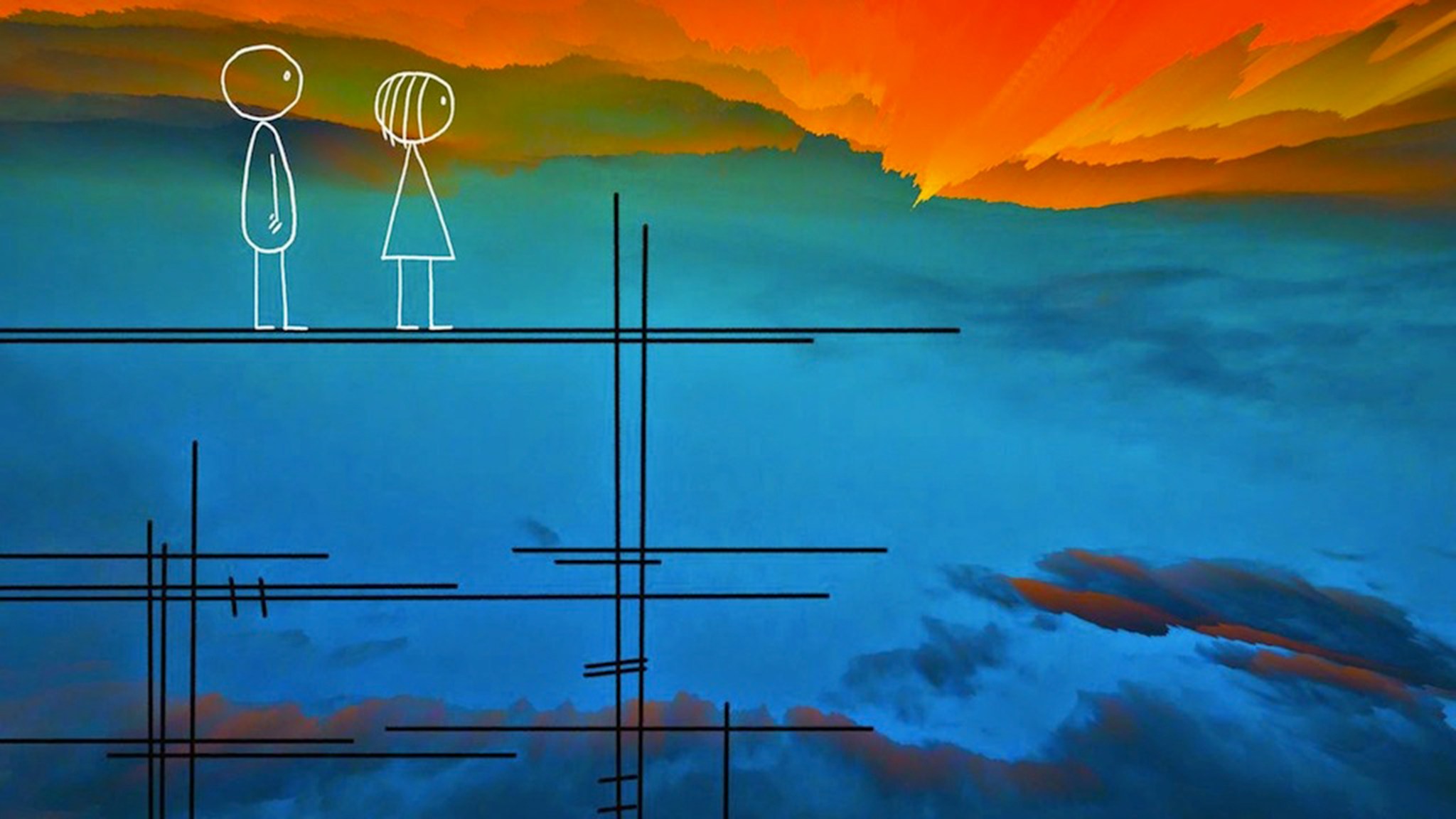 Can you name a short film off the top of your head? Something you’d identify as a short film — you know: a film, but shorter. Not a YouTube video, not a skit. A short film.

If you can’t, that’s all right. Short films have long occupied a place in the moviemaking business similar to what short stories are for writers: They’re a way to hone your skills before you attempt the big project. But in the literary world, many writers will remain short-story specialists throughout their careers, even if the form is not generally as lucrative or as popular as the novel. Very few filmmakers, on the other hand, keep on making shorts. Short films are practice — they’re rehearsal.

Forget all of that and watch World of Tomorrow, an animated piece by Don Hertzfeldt that won the Grand Jury Prize for Best Short at Sundance.

Only 16 minutes long, and available to rent on Vimeo, World of Tomorrow is about a clone who comes back from the future to visit her young original self, and to describe the loves — ranging from human to mineral — that will define that child’s soon-to-end life. If that seems absurd, don’t worry: It is. But it’s all rendered so beautifully, on both a visual and emotional level, that by the end of the short, you’ll wonder less why it’s all happening and more what this means for the development of this little girl, a barely vocal sprite, who’s just been burdened with the very adult knowledge of death and heartbreak and need.

Aside from the fact that it might make you cry, World of Tomorrow — which is done in a style you could call avant-Flash; it looks a little like the games you used to play while you were bored in Psych 101, except a thousand times more wonderful — has an impact of a different sort. If a short can suture this much visual poetry into the fabric of a quarter-hour, then the medium must be underrated. That’s efficiency. And it suggests an idyllic future: What if you could get the satisfaction of a feature film in less time than it takes you to rewatch a Gilmore Girls episode for the fifth time?

Obviously, that’s a thought experiment; most filmmakers make features because most filmmakers are not Don Hertzfeldt: It isn’t easy to fit two hours of emotion into 20 minutes. But the point still stands: This is a viable entertainment that we’re severely underemploying. Why is that? Based on the way we consume media now, we should be in the Age of the Short.

Every day, YouTube’s billion users worldwide watch hundreds of millions of hours of video. The range of what they’re watching is the breadth of human existence — I still think regularly about this great Jake Swearingen piece touching on YouTube as the Panopticon — and while art might be only a small part of that breadth, it’s there. Among all the sloth videos and Worldstar fights and confessionals, there’s room for fictionalized entertainment, and not just comedy, which has already landed because it shares well and doesn’t require a full narrative or thematic gist.

High Maintenance has an audience in the six figures. A significant part of this has to do with the fact that High Maintenance is great, thoughtful and sweet and never glib, a truly sincere piece of work in an aggressively insincere world. Another part, though, comes from the thrill of the reset. With each episode, you have no idea what you’re in for, and that fresh beginning helps establish each character as the protagonist in his or her own world — which, of course, we all are to ourselves. Plus, you can watch each one in 15 minutes or less. It’s consumption tailored nicely to a laptop beside your cutting board or an iPad screen in bed.

Like High Maintenance’s, Hertzfeldt’s success is significantly tied to the passion of his fans, who have patronized his work in the intimate way an off-mainstream artist requires to survive in 2015. But that work deserves a wider audience, and World of Tomorrow should be the catalyst — with its coexistent wonder and darkness, bringing to mind David Lynch and Hayao Miyazaki, this is art that has a place in a tradition of entertainment, not some abstract experiment bound for MoMA. And it takes only 15 minutes. Although, fair warning: You’ll be thinking about it for longer than that.

It’s Time to Take Up Smoking, Wearing Brass Knuckles, and Staring Into the Neon Night Skyline: ‘True Detective’ Is Back