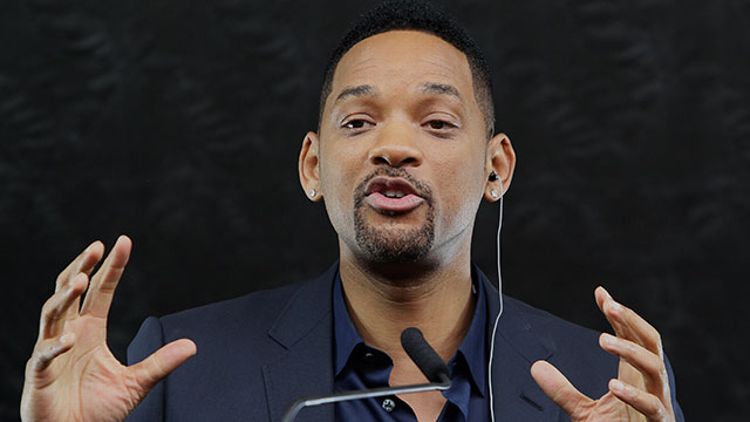 That bit where Bugs Bunny takes a handsaw to the state of Florida, casting it forth into the sea? Will Smith and director Shawn Levy (Night at the Museum, Real Steel, The Internship) are gonna do that to Manhattan in City That Sailed. (No way this movie’s not getting a The before the title at some point.) When Smith began eyeing the project in 2009, it was about a street magician breaking the island off and guiding it to London to reunite with his daughter; the new description says it’ll involve a father and daughter captaining the metropolis together. Either way, you’re imagining 13-year-old Willow Smith for the part, even though she hasn’t demonstrated as much love for the making-blockbusters-with-dad pastime as Jaden has. That’s fine. Let’s go straight to 10-year-old Quvenzhané Wallis, who honed her fantasy chops in 2012’s Beasts of the Southern Wild before scooping up the Annie remake’s lead role … from Willow.

Screenwriter Audrey Wells, whose MO is all over the place — The Rock’s football-player-suddenly-has-to-take-care-of-daughter movie The Game Plan, the Diane Lane rom-com Under the Tuscan Sun, George of the ever-lovin’ Jungle — is rewriting a script that began with The Truman Show’s Andrew Niccol. Levy, though a fast worker, won’t get to City That Sailed until he wraps Night at the Museum 3, which isn’t scheduled for release until Christmas 2014. And Smith, of course, could certainly, if not desperately, use a W. After Earth opened in third place at the box office with $27 million over the summer. It finished with $60 million domestically, a terrifically small number for Big Willie. Even After Earth’s worldwide take of $244 million was well below half of what I Am Legend and Hancock each earned globally. But if Smith hasn’t picked the right film to successfully skipper into a new ocean of dollars, he can always turn to us before making his next next move.