Why the VMAs Is the Perfect Awards Show 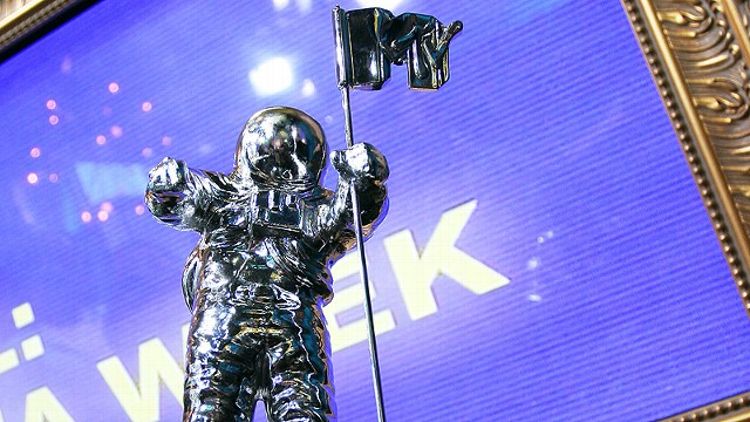 I hate every awards show except the MTV Video Music Awards. The Oscars, the Emmys, the Grammys, the Golden Globes, the Screen Actors Guild Awards, and all of the other fringe awards shows have it all wrong by pretending like their stupid trophies matter. We only watch awards shows to judge the way people look and facilitate our sick obsession with critiquing the projected personalities of celebrities.

The MTV Video Music Awards is the perfect awards show because every year it is a slave to hyper-recent cultural trends. Above all else, the VMAs create a stimulating awards show for the viewer by being completely shameless when it comes to curating a handful of moments worth talking about. This is the same sort of trend-addiction vortex that got Psy to a billion views on YouTube. The VMAs aren’t like the Oscars, piling the legacy of the entire show on one guest host. Their strategy seems to be putting as many celebrities as possible in the same room and hoping it turns into chaos, which basically means a black rapper interrupting a teenage white girl’s acceptance speech.

Most award shows are having an identity crisis. As James Franco and Anne Hathaway proved in 2012, catering to younger demographics and Internet critics will get you nowhere. Hiring Billy Crystal every other year will continue to make your award show even more culturally irrelevant. We all know that these awards are fake, biased, or strategically influenced by powers that think they are creating history. Realistically, their awards are just a passing talking point in a cultural cycle, but the event is only defined by who showed up, what they were wearing, and whether or not they said something stupid.

These are a few reasons why the MTV Video Music Awards are the last pure televised award ceremony.

MTV itself is the embodiment of a hollow scam to exploit culture. We’ve all pondered why MTV stopped showing music videos, then realized that only unique content will make a network survive. Then we learned that unique, live content is where you make great money since your network allegedly controls a three-hour block of programming. Even the mere idea of a network that doesn’t show music videos having some sort of “authority” in music or music videos is completely laughable. However, it is this fundamental flaw that liberates us from thinking we are doing anything more than killing time on a Sunday night by watching the usual celebrities trying to create the water cooler moment of the show.

I’m not even sure why it’s not “The MTV Music Video Awards.” Why are they called the Video Music Awards? Do we even know or care how an artist wins a VMA? Do we have any recollection of a memorable VMA win? Do the artists really sit in anticipation, hoping that they win a VMA to join legendary ranks of previous VMA winners? Does anyone even know what the Video Vanguard Award means? Does our generation only know the word “vanguard” because of the VMAs Video Vanguard Award?

Some people like the glamour, history, and pageantry of the Oscars, but in a way those people are conservationists in the worst possible way. Grounding your awards show in history in order to maintain authenticity keeps you from “making mistakes” by honoring an artist that is too current. Usually, we hold it against entities that excessively value current trends, claiming that it tarnishes their legacy.

The VMAs isn’t so serious, so the show is allowed to invite the viral YouTube sensation of the week to appear in an effort to capture the attention of the tween and post-tween demographic. If you had a billion Twitter followers, and promised to tweet out a hashtag every couple of minutes, I’m sure you could host the VMAs due to your social influence. Whether it is a teenage boy, a jolly Asian man, or a viral kitten, the VMAs aren’t afraid to dip into the Ellen zone of meme exploitation.

No Corporate Bias and Network Agenda

One of the things I hate about most awards shows is when there is a blatant network agenda. Sometimes it is obvious some executive saw the entire show as an opportunity to cross-promote a bland sitcom on Wednesday nights, or the network’s recently launched late-night comedy project. MTV creates stars out of broken humans, so we will not be seeing Jenelle from Teen Mom, or the two dudes from Catfish, hosting the VMAs as a glorified ‘product tie-in.’

The Blatant Curation of Memorable Moments

The VMAs is the kind of awards show that would pair Amanda Bynes and Drake as presenters just to create a “break the Internet” moment. I appreciate this focus on the curation of memorable moments because awards shows aren’t remembered for winners and losers. People remember “moments” that are candid, whether in the context of an acceptance speech or as a guerrilla free speech antiestablishment stage-crashing. In my book, the SOY BOMB crash was the greatest moment in Grammy history, because the rest of the show tries too hard to ‘link us back to musical roots with collaborative duets.’ This basically means that the Grammys are still for old people.

My perception of the entire show is the result of an extensive negotiation between VMA producers and publicity agents for stars. I can only imagine someone showing up if they are promised significant screen time, either by way of an extended performance or a memorable award. Earlier this month, MTV announced that Justin Timberlake would win the Video Vanguard Award, and rumors continue to fly about a possible ‘N Sync reunion. I just assume that Justin Timberlake’s publicist or record label mogul told the 2013 VMA producer that JT would only show up if he received the Video Vanguard Award and had the opportunity to sing an entire song. Both parties have a pretty straightforward agenda. They need one another.

Red-Carpet Fashion Is Only Interesting When People Look Stupid

One of my biggest pet peeves in awards-show coverage is complimenting people who dressed appropriately because they generally looked “good enough.” As social beings, we primarily exist to criticize and demean the intentions of other people. Analyzing fashion is only fun when someone looks like a complete wreck.

The VMAs allow celebrities to be properly commodified into good-looking sexual objects that wear inappropriate clothes for us to talk about. At ‘real awards shows,’ celebrities tend to dress as though they have to show respect to the history of the show. The VMAs are where Lil’ Kim shows up in a nipple pasty, which basically means that anything goes.

There is nothing sadder than seeing a show host encouraging viewers to “get in on the discussion” by tweeting a specific hashtag. Then you hear that the encouraged hashtag is sponsored by a popular soda, teen-oriented beauty product, or chain taco franchise. You wonder if there is anything pure left in the world, then realize that what you are watching is complete garbage and not even worth protecting.

The MTV Video Music Awards doesn’t have any integrity to protect, freeing it to be a block of programming designed to generate as much attention as possible. Awards shows are boring, and people who actually care about ‘who wins’ are dorks who do not represent a lucrative demographic of viewers. The Video Music Awards keeps us tuned in with teasers of memorable performances and must-watch moments.

On Sunday night, the 2013 MTV Video Music Awards will eventually come to an end. Within an hour, I will have no recollection of any winners. I will remember two celebrity fashion disasters. One or two performances will stick with me. The next morning, I’ll wake up and none of it will have mattered.