Why Can’t We Have Nice Things? HBO Is Not Picking Up the James Gandolfini/Richard Price Project 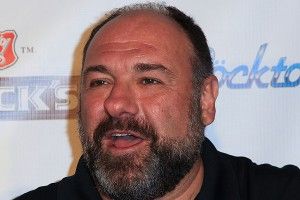 James Gandolfini breathed life into Tony Soprano, one of the richest, darkest, truest characters TV will ever see. Richard Price has crafted literary crime-novel classic after literary crime-novel classic, and co-shepherded The Wire to greatness. Together they’re … just two more guys who can’t get their pilot picked up. On Tuesday, HBO announced it was passing on Criminal Justice, the Gandolfini-starring, Price-penned BBC adaptation. Well, that’s no fun.

Even aside from that sterling pedigree, it sounded pretty good. According to THR, “The original New York–set drama tracked a person on trial for murder through the court process, with each of its two five-episode seasons consisting of a new cast. HBO’s installment would revolve around the first arc, which tracked Ben Whishaw as Ben, a guy who wakes up after a night of partying with a stranger to find her stabbed to death and is charged with her murder. Oscar-winning scribe Steven Zaillian had been tapped to co-pen the pilot and direct, with Richard Price … on board to join him as a writer. For his part, Gandolfini would have starred as Jack Stone, a downtrodden jailhouse attorney who frequents police stations for clients.” And now, it’s just another bit of never-ordered-to-series ephemera.

On the plus side, maybe this means Price will finally turn in his new book? It’s been half-a-decade since Price’s word-for-word perfect Lush Life, and the townsfolk are growing restless. In August of 2010, a new Price book was actually announced, and it was a total curveball: Price would be writing crime lit still, yes, but under a pseudonym, Jay Morris, and as part of a series. According to the New York Times, “The first book in the series, as yet untitled, about a 40-year-old New York City police detective turned night-watch sergeant whose career was ruined after a controversial shooting, will be released in the fall of 2011.” The fall of 2011 was, of course, so long ago that we didn’t even have flying cars then.

It’s not like Price hasn’t been active in the time since. Before this latest TV endeavor fizzled, Price saw his cop show NYC 22 squeeze out a meager 13 episodes on CBS in the summer of 2012. But now that the TV industry has proved itself to be a cold, ungenerous lover two times in as many years, maybe it’s finally time — time for Richard Price to unleash the Jay Morris.