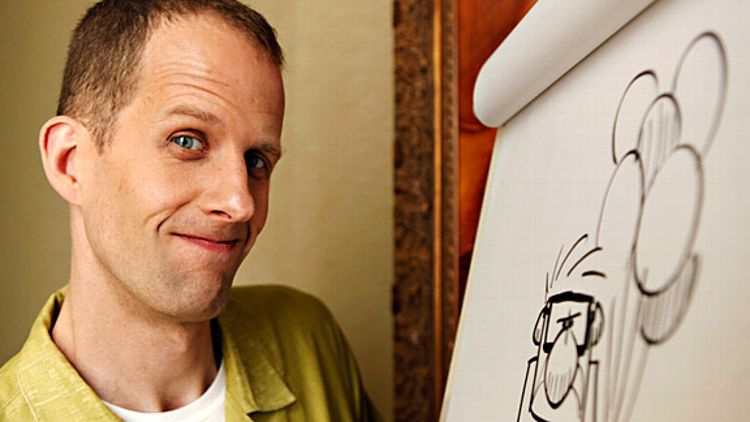 Over the weekend the critic-proof money-printers at Pixar announced two upcoming, top-secret projects. The first, scheduled for the end of 2013, is about dinosaurs — more specifically a world in which dinosaurs and humans co-exist. (Story credit: Michele Bachmann?) This seems like a slam-dunk for the studio as the only possible subject matter with greater universal appeal to children is GoGurt.

It’s the second film that’s truly intriguing. Due in the summer of 2014, the picture — directed by Up genius/human cartoon Pete Docter and rumored to be written by Little Miss Sunshine scribe Michael Arndt — is set “inside the human mind.” Despite the cloak of self-important secrecy, we’re fairly sure we can rule out an animated version of not-beloved nineties sitcom Herman’s Head (although we hear Head co-star Yeardley Smith does have some experience with voice-over work). Further speculation over at Slashfilm suggests the film will explore the concept of idea creation from an internal (read: trippy) perspective.

This sounds fascinating and worthy and also opens up a fun new game: musing over just whose brain the film will depict. Because if it’s a typical Pixar tyke then we’re doomed to a lot of surging do-gooderism (voiced, no doubt, by John Ratzenberger) spiked with an occasional lust for dinosaurs (or, say, GoGurt). But what if the film’s POV was nestled within the cranky cortex of Larry David? Just imagine the anthropomorphized antics of his raging libido (Nick Kroll), insecurities (Christopher Mintz-Plasse), hypochondria (Chris Rock), and smug self-regard (Gwyneth Paltrow)! Or, if Pixar really wanted to push the envelope (off the table entirely) it could set the film in the drug-flooded cerebellum of Charlie Sheen — the jagged highs and lows, radical chemistry and terrifying long-term prospects would produce a cartoon that would make a Gaspar Noe movie seems as innocuous as Monsters Inc. Let the guessing games begin!