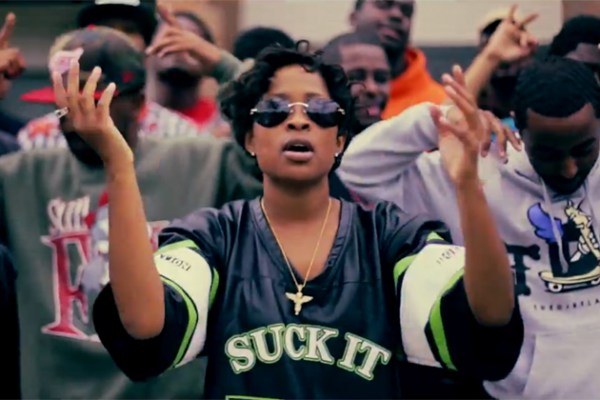 Tuesday night, one of the great musical rites of passage took place in Lower Manhattan: the first New York show. As a part of New York’s annual CMJ Music Marathon, Vice’s music channel, Noisey, brought rapper-of-the-moment Dej Loaf to headline its showcase. For the hour leading up to her set, the venue — Santos Party House — was moderately full. It wasn’t what you expected for the first show by the latest rapper to be anointed the “next big thing,” mainly off the strength of her soothing-yet-aggressive first single, “Try Me.”

But by the time she hit the stage — pocket-size as ever and wearing a fur, bucket hat, and carrying a bottle of Hennessy — the room was packed. And ready. Standing in the back, you could occasionally lose sight of her. But you could always hear her. And understand her, even as she went through new music — always a treacherous task as a new artist. But with an ease, she won over the crowd with her set. And then she brought out her mom and they danced. And then she switched out her fur for a gold jacket and brought out two-thirds of The Lox (Jadakiss and Styles P) and Remy Ma to perform verses on “Try Me.”

As Dej Loaf closed out the evening with her verse from her hit, the New York rappers looked on, proudly, onstage behind her. The blessing from older artists to newer ones is still an important tradition in hip-hop, and last night was no different. What makes it all the more interesting is that Dej isn’t even from New York. She’s from Detroit.

So who, exactly, is Dej Loaf?

Who Is She? Dej Loaf, your new favorite rapper.

Does She Have Famous Fans? Yes. Drake and Wiz Khalifa were early cosigners. Also, Kevin Durant.

Is “Try Me” Her Only Song? Not even close. If you want to hear old Dej, there’s her first mixtape, Just Do It, released in 2012. And yesterday, she released another mixtape, Sell Sole, which truly shows Dej’s ability to sing and rap over varied production. The mixtape has features from Birdman, Ty Dolla Sign, Young Thug, and Remy Ma.

Is This Mixtape Good? Yes. It is very good. You should listen to it right now.

How Do You Pronounce Her First Name? It’s more of a “dehj” than a “deej.” And it’s certainly not “Dej” as in “DE-JAY.” That’d be silly. One syllable, as if you were saying “déjà vu,” which makes sense, considering her first name is Deja.

Is She Signed? Yes, Dej was recently signed to Columbia Records.

Does She Like Wearing All White? Yes, she said it makes her feel godly. 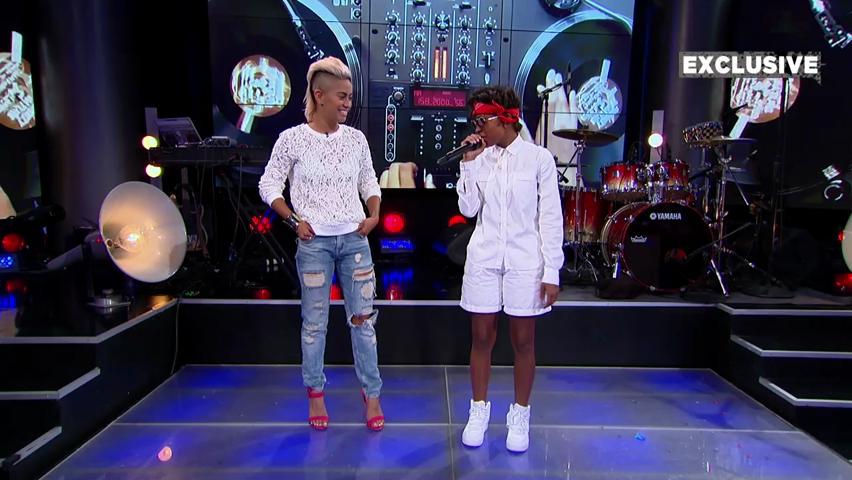 Should This Picture of Remy Ma and Dej Loaf Be the Final True Detective Season 2 Meme?

Yes. Also, if this doesn’t make you smile, go to the hospital. I think you may be dying.

What Other Rappers Would You Compare Dej Loaf To? Part of you wants to jump to Foxy or Lil’ Kim, or maybe Eve at times, but none of them really work. Her rap-singing back-and-forth has some Aubrey Drake Graham sprinkled in, but some of the more aggressive, confrontational topics Dej raps about are much more believable when she does it than when Drake attempts the same. Detroit’s a unique place, and she’s a product of that environment, which is one of the many reasons she currently exists in this island, to herself. So there’s no need to really compare her to anyone. Just appreciate her, this new, weird, refreshing thing — a thing that could be around for a while.

Lightning Round: The First ‘Avengers: Age of Ultron’ Trailer Is Here, Earlier Than Expected