Who’s That Guy?: Christopher Eccleston, Who Just Got His Own Episode of ‘The Leftovers’! 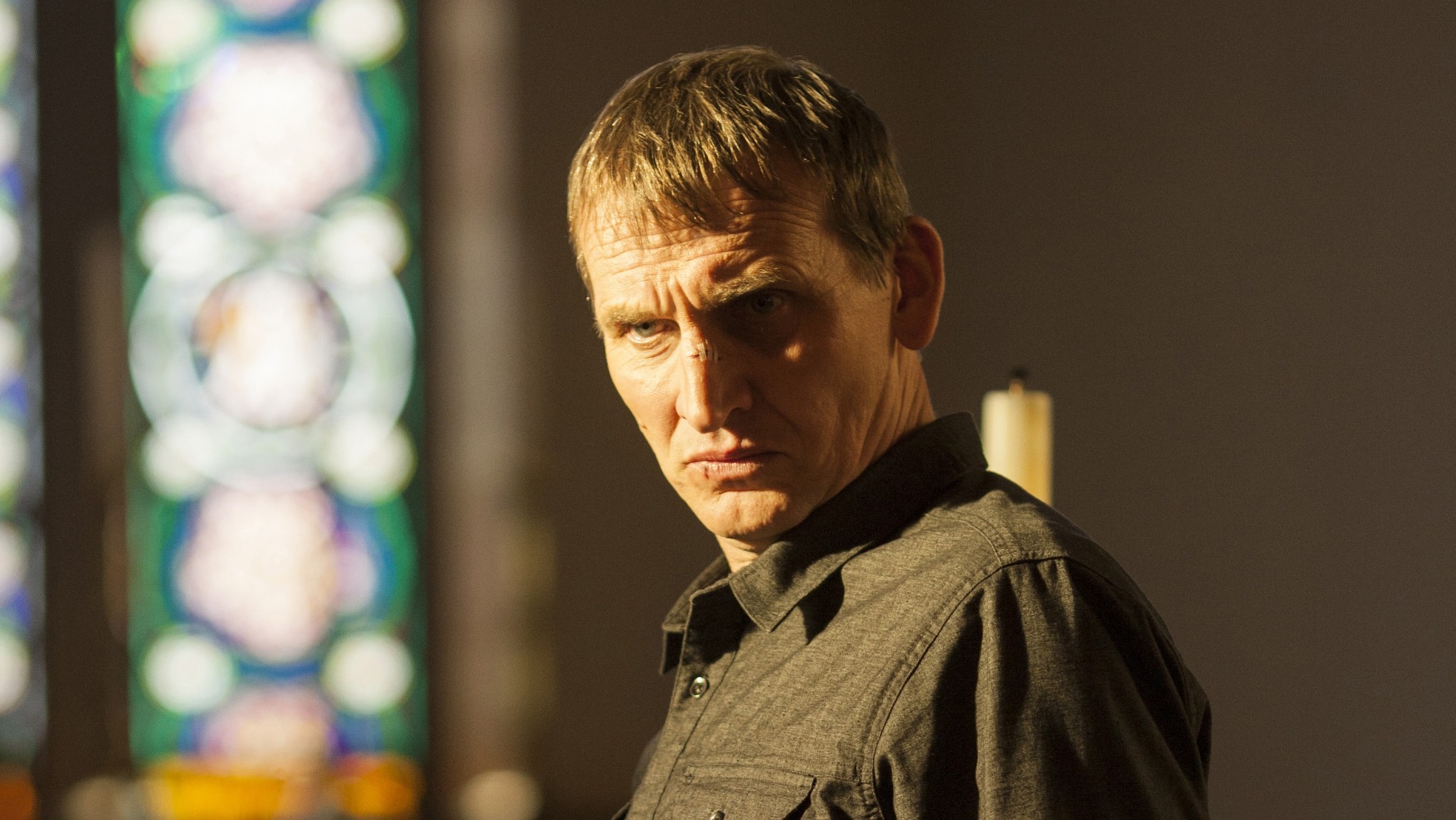 Just three episodes in and The Leftovers goes and gives a whole hour to a dude we only know, so far, for his aggressive flyering techniques?! Co-creators Damon Lindelof and Tom Perrotta did give us fair warning, though, early on promising individual character-based episodes. (Perrotta now says, “There’s one more stand-alone, single-character episode in the show. And looking at it from our vantage point now, I think [those episodes are] definitely two of the strongest in the season.”) And it’s not like that wasn’t an entertaining chunk of television last night: Angry Flyer Guy, as played by Christopher Eccleston, is, it turns out, Reverend Matt Jamison, a troubled Job type of fellow, flirting with the dark side in a harried, bloody effort to save his church and aid his wife. Which still leaves one very important question: What the fuck is a Christopher Eccleston?

Name: Christopher “No Highfalutin Middle Name Despite What Years of British Stereotyping Have Led Us to Believe” Eccleston.

I’m British. Where Do I Know Him From? First, an apology here to all our friends in the U.K. Certainly you’ve been appreciating the man’s much-respected and oft-celebrated work for years? Perhaps you go as far back as 1994, when Danny Boyle cast him, alongside Ewan McGregor, as an increasingly homicidal corner of a love triangle in the wonderfully twisted Shallow Grave.

Or maybe you first met him via some of his late ’90s successes, including the seminal TV drama Our Friends in the North (in which he costarred with Mark Strong and Daniel Craig), or the title role in Michael Winterbottom’s Jude and the real-life character of Trevor Hicks in Hillsborough, who lost both his daughters in the infamous football stampede?

By 2005, Eccleston was well-enough regarded to become the Ninth Doctor in the 2005 return of Doctor Who. The cultural institution had been dormant since 1989 and, while now a full-fledged fascination object on both sides of the Atlantic, not necessarily guaranteed an audience upon its first resuscitation. Eccleston assured it a soft reentry, but carried the torch for only one season before handing it off to David Tennant. In 2009, Eccleston explained that he “loved playing” the Doctor, but “could not get along with the senior people.” Also: “I thought to remain, which would have made me a lot of money and given me huge visibility, the price I would have had to pay was to eat a lot of shit. I’m not being funny about that. I didn’t want to do that and it comes to the art of it, in a way. […] If you allow your desire to be successful and visible and financially secure — if you allow that to make you throw shades on your parents, on your upbringing, then you’re knackered.” Listen to Chris Eccleston, kids. Don’t get knackered.

I’m American. Where Do I Know Him From?: For us simple USA! USA! folks, Eccleston has provided no shortage of “Who’s that guy?” moments. In 2000, he was Raymond Calitri, pulling ol’ Memphis Raines back into the carjacking business in various diabolical, unnecessarily elaborate manners.

In 2007, he had a run as Claude Rains, the invisible man, on Heroes; In 2009, he was poor Destro in G.I. Joe: The Rise of Cobra. And, continuing his commendable streak of ridiculously named villainy, just last year he was Malekith in the Thor sequel. If you don’t want to see Eccleston’s soul quietly and tinily crushed by the repeated need to explain his character via the phrase “dark elf,” do not, I repeat do not, watch the video below.

And let us not forget 2002’s 28 Days Later, his reunion with Boyle. The modern originator of the “fast zombie” trope, 28 Days Later was a perfectly creepy end-of-days movie in that its nightmare scenarios seemed all too realistic. And lots of credit there goes to Eccleston as the elegant Major Henry West, who warmly welcomes young Cillian Murphy and his female traveling companions into a makeshift mansion-bunker before eventually revealing, no, all is not quite good. Quiet Eccleston voice: “I promised them women. I promised them women.” [Shudders.]

Lastly: Has Anyone Ever Set a Montage of Christopher Eccleston’s Roles to the Song “Bad Boy” by Popular German Dance Duo Cascada?

Filed Under: TV, the leftovers, Christopher Eccleston, HBO, Who's That Guy

Blockbuster Talk: ‘Dawn of the Planet of the Apes’ … in Super-Enhanced, Body-Pummeling 4-D!