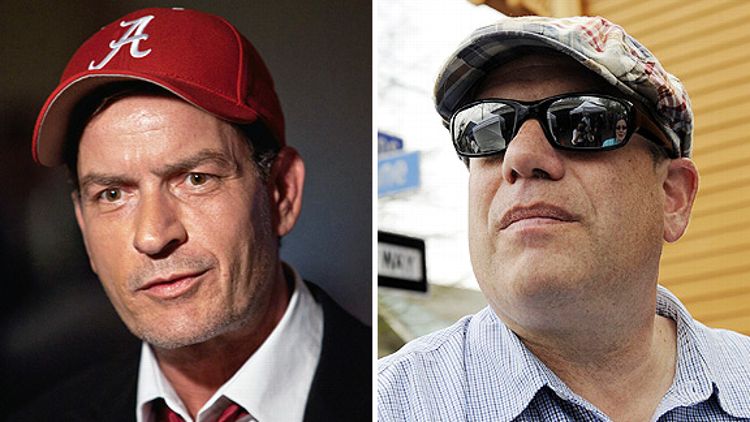 Noted publicity-phobe Charlie Sheen has been grudgingly pried from his life of solitude and monkish reflection by producer Joe Roth who intends to build a sitcom around Sheen based on the haltingly remembered 2003 comedy Anger Management. The only hiccup? Finding a showrunner willing to work with the infamous warlock — and preferably one without a Hebrew name.

Far be it from us to tell the producer of Daddy Day Care how to go about his business, but might we suggest David Simon? What’s that, you say? The man responsible for the greatest show in the history of television teaming up with the drug-addled goon who was recently fired from TV’s worst? Bear with us! First of all, who but a colossally hard-headed — yet undeniably brilliant! — bulldozer like Simon could survive working with the crack-smoking death spiral that is Charlie Sheen? (This guy? We think not!) But their connection goes deeper! Sheen’s first post-Men foray was an attempt to webcast himself on Ustream — a debacle that was written off as “pointless” and “sad” which are also words used to describe Tremé! But it’s the always-prickly Simon’s indisputed ability as an artisanal grudge-farmer that could really be put to incredible use when paired with Sheen’s ever-smoldering pit of resentment.

And should Sheen succumb to his demons during production, well, so be it. As Simon put it in a recent, par-for-the-course interview/therapy dump with Salon, “You’re gonna die, and everyone you love and care about is gonna die. Life is finite.” We’re telling you: comedy gold!

Filed Under: Charlie Sheen, David Simon, The Wire, Two and a Half Men