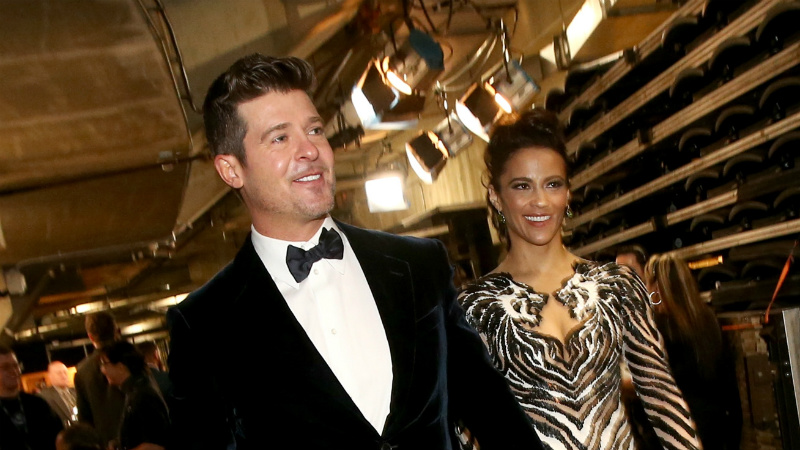 Things we know for sure: Robin Thicke and Paula Patton split up in February after nine years of marriage. Things we don’t actually know for sure, but that all seem to be more or less agreed upon: There were probably other ladies involved. Things we also know for sure: Thicke’s new album is called Paula, it’s devoted entirely to winning her back, and it’s definitely gonna work. I mean, come on: This is a fantastic plan; more important, it’s Canadian royalty and increasingly-jowly-but-still-unstoppable sex-machine Robin Thicke we’re talking about here. The only question: At exactly what point in the Paula listening experience will Patton officially call off the divorce lawyers? Let’s consult the recently released tracklist to find out! 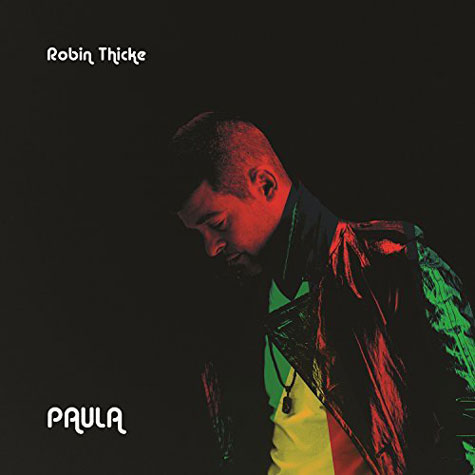 “Sure, right, of course,” Patton will say here, at first, nodding sternly to herself. “Nothing he hasn’t been incessantly texting me for months.” But then the chorus will hit, those mellifluous high notes taking the express elevator right into her left ventricle: “You’re my fantasy, baaaby.” “I … I need a glass of water,” Patton will softly stammer.

This is the single! The single of his new album! His new album that’s called Paula! Thicke’s not messing around, bringing in the heavy artillery right off the bat. It won’t be that easy to reconquer the disputed territory, of course. But the exterior defense fortifications have been at least partially breached.

This sounds like a doubling-down of the sentiment introduced on Track 1, although possibly in a more sentimental swan-shaped-boat rides kind of way. Right now she’s remembering all those hand-in-hand visits to the observation deck at Toronto’s famed CN Tower.

A polite reminder that NO ONE sexes like Thicke sexes. Paula, get a firm chair. Sit in it. Wait it out. Those knees will become unweakened again eventually.

Um. Hmm. Seems like a misstep in intent here? No worries. He’s probably just giving Patton a chance to catch her breath.

Sure, yeah, let intermission run for a little longer. People haven’t had a chance to even get souvenir plastic wine cups yet, I bet.

“… is what won’t be hangin’ over us, once you cancel divorce proceedings, my sweet, sweet amor …”

“… is what we’ll never think about the album Paula, Paula, because it convinced us to rebuild our damaged but not irrevocably so communication channels …”

By now, Patton’s three-quarters of the way in the bag. There’s been sex, there’s been love, there’s been well-considered break periods … it’s just going to take …

… in Robin Thicke’s big strong arms, for FOREVER and EVER. So which track actually sealed the deal? Come on. It was always gonna happen: He had her at “overwrought displays of affection delivered via incredibly blunt concept album.” Happy second marriage, you guys. I bought you star-shaped ice cube trays.

The final 'Dawn of the Planet of the Apes' trailer is here. And: Never give a machine gun to a drunken ape. What are you, insane? Maybe we deserve our new simian overlords, you dummy.