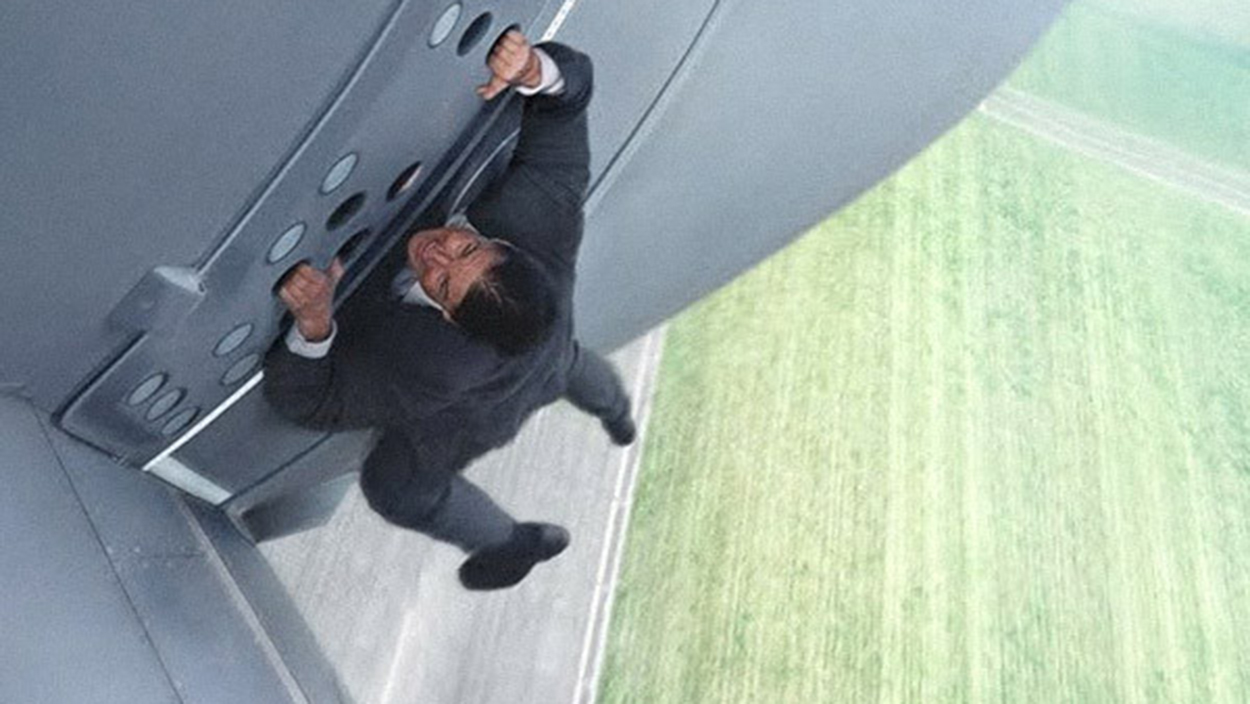 Hey, it’s me, Mark Lisanti, your trusty Hollywood Prospectus editor, except … I just ripped off an incredibly lifelike mask, and it’s me: popular writer and molder of young minds, Shea Serran—OH MY GOD ANOTHER MASK! IT’S ME: CHRIS RYAN.

Don’t look so disappointed. I’m just here to talk to you about #ROGUENATION.

WTF does “Rogue Nation” mean? Let me answer your question by asking a question: What in the name of Dougray Scott did “Ghost Protocol” mean? After all of these years, do we even know what the Rabbit’s Foot was? Who cares! When it comes to Mission: Impossible movies, what comes after those two words DOES NOT MATTER. What matters is the following:

I am incredibly down with Mission: Impossible movies. Why? No capes. Also? With the exception of the “dark” Mission: Impossible 3, they are all really enjoyable. The first few were written by (among others) David Koepp, Steve Zaillian, and Robert Towne, respectively. They are at once incomprehensible and very clever. The brilliance of the franchise is that it allows its directors just enough leeway to do their own thing. When Brian De Palma made the first in the series, it was a psychosexual thriller. John Woo made a two-guns-up action movie in Mission: Impossible II.

J.J. Abrams did the Rabbit’s Foot/MacGuffin thing in the third installment, and let Philip Seymour Hoffman totally off the leash, to create the series’ only memorable villain, Owen Davian:

Brad Bird brought a sense of breathtaking imagination to Ghost Protocol, and now Christopher McQuarrie looks like he’s going to get as much tactile, ’70s/early-’80s action in as he can. Also? YOUR MAN SCORED THIS THING WITH THE FUGEES. You know I’m trying to see this when it comes out. I’m still reeling from that NOC list drama from back in 1996. Ethan Hunt is the American James Bond. If you’re mad that none of the movies make sense, you’re doing it wrong.

‘The Andy Greenwald Podcast’: The Cast of ‘Looking’ Discusses the Season Finale