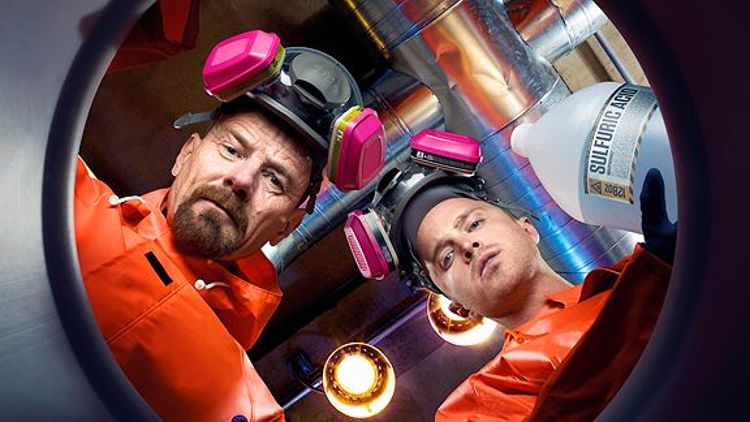 In a move sure to send their nascent stock offering plummeting, AMC has begun a dangerous game of hardball with one of its signature, non-boring shows. According to the L.A. Times, negotiations between the network and Sony Television over the fifth (and planned final) season of Breaking Bad have soured, with AMC reportedly asking for budget cuts and fewer episodes. Sony, no doubt aware of the millions of dollars in grooming costs saved when they shaved Bryan Cranston’s head, have responded by quietly shopping the show to other networks. While the idea of Heisenberg peddling his wares elsewhere come 2012 is far-fetched, we thought it best to imagine some potential landing spots for the series — and subsequent demographic tweaks — just in case.

The Tweak: After struggling with recent launches, FX is thrilled to snatch a proven hit. In pursuit of network continuity, however, actor Dean Norris is immediately replaced by the equally bald Michael Chiklis who reconceives affable DEA agent Hank as a lawless renegade. In the span of one episode, Chikilis-as-Hank shoots his partner Gomey in the face, beds Skyler, disappears Jesse in the desert, and uses a phone book and pair of pliers to get a more favorable cash-split with Walt. The rest of the season passes without incident.

The Tweak: Hoping to inject some buzz into a line-up dominated by antique roadshows and antiques, PBS pitches Bad as an edgy replacement for Bill Nye the Science Guy. Clad in his trademark bow-tie and jet-black fedora, Mr. White teaches kids science through practical applications like how to poison a burrito, blow up a drug dealer’s office, and gerry-rig a battery for a stalled-out meth lab. Viewership — and sales of pseudoephedrine — soar.

The Tweak: A Food exec accidentally overbids on the show after learning that Jesse Pinkman has a popular truck he uses to drive around and “cook” in. Initially, Tyler Florence is added to the cast as guy who challenges Heisenberg and Co. to prepare their popular product blindfolded, and with catfish as a secret ingredient. After Florence is brutally gunned down, Guy Fieri is introduced as an “extreme” rival who gets the entire region hooked on his outrageously addictive Honey Ballz.

The Tweak: AMC’s blood rival maintains the show’s quality but adds the one inimitable ingredient that it does better than anyone else: nudity. In the fifth season premiere, a new set of villainous twins emerge seeking revenge against the mysterious Heisenberg. Only these twins aren’t from Mexico: they’re from Coors Lite commercials. And boy do they hate shirts! Cornered, Walt and Jesse are forced to hide out in Albuquerque’s most notorious and well-lit strip club while they hash things out. Ratings skyrocket until HBO pushes the envelope a little too far by boldly removing Mr. White’s trademark tightie-whities.