What Will NBC’s Follow-up to The Sound of Music Live! Be? 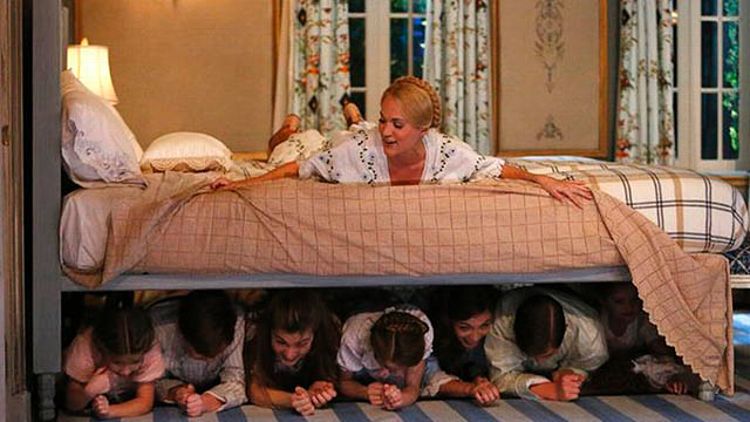 Ah, you’re thinking, Tuesday. A safe distance from last Thursday, when my virtual social world was overtaken with The Sound of Music Live! reactions. A page turned from Friday, when my favorite website, Grantland, ran not uno, but dos brilliant essays on NBC’s spectacle. SNL has dealt with Carrie Underwood & Co., and so it was mentioned again just yesterday in a recap on this very blog. But now, you say to yourself, there is nothing left to say.

Yesterday, NBC Entertainment’s chairman Robert Greenblatt announced that The Sound of Music Live! producers Craig Zadan and Neil Meron are planning another live musical event for next year’s holiday season. This news is far from surprising, considering TSoML’s earth-shattering ratings that appealed to both snarky rubberneckers and wholesome, innocent Rodgers and Hammerstein fans. Meron, Zadan, and Greenblatt told the New York Times that they were “circling a couple of titles” for the follow-up, requiring their choice to be both family-friendly and familiar to all. In fact, Greenblatt seems so giddy over TSoML’s success (despite the wintry mix of chilly reviews) that he’s gazing optimistically into the future of this new tradition (“who knows what happens in Year 2, 3 or 4”).

In retrospect — because what have you been doing for the past five days but calibrating your theses on the meaning of Carrie Underwood as Maria? — The Sound of Music Live! seemed slightly influenced by Sharknado, which threw two dissimilar forces into a blender and served you something that bore all the markings of a tweet-worthy mess (accidentally or on purpose); The Sound of Music Live!, however, actually convinced you to show up and watch it. Underwood, whom Greenblatt said was chosen based on her availability and fan base, was a strange enough choice for Julie Andrews’s successor that enlisting her to perform the show live seemed almost hazardous. Dangerous — like theater! Anything could happen, and though nothing terrible transpired (I, like Rembert, found myself hunting for the show after it aired and I had already been assured that nobody wound up like Kenny Powers, having a panic attack under the hot lights of Sports Sesh), we really felt as though it could have. But it wasn’t only that: Most of us know Sound of Music, and like gingerbread cookies or old puffy parkas, it has become a relic of our childhoods, like so many things you don’t necessarily love or hate. They’re cozy just because they’ve always existed along with us. Nobody has that investment with a shark or a tornado. If you are familiar with a shark or a tornado, you probably spend most of your time trying to avoid ever seeing them again.

The Sound of Music Live!’s production schedule took 18 months, but Greenblatt thinks the follow-ups will require less time. What they won’t have is the novelty value of the first incarnation, which will require NBC to spend the next year considering the advanced chemistry of television events in the age of social media. The casting will have to remain unpredictable without being too obvious in offering up its stars for mass ridicule; the choice of musical should hit all relevant nostalgia points while not resembling a hokey time capsule. I’m going to join the echo chamber and reference Molly Lambert’s suggestion of Guys and Dolls, as Andy Greenwald did, and blot away a tear that City of Angels is probably not up for consideration. I’d like to see NBC try its hand at West Side Story, South Pacific, and The Music Man, ideally saving titles like A Chorus Line, Godspell, and Rent for a triple-axel shark-jump in 2021. It’s actually sort of intriguing to think about what the second installation will be: Is this franchise going to become (Singing and) Dancing With the Stars, with its lead roles filled by familiar reality show and competitive-reality show faces (picture Lee DeWyze, singing to Officer Krupke) and plopped amid Tony winners? Or will the producers find ways to outfox us using their multibillion-dollar meme-brain robots and heighten the stakes each year (pageant queens in a reverse-gender Singin’ in the Rain; Brigadoon set on Mars instead of in Scotland, featuring Miley as Fiona)?

The Sound of Music Live! introduced us to a shadowy dramaturge-by-committee who convinced most of us that it was a good idea to repeat the experience. Not because it was a good experience — no, most of us agree that it wasn’t. But it sure was something, and to succeed, with 18.6 million viewers, at being an “event” is something special indeed. With a little luck, NBC could hone its formula into something that may give us all the glorious highs and tragic lows that musicals and live television both promise. And luck be a lady tonight.