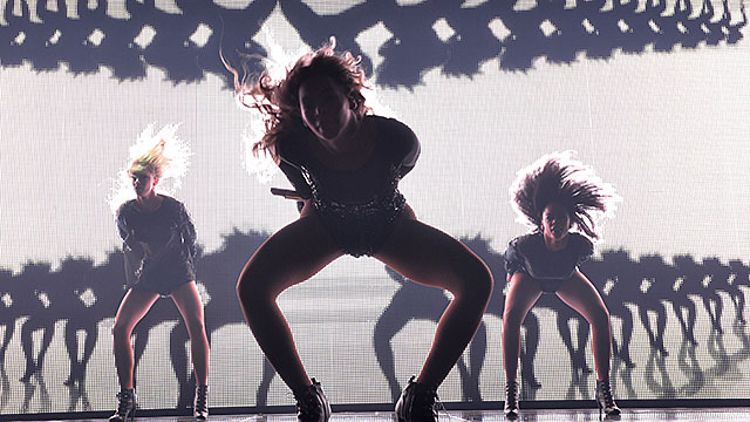 I’m pretty sure it’s some kind of mortal sin to not be completely obsessed with Beyoncé’s new album. Since last week’s surprise release, the conversation around Beyoncé has been inescapable. It has gotten to the point that #BeyonceThinkpieces is a trending topic because no one will shut up about it, but rightfully so. While bands like Death Grips have employed a similar release tactic, for an artist of Beyoncé’s stature, it’s unprecedented, so this would naturally inspire a week’s worth of discussion and praise. But what about people who don’t like Beyoncé? Is there any place for them? Does their stance have credibility?

Well, I was one of those people — emphasis on was — and I don’t know if I’ve been brainwashed, or simply come to my senses, but no, there probably isn’t any place for people who dislike this album. I understand how one can arrive at that notion initially. On first listen, Beyoncé is just … good. It’s the standard type of good you expect from someone with a strong voice and unfettered access to top producers and songwriters. The problem is, good doesn’t cut it with Beyoncé. She’s the rare case of an entertainer who is held to unfairly high standards of perfection, and it’s because of her own previous output.

I listened to Beyoncé at least 20 times over the weekend in search of a moment like “Crazy in Love,” “Irreplaceable,” or “Single Ladies.” Those were no. 1 records with a huge impact on the culture at large. They were spoofed on Saturday Night Live, referenced in rap songs; these weren’t records. They were phenomena. With Beyoncé, the phenomenon was the album’s very release.

In a year when her husband, Jay Z, released Magna Carta Holy Grail on two weeks’ notice, in conjunction with Samsung, Beyoncé upped the ante with an even more innovative rollout. And in the wake of Lady Gaga’s Artpop, the genius of Beyoncé‘s release is further amplified. If Gaga is going to waste a rumored $25 million marketing an album that flopped, why not try putting one out with no promotion at all? But after excessive thinking about the release and marketing logistics, I wanted to care about the music just as much.

That eventually happened. Spectacle clouds judgment. It’s easy to rave about the way Beyoncé dropped her album, but you can’t force yourself to appreciate the music at the same rate. Of course, sometimes you fall in love with songs right away, but that doesn’t always happen. I was wrong to say I didn’t like the Beyoncé album after two days. I had barely experienced it, and while people who still hold that position are entitled to their opinion, I suspect a number of them rushed to their conclusion on the project as well.

Remember those 20 times I listened to Beyoncé? Those were passive listens. I was around my apartment, with the album playing in the background, on laptop speakers. I was subconsciously comparing every song to her previous hits and hopelessly searching for something that can never be replicated. If you don’t like the Beyoncé album, stop looking for a reason to. Let it come to you. That’s how I came to enjoy the album.

Before seeing American Hustle last weekend, I killed some time at my friend’s place watching (what else?) the new Beyoncé videos. This time, the audio was pumped through a surround sound system. I had visuals, better sound, and a more attentive disposition. Hearing the songs properly made me appreciate them more.

You can’t hear the thump of “Partition” through laptop speakers. Since hearing the true intricacies of “Drunk in Love,” I’ve found it difficult to walk into a kitchen without yelling, “HOW THE HELL DID THIS SHIT HAPPEN, OH BABY.” Moving forward, I want to spell “surfboard” as “serfbort” as an homage to Beyoncé’s pronunciation of the word on that song. Once an album transcends sound and starts to have a tangible impact on your real life, that’s when you know it has done its job. “Jealous” made me chill out when my girl didn’t text me back in 2.5 seconds on Saturday night. I went from having an anxiety attack to, I don’t know, not being a psycho, and it was all, no lie, just from relating to a Beyoncé song and being like, “Oh wow, she’s worth $300 million and goes through this with Jay Z and they’re good. It’s cool.”

I guess my initial boredom with the album came from being subjected to Beyoncé’s perfection. It’s exhausting to be in a constant state of awe. It’s not as fun as watching the train wreck that is Miley Cyrus. Beyoncé’s sexuality is polished and sophisticated, with none of the edgy vulgarity offered by Rihanna. There’s such a thing as being too well put together, and Beyoncé briefly crossed over into that space for me. Listening to this album and watching these videos is like watching The Godfather every single day. As Peter Griffin would say, “It insists upon itself.” Beyoncé is such a huge moment in pop culture, and it’s so self-aware of this, that it can be off-putting, but you can’t let apathy and cynicism get in the way. Beyoncé is great, and it’s not groupthink to acknowledge that.

If you don’t like the new Beyoncé album, reevaluate what you want out of music, because she’s giving us the exact type of commitment we so often demand of our artists. Give Beyoncé some time to set in. Never mind that it’s the fastest-selling album in iTunes history. Forget about the surprise release for one second. When I was standing in line to validate a parking ticket after American Hustle, “Pretty Hurts” was stuck in my head, and I couldn’t get it out, even after sitting in a theater honed in on another piece of media for nearly three hours. Those are the moments that matter, and they never happen immediately. That’s how I was proven wrong.

Ernest Baker (@ernestbaker) is a writer living in Los Angeles.

Songs of the Week: Some Deep Christmas Cuts to Get You Through the Holidays