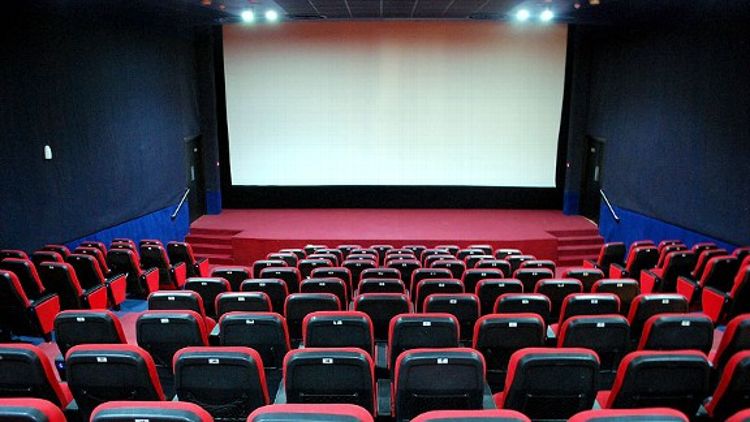 There’s something wrong in the film business today, yet no one dares speak of it — until today. Though it may jeopardize my own flailing career, I’ve courageously decided to expose an industry-wide crisis. To put the problem in perspective, we’ll need to rewind to film’s golden era. Let’s start with two films that are widely considered classics: Lawrence of Arabia and Citizen Kane. They’re certainly great movies, as evidenced by their black-and-whiteness, but look closely at their respective posters — you’ll notice something strange: Arabia, the three-hour-and-36-minute David Lean epic was produced by Sam Spiegel, while Orson Welles produced the two-plus-hour Kane, which he also wrote and directed. I’m sure there were actors and cinematographers and other people who did stuff to help make these films — but only one producer for each movie? How is it possible that just two people could be responsible for nearly 6 hours worth of classic film?

Did I mention that I’m a producer? Let’s fast-forward to a modern classic: The Chronicles of Riddick, the only film so far (but hopefully not the last) to star Dame Judi Dench opposite Sir Vin Diesel. Sleek heroines, tough bald guys, and your garden-variety post-apocalyptic mayhem: Everything one could want in a cinematic experience, minus any redeeming value or quality. How many producers were responsible for this wondrous film? 8. (Budget: $110 million; final gross: $57 million.)

How about Suspect Zero, a mishmash starring another royal dome, Sir Ben Kingsley? Its plot concerns a guy who can see serial killers and, um, do something before they — hell, I won’t pretend I’ve seen the movie. But neither has anyone else. The number of producers responsible for this 99-minute concoction: a mere 12. (Budget: $27 million; Final gross: $8 million.)

Lest you think these are isolated incidents, check out the number of names listed for this year’s not-quite-an-Oscar-contender Salvation Boulevard: 24. (Budget: $6 million; Total gross: $7,208.) What happened in those 63 years, besides an outbreak of bad taste? Credits, credits, and more credits: Producers taking credit for things they may or may not have done, and non-producers getting credit for things they wouldn’t begin to understand how to actually do.

Over the years, people have tried to regulate these things, as the situation has clearly gotten out of hand. You’ll notice, of course, that none of those involved in trying to stop the mayhem are anyone whose names would be affected. Let’s be honest: no producer wants less credit. In fact, that’s why most of us work in the movie business in the first place — for the glory. If we could have our name up on screen in big letters, plus a photo, and an accompanying list of our sexual conquests, we would.

I was once at a premiere of a film I’d helped produce, and someone asked me — “What was it like working with Person Y?” He and I were on the same card (our names appeared together at the beginning of the credits in the movie); during the two years it took to make the movie, not only had I never met him, I’d actually never heard of him. Apparently he was going around town telling everyone he produced this movie, which, foolishly, I was doing as well. In any other business, I would’ve told the person the truth. In Hollywood, the truth sounds like this: “He was great — he gave us the least problems of anyone on the entire movie.” Which was true, in its own way. (Hey, you never know — he could be violent. Or rich.)

Credits. Everyone sees them on posters, in advertisements and on screen, but nobody is quite sure what they mean. As a producer, it’s the question I get asked more frequently than any other – especially by my mother: Who are all those people, and what the hell do they do? Well, Mom, it’s complicated (so ease up on those long voicemail messages). Herewith an insider’s guide to movie credits:

Producer:
This is The Big One. It’s the credit everyone fights for, and many a lawyer makes his living suing over this one. The Producer often originates and develops the material, hires the director, and raises the money. Because of these things, this person feels entitled to tell everyone within earshot what to do, when to do it, and how to do it. Even if he contributed to none of the above, producers generally still feel entitled.

There are essentially two different types of producers — business and creative. The former either finds the money or is able to navigate the tricky ins and outs of movie accounting, whether it’s in conjunction with a studio or with an independent company. The latter works closely with the director on the script, casting, editing and music in the film. There are very few producers who have both skills. In my 15 years of experience in Hollywood, I’d say that 5 percent of producers I’ve come across have either skill — the rest simply make shit up as they go along. And I include myself in that illustrious group. Of course, every single producer you meet is a self-proclaimed expert in both areas; humility is not in a producer’s vocabulary. (Incidentally, neither are “collaboration”, “I don’t know,” or “given our age difference, that would be inappropriate”.)

If you somehow hit the trifecta of movie miracles and a) your film happens to turn out well b) it’s nominated for an award, and c) the movie actually wins, the Producer goes up and collects the award. In the process, of course, he’s also collecting absolutely all the credit for everything turning out so fantastically. This is why people sue each other, attack one another in the press, and otherwise behave like, well, producers.

Executive Producer:
Though it sounds more important than its predecessor, this credit is the consolation prize when you don’t get the big one. E.P, as it’s known, often goes to people who put up a lot of the actual financing but wouldn’t know a good movie if Spielberg showed up at their house with a Super 8, Tom Hanks, and a giant robot. Sometimes executives from studios get this credit for giving bad notes on the script, volunteering ridiculous casting ideas, and otherwise doing everything they can to help ensure a bad movie. Though they tell all their friends that they basically “made” the movie, when they show up at the premiere with their entourage, the director invariably has no clue who they are. (I should know — I was an executive before I became a producer.) With the influx of money coming into the movie business from hedge funds, third-world laundering, and moronic kids whose rich daddies desperately want to keep them out of the family furniture business, this credit has become increasingly meaningless. When someone decides to spend their year-end bonus on a couple of Aston Martins, a boat, and their very own movie, you can be sure of two things: they’re going to hit on the lead actress’ stand-in and they’re going to end up with an Executive Producer credit.

Though clearly not as important as a full Producer credit, people still sue each other over this one. Of course.

Coproducer:
Slightly ahead of Associate Producer in rank, you sometimes see this or its awkwardly worded cousin — “Co-Executive Producer.” There’s little difference between the two, and both are the ugly stepchildren of credits. You’re either up there with the big boys or you’re justifiably distressed that you got the crappier ones. Hyphenated credits are just confusing for everyone, especially the grammarians. This is also sometimes given to a “Line Producer” or “Unit Production Manager”, whose responsibility it is to oversee the day-to-day physical production and budget of the picture.

These incredibly important jobs are not done by the Producer because he’s performing other key tasks: taking photos with the stars, making sure his name is spelled correctly on his set chair, and pretending to remember anyone else’s name on the set besides the lead actors. This credit often comes well after most of the others have run — the full cast and crew, teamsters, catering staff, assistants to the real Producers, etc. This is done specifically to remind those who receive the credit — lest they get any false notions — that they’re really not that important.

Associate Producer:
The credit given to satisfy someone who had very little to do with the movie, but would otherwise be inexplicably pissed off (and potentially litigious) if he or she was left off the list. It’s the throwaway credit for folks completely tangential to the filmmaking process. People you’ll find here: the writer, co-writer, person who had the idea for the movie, the director’s assistant, the studio head’s mother, etc. Every so often, though, this credit is given to the one person who most deserves it, someone who actually helped everyone survive the excruciatingly long process of making a movie with the ultimate contribution and
sacrifice: whoever’s sleeping with the director. If you ever see two Associate Producers listed (especially on the same card), you’ll know there’s a good story behind it.

I took my 8-year-old nephew, Leo, to see what we thought was a fun puppet movie — a depressed Mel Gibson and a beaver? Really? — and we
walked by a poster with a title he recognized. “Isn’t that your movie?” he asked excitedly. (Actually, it was the octogenarian alcoholic director’s movie, who — despite his age and general incoherence — tortured me every single spare moment he was awake.) He ran to examine it more closely, scanning the one-sheet for my name. When he finally found it, he turned to me, crestfallen. “Don’t worry,” he said, more serious than any child that age should ever be. “Producer is pretty good. But next time I bet you’ll get Executive Producer!”

Cute kid. Little did he know how close I was to getting Associate Producer.

Rick Schwartz is an independent producer whose credits include Gangs of New York, The Lucky Ones, and a few movies for which he lets others take credit.

Previously: Why Do Movies Suck? Ask a Guy Who Makes Them

Filed Under: Movies, The Producers