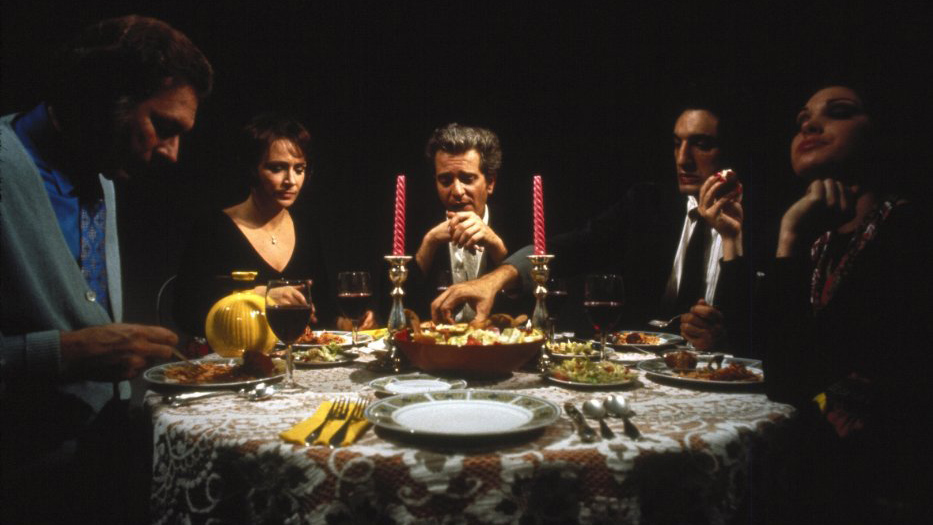 The Last House on the Left is a vile depiction of cruel and senseless violence. It’s also a great work of American art. And with the passing of its director earlier this week, it’s worth looking back on: Few movies in Hollywood history have exposed nerves quite like it.

Wes Craven’s first movie begins with a disclaimer — like The Texas Chainsaw Massacre two years after it — that we’re about to watch a true story. And then it unfolds: Mari Collingwood (Sandra Peabody) and her friend Phyllis (Lucy Grantham) go to a concert in New York City, get kidnapped by a group of convicts, and are raped and murdered in the woods. The killers try to hide out at Mari’s house and then the parents, enraged, return to attack. All of Craven’s signatures are on neon display: The use of nightmare sequences, the combat between middle class values and savagery, the centrality of families and surrogate families, and real world violence rupturing suburban idyls.

Released in 1972, Last House quickly became culturally ubiquitous, a turning point in the new wave of American horror — you can trace a line from Craven’s debut directly to the slasher boom, the rape/revenge exploitation subgenre, and countless knockoffs ranging from The Last House on Dead End Street to House on the Edge of the Park.1 Its infamous “To avoid fainting, keep repeating ‘It’s only a movie'” tagline is straight out of William Castle, but unlike the other major ’70s horror films, Craven’s debut contains no genre elements. It’s not about the occult or cannibalism or a masked killer. It is a horror movie because it is simply horrifying. Today we’d describe it as “extreme cinema” — like the work of Claire Denis, Takashi Miike, Michael Haneke — an idea we only have context for because Last House exists in the first place.

The first half hour isn’t a million miles away from John Waters’s similarly Mansonoid Pink Flamingos, which was released the same year. Waters’s film is true counterculture, but it’s also very funny. But the shakiest elements in Last House are the comedy. Once Krug Stillo (David Hess), ‘Weasel’ (Fred J. Lincoln), and their criminal family get their victims out in the woods, things get dark quickly. The two girls are humiliated, Phyllis is chased and stabbed to death. Krug carves his name into Mari’s chest, rapes her, then shoots her in the back. History records this as an exploitation film, but that’s largely because of how it was marketed. The sex and violence isn’t anything less than punishing. If the viewer identifies with the killers, it’s because of how they respond with shame and dismay after what they do — you’re never placed in their shoes, the perspective never shifts. 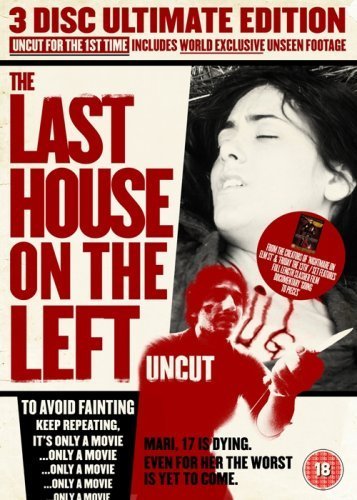 In Jason Zinoman’s history of the ’60s/’70s new wave of American horror, Shock Value, Craven says “I remember reading Charles Lindbergh’s biography. He said that once they started flying by instruments, something was lost. That sense of just going with it is important.” That disdain for overplanning is on display here. There is no polish. The level of acting varies, the worst being the two bumbling cops played by Marshall Anker and Martin Kove. But Fred J. Lincoln and Lucy Grantham2 bring an ease and excitement to their performances, and David Hess would make a minor career out of variations on his villain turn here, mostly in Italian giallo films. Like a lot of independent movies of the era — and after — Last House could fairly be described as a bunch of people walking around in the woods. But beautiful shots appear in the most violent scenes. Mari’s death in the lake is composed to recall John Everett Millais’s painting of Ophelia, an idyllic image of the death of an innocent, an omen precipitating a bloody massacre.

The Last House on the Left is often discussed as a modern remake of Ingmar Bergman’s The Virgin Spring, but the difference between the two is more than a change of setting. There is a very deliberate removal of any reference to religion. Craven himself was raised as a strict Baptist and wasn’t allowed to see movies until he was an adult — and it seems fair to wonder if the shocking, confrontational nature of the material here comes from a human being who truly understood the full impact of violent imagery because he hadn’t become inured to it over time. For Bergman, tragedy leads to violence and self-reflection. But Craven’s world is godless. The Collingwoods don’t have a chance to reflect on what they did (castration, electrocution, stabbing, using a chainsaw as a weapon). They shrug, exhausted, the film freezes, credits roll. No coda. No survivor’s relief. No jump scare. No excitement leaving the theater.

Interviewed for Adam Simon’s excellent documentary The American Nightmare, Craven described Last House as “The film of a young man who I think had much more rage than he ever realized.” Rage directed at American hypocrisy. Rage over what we show and how we show it, over cute folk music grinding against images of war crimes on the news, over the cognitive dissonance of mass media. It has an understanding that people are never just one thing, that the dividing line between the most cruel monsters and regular everyday people is just a few hours. The Last House on the Left is painstakingly frightening because of this. You are watching what people are capable of doing. You are watching the limits of what you are capable of watching. And that’s when you have to remember: It’s only a movie.

Filed Under: Movies, Wes Craven, Last House on the Left

Domo Arigato, ‘Mr. Robot’: A Great Finale for the Show of the Summer