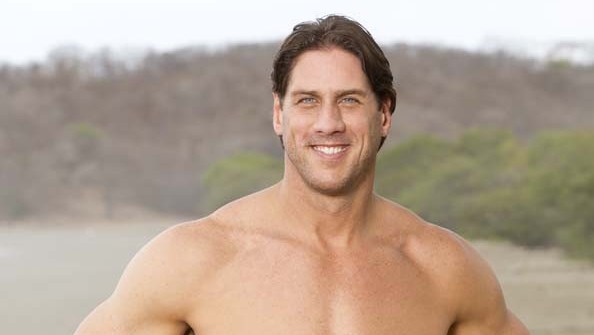 Last night’s Survivor premiere featured controversial former MLB pitcher John Rocker’s return to the media spotlight. Even if you weren’t a fan of the ’90s Atlanta Braves, you’ve probably been offended by Rocker at some point along the way.

This season features the return of the series’ Blood vs. Water format, in which contestants come on the show with a loved one. Rocker’s partner is Julie McGee, his spray-tan-business-owning, bikini-contest-winning girlfriend. He is taking a cue from past Survivor athletes, trying to conceal his identity by saying his last name is Wetteland, which is a pretty funny joke if you’re a baseball fan. Unfortunately for Rocker, his reputation precedes him, as two of the contestants have already figured out who the former reliever is.

With the help of his girlfriend (and perhaps a little artificial enhancement), Rocker will try to beat out 17 others for the title of “Sole Survivor.” Good luck, Johnny. Smart money is not on him walking out of Nicaragua $1 million richer, as athletes do not have the greatest track record on this show. In an effort to evaluate Rocker’s prospects as a contestant, let’s take a look at how other professional sportsmen have fared. 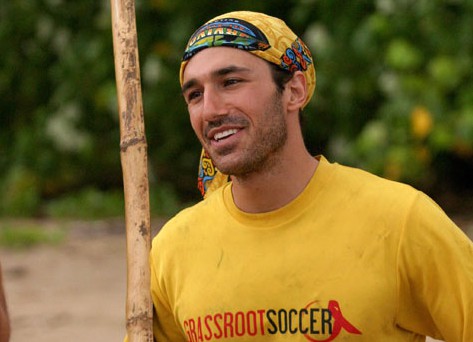 Background: Ethan Zohn was once ranked 14th in the United Soccer Leagues Second Division Top 15 of the Decade poll, even though he played in only one match that decade. Regardless, Survivor producers called him a professional soccer player, and that makes him athlete enough for this list.

On Survivor: Zohn first appeared on the show back in the “old days,” when contestants were actually lauded by their teammates for being strong, athletic, and likable. He didn’t backstab. He didn’t rock the boat. He didn’t have the same pedigree as the rest of the athletes on this list, but he’s also the only one who took home the prize.

Results: As the Season 3 winner, Zohn clearly rates the best of anyone on this list. His second stint, on All-Stars, didn’t go nearly as well — he was voted out during the eighth episode.

Life after Survivor: After appearing on the show, Zohn enrolled in the Trishelle Cannatella School for Extending Your Small-Screen Fame, appearing on numerous other reality shows, including Fear Factor, Celebrity Apprentice, The Amazing Race, and Celebrity Paranormal Project. In 2005, Zohn was on Kill Reality, on which reality TV “all-stars” like Bachelor super-coitus-er Bob Guiney, Survivor grandma “killer” Jonny Fairplay, and foulmouthed Challenge vet Katie Doyle lived in a house together and filmed a horror movie called The Scorned. It was about as good as it sounds:

More notable than his short-lived acting career, however, was Zohn’s public battle with Hodgkin’s lymphoma, which is in remission. He cofounded a charity and did a lot of running. Zohn also got a girlfriend out of the Survivor experience, dating fellow contestant Jenna Morasca for 10 years, until their split last year. 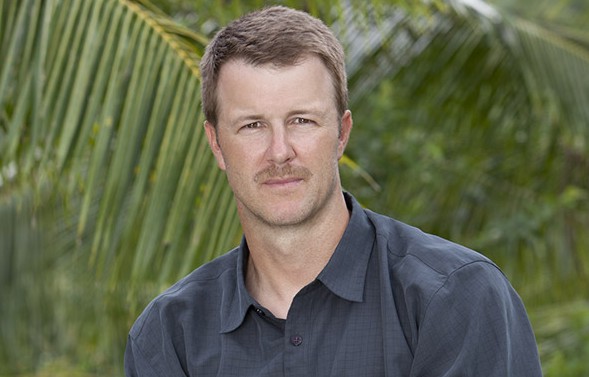 Background: Jeff Kent enjoyed a 17-year career as a second baseman with six different teams in MLB. A five-time All-Star and the 2000 NL MVP, he wasn’t always the easiest guy to get along with. Just ask Barry Bonds.

Back in 2002, Kent claimed he broke his wrist while washing his car, which naturally led to much debate about what sort of acrobatics could have possibly been involved in waxing his hood. As it turns out, it was not the Cirque du Soleil of car washes, but rather some good old-fashioned motorcycle wheelie-popping that took the slugger down. While the Giants weren’t all that thrilled, Kent proved he possessed one of the most important traits for any Survivor contestant: The man could lie.

On Survivor: Kent’s tendency to get injured didn’t check itself at Jeff Probst International Airport. Mere minutes into the first show, he stumbled while climbing onto the supply raft, nearly drowning a chicken in the process.

Luckily, the chicken was unharmed. Unfortunately, Kent did not fare as well, tearing his meniscus. He kept the injury a secret from his tribe (see, that lying came in handy) and was nearly as successful at hiding his MLB past. Kent expressed concerns because “you know, there are not many tall white guys with mustaches walking around still these days,” but only one contestant recognized him and for whatever reason didn’t share his true identity with the rest of the tribe.

Results: Kent was outmaneuvered by Blair from the Facts of Life, voted out ninth, and handed a one-way ticket to Ponderosa. Host Probst called it the most “complicated and entertaining” tribal council in the show’s history, which holds about as much weight as Chris Harrison saying it was “the most dramatic rose ceremony ever.” Kent responded in the most Jeff Kent–ish way possible, delivering one of the best exit interviews we’ve ever seen:

In later talks about his Survivor experience, Kent wished it were “harder out there physically.” Here’s to hoping he’ll be on the fourth season of Naked and Afraid. 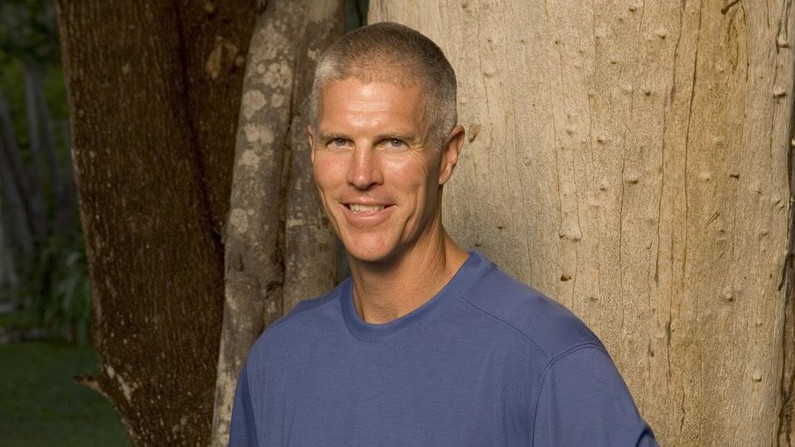 Background: Gary Hogeboom played for 11 seasons in the NFL with the Dallas Cowboys, Indianapolis Colts, Phoenix Cardinals, and Washington Redskins. Most notably, he crossed the picket line during the 1987 players’ strike, giving him the opportunity to do his best Shane Falco impression.

On Survivor: Hogeboom believed, like most pro athlete contestants, that no one wants to help a rich person win a million bucks. So he concocted an alias, calling himself “Gary Hawkins, the landscaper.”

Despite his blown cover, Hogeboom was kept around for his athleticism and hard work around camp. After the merge, he realized the numbers weren’t on his side. Another contestant, Judd, had been given a clue to the concealed immunity idol and told the tribe it was hidden on the ground somewhere. When he saw Judd up in a cypress, Hogeboom deduced that his tribemate wasn’t just doing some recreational tree climbing, waited for him to leave, and found the idol on his own. That bought Hogeboom one more week, before he was finally sent home to Michigan.

Results: Hogeboom finished in a respectable seventh place. He put his stamp on the Survivor history books as the first person to ever find and play a hidden immunity idol, back when contestants actually used clues to find them.

Life after Survivor: Looking for a house in central Michigan? “Gary Hawkins, the real estate agent” has you covered.

Background: Brad “Not Daunte” Culpepper played for nine seasons as a defensive tackle in the NFL. His wife, Monica, was a contestant on Season 24, Survivor: One World. The duo was tapped three seasons later to appear on Blood vs. Water.

On Survivor: When Culpepper played in the NFL, he looked like the sister from Blue Crush: 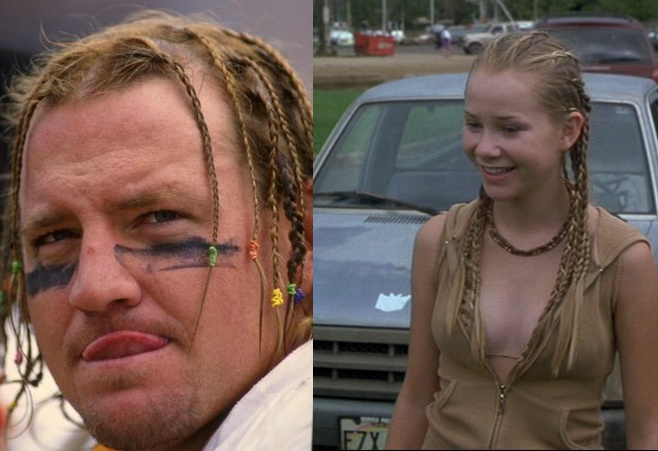 But [imagine Jeff Probst’s voice]: In maybe the most dramatic moment in Survivor history, Culpepper showed up for Survivor: Blood vs. Water looking like this: 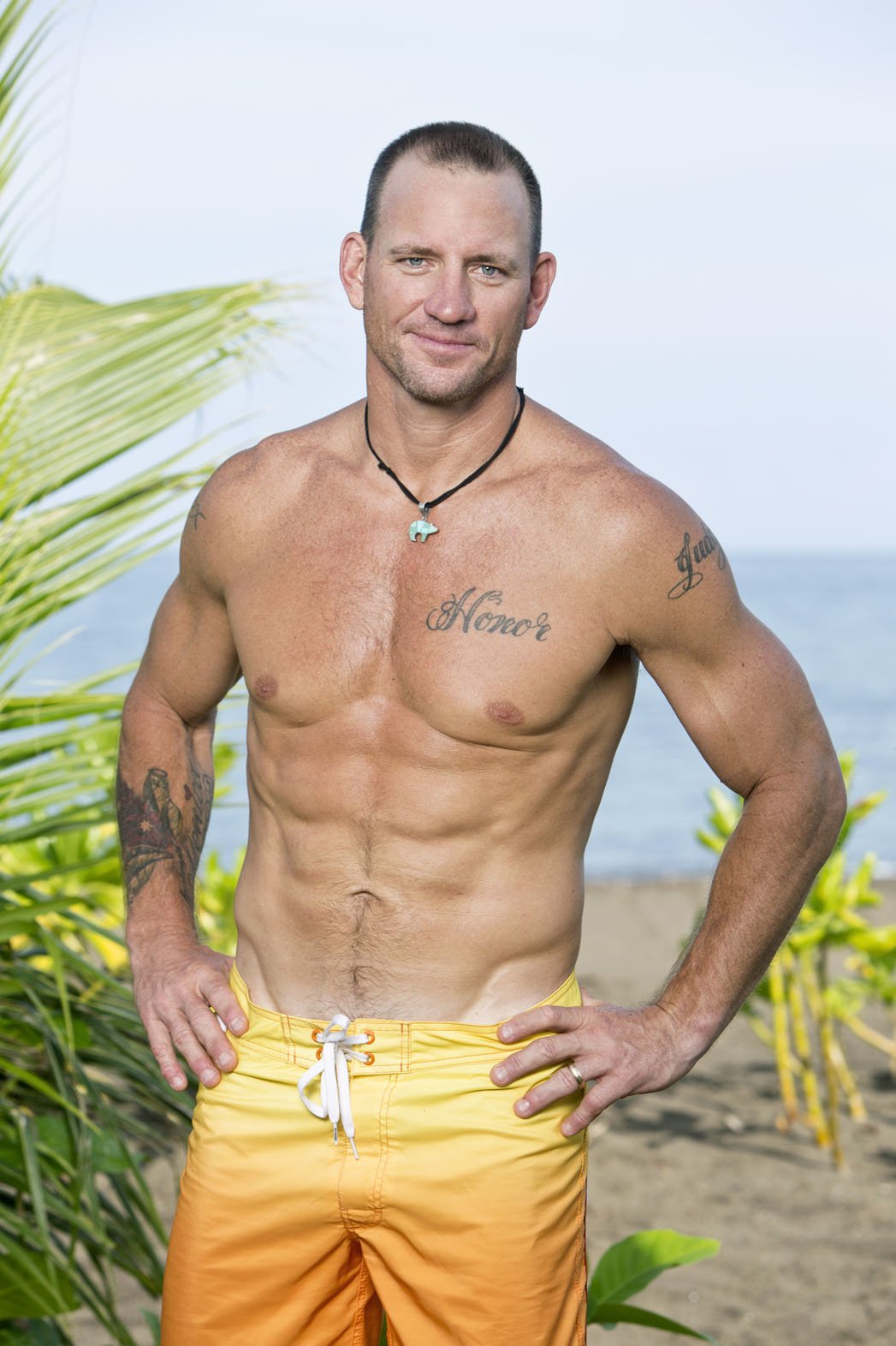 Results: Culpepper didn’t last very long, ending up in 15th place, but managed to piss off his whole tribe and pretty much every person in America in the process.

In one of his more memorable moments (which I broke down in the GRTFL at the time), Culpepper and castmate Marissa were in an argument about tribal council voting strategy. That’s when the Least Famous NFL Culpepper committed a cardinal sin by calling Marissa “babe” in the heat of an argument. “We’re playing Survivor, babe.” Unsurprisingly, Marissa didn’t take too kindly to being placated by the guy who once looked like white Coolio.

(My advice still stands: Don’t patronize a woman when she’s tired, dirty, and hasn’t had a carb in more than a week.)

Culpepper was sent home on Day 14 and did some damage control in the media upon his arrival.

Life after Survivor: Culpepper went back to lawyering in Tampa, and we all went back to trying to figure out how the hell this guy is a lawyer.

(P.S.: Survivor fans may not have seen the last of him just yet.) 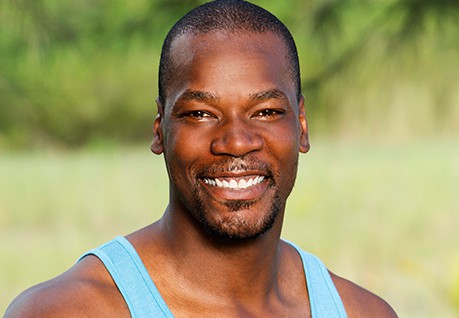 Appeared on: Season 28, Survivor: Cagayan — Brawn vs. Brains vs. Beauty

Background: Cliff Robinson was an NBA All-Star and Sixth Man of the Year. He played in 1,380 games during his career, which puts him at eighth all-time. He was also the sworn enemy of Jeff Probst.

On Survivor: Unlike most Survivor athletes, Robinson flat-out told the other contestants in his tribe he was an ex-NBA player (probably because it’s hard to hide that you have a wingspan of a Volkswagen). He struck up an ’80s buddy-cop-movie friendship with a martial arts instructor named Woo, and things appeared to be going great for him. He was super likable, super good at the challenges, and seemed like a super-fun hang. He also had the numbers on his side, but he was too much of a threat in the current era of Survivor, in which people with the personality and agility of toast are normally gifted with the $1 million prize.

Life after Survivor: Robinson was one of the guys who accompanied Dennis Rodman to North Korea. Obviously, that didn’t go over well.The rest of America is still waiting for Woo and Uncle Cliffy to star in NCIS: Surf Colony.

Scouting report: One episode doesn’t provide enough data to make a truly accurate prediction. But using these past athletes’ performance as a metric, Rocker’s Survivor prospects are not favorable. We can only hope he lasts long enough to give us a few memorable moments and piss off King Probst in the process.

The Wind Cries Jimi: ‘All Is by My Side,’ André 3000, and What Hendrix Means Now