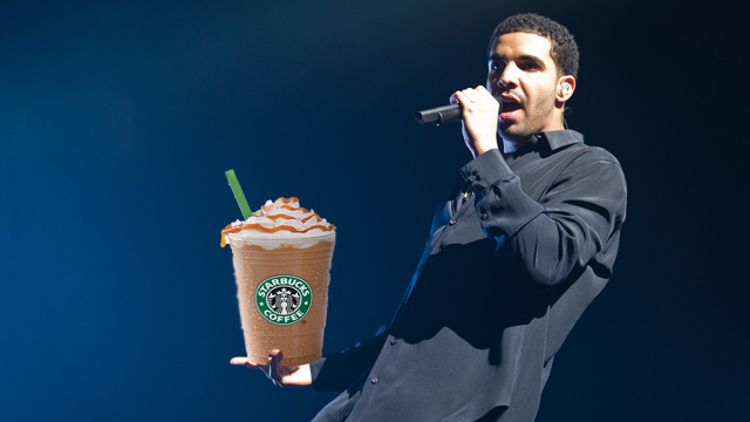 Memes based on real people are a dangerous game. Nobody really wants to become a meme — or, more specifically, watch as the Internet mocks and improvises on a picture or video of his or her face — because not only do most people have tiny, sensitive centers that really hate to get made fun of even in lighthearted ways, but there’s a sense of losing control of your own image. Many examples of this sharing game are cruel, and when Caitlin Seida wrote about how she felt when a picture of her dressed as Lara Croft was passed around emblazoned with the words “Fridge Raider,” you might have felt a little guilty for accepting memes as depersonalized jokes. Then came “Starbucks Drake Hands.”

What the hell is “Starbucks Drake Hands”? Exactly. Its history is simple enough: At the beginning of this month, a model named Piper Kennedy gave her number to a guy at Starbucks named Brody Ryan Curtis. He sent her a brief video, in which he goofily caressed his own face while Drake’s “Hold on, We’re Going Home” played in the background. (Drake has his own memes to deal with.) Curtis looked like maybe he had done his hair for the occasion. Kennedy sent this video to her friend, who sent it off to Instagramland to be reinterpreted by babies, bunnies, and people wearing horse-head masks, hashtagged neatly in their own annex of our historical library.

Maybe there’s a cautionary tale here: Be careful courting in public. Last month, a strange fellow by the name of Larry Busby went on a quest to find a girlfriend by offering a matchmaking fee to any Internet stranger who knew a thin, white redhead without glasses, children, or piercings, and it did not end well for him. Busby dug his own reputation’s grave, so it’s not as though he gets a lot of sympathy points, but his statements (and his decision to put those statements online, and to do a Reddit AMA about them) inspire more pity than laughs. “Starbucks Drake Hands” is kind of a moral conundrum: Of course it inspired mean comments when it hit Buzzfeed (one called Curtis “#sucharapist”), but the humor in it doesn’t come from a malicious place. There’s the vanity aspect, the low volume of the sex tunes, and of course the alone-smile. The alone-smile, I think, is the best part of “Starbucks Drake Hands”; do you remember “Women Laughing Alone With Salad”? I will always remember “Women Laughing Alone With Salad.” The brevity of “Starbucks Drake Hands” works for it, because 16 seconds is about five seconds too short to seem actually crazy. It’s just south of acceptable/boring, about five degrees closer to performance artist/weirdo. Thinking about it for too long can make you second-guess your own selfies: Really, what’s the difference? Very little.

Curtis seems to be taking things pretty well, at least according to Kennedy, who’s communicated with him since the video went viral. She says he was only “trying to be cute and genuine,” and she is now entertaining the idea of forming a “funny friendship” with him (condescending, yet sort of sweet). Maybe it’s the distinction between being poked fun at over what you do instead of who you are, or maybe we’re gradually evolving past the point where we get our laughs from people themselves, opting instead to laugh at what they’ve done. Smirking at a clip of someone falling down the stairs is situational, impersonal. It’s the kind of thing formed by a perfect confluence of events, not by the nature of an actual person. It may co-opt the thing, but it doesn’t attempt character assassination. In a way, it’s the moral compass that probably should be applied to every Internet sensation: What exactly are you laughing at? If it’s a human being, move right along. If it’s something dumb that a human being did, well, let’s try to be good sports. Your role in your misstep will be forgotten, though what results from it may never be (especially this one). Being a nice person doesn’t mean you don’t laugh when someone sits in a melted puddle of chocolate ice cream, it just means drawing the line at being a bully about it. Now cover your face, Drake’s making you blush.

Kris and Bruce Jenner Part Ways, and Other Evidence Love Is Dead From This Week's Tabloids