We Went There: A Booze-Numbed, Thoroughly Depressing Trip to the Regrettable ‘Ghost: The Musical’ in L.A. 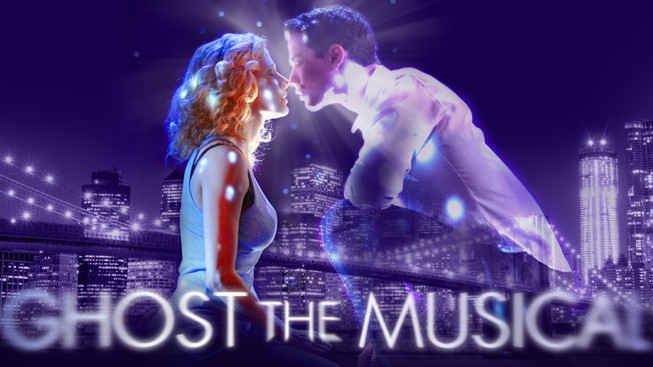 The dread was so bad that we needed drinks. Or rather: We needed to actually get drunk.

My older sister was visiting Los Angeles from the East Coast, and I was taking her to see Ghost: The Musical on her last, once-potential-filled day in town. I was attending for critical purposes, and she agreed to be my date on the condition that her ticket was on me, and also that we could get decently-to-intensely intoxicated beforehand.

This was because she had heard that Ghost: The Musical was very terrible, and in fact had seen a picture of her friends on Instagram leaving a performance of Ghost while making emetic gestures to demonstrate how very terrible it was.

I had started regretting taking the assignment even before she told me any of this. I had not had high hopes for a traveling production of a not-greatly-received musical, based on a movie made more than 20 why-are-we-even-doing-this? years ago.

The truth was that I did and do feel bad agreeing to write about something that I know is probably not very good and/or bad. Yes, OK: Sometimes it’s fun. Personally, I find it very entertaining to read a nasty review of an apocalypse-harbinging celebrity-chef restaurant or another vacuous franchise film in which morose actors pretending to have magic powers systematically destroy Cleveland.

Entertaining or not, there is clearly something mean-spirited about the practice of Making Sport of Things That People Probably Worked Very Hard On. Also, as the astonishingly selfish person who was going to have to write about Ghost: The Musical, I wasn’t really sure what “new” angle I was going to come up with. I guess we’re all a little over joking about how gross Guy Fieri is by now, and Ghost: The Musical is basically a pair of jazz hands webbed with Donkey Sauce.

I began to feel worse and worse when our Uber dropped us off at the Pantages about an hour before the Sunday matinee curtain. The theater sits on a strip of Hollywood Boulevard that Angelenos know to avoid in much the same way that New Yorkers stay clear of a certain part of 42nd Street.

I didn’t think it would be difficult to find a bar beforehand, because this area of town is essentially a churning lacuna of places to get good and sad-drunk, punctuated by sweltering souvenir shops that sell maps to the homes of wealthy, attractive strangers.

I thought it might be fun to do this anesthetizing in the adjacent Frolic Room, an ancient dive with Naugahyde stools that are, unbelievably, older and crustier than the people drinking on them. Alas, I’d forgotten that the World Cup was still in progress, and the bar was packed. We would have had a single seat to share if I’d accepted the generous offer of an extremely old man who smelled like vermouth and probably watched L.A. Confidential with a nostalgic fondness, but I wanted better things for my visiting sister, because I am an excellent hostess. Basically, I totally panicked.

We headed back into the sun and caulk-thick throngs of Hollister-clad Europeans. I wondered aloud if the remaining 45 minutes would be enough time to get directly across the street to the restaurant at the W Hotel, where we might be able to share a single cocktail, throw down a $700 bill, and brave the quarter-city-block walk back before showtime.

I was feeling a lot of guilt by this time, both for coming to see something I knew would be bad and for dragging along my best friend in the whole world, who was, again, in town for not much longer. I’m calling my sister my best friend in the world here both because she is and because I think she is still mad at me about Ghost: The Musical and I’m hoping that acts as some kind of salve for our relationship.

Finally, we agreed that there was probably alcohol somewhere in the theater itself, and that we should just suck it up and go inside already. We windmilled through a sea of sebum, dirty-hair smell, Old Spice, and oxygen-tank-offgassing to the basement bar of the Pantages Theatre, which, while gaudy and, again, not terribly good-smelling, is kind of beautiful.

(This pains me to say, because I’m a Pantages on my mother’s side, and the Pantages chain of theaters could have made our family a great deal of money had the evil Joe Kennedy not deliberately ruined us in 1929. It’s true — you can look this whole story up on Wikipedia or ask my grandpa.)

Anyhow, the Kennedys seem like a fun bunch and I’m glad they’re all doing so well. The last sentence was taken directly from the cell phone notes I sent myself just before the show, when my sister and I managed to chug-a-lug a martini and a half each while they flashed the lobby lights. I don’t want to say that we considered ripping a wall sconce out of the socket and screaming about our legacy, but I won’t say that we didn’t.

So then we watched the show. The whole show.

Listen. I could write in excruciating detail about how terrifically awful Ghost: The Musical is. Because — let’s not mince words — it is tremendously, hyperbolically, unbelievably awful. The music is bland and the lyrics are insipid and I can’t think of the dancing without cringing. The well-meaning performers did their best.

I will not relate much in terms of specifics here, because the particular failings of this enterprise are beyond anything that could be funny in a Christopher Guestian way. They just sort of produce an organ-deep feeling of discomfort. If you need to, Google Ghost: The Musical lyrics and prepare to say “Oh no, really?” out loud, involuntarily, which is what I did throughout the very, very long duration of a two-and-a-half-hour performance.

You may be asking yourself, wait, they find a way to drag out an overly long movie into an even longer musical? Yes, they do.

It was all just awful and very bad and embarrassing, and at one point the man next to me farted and I don’t even generally find farting funny, especially in quarters that close, but I was grateful for the levity.

The most concise review I can give of Ghost: The Musical is that there is nothing that any amount of vodka in the world can’t make less sad. I am still sad thinking about it. Typing this, days later, I wish I had vodka now.

I’ll concede that musicals, as a form, are always a little bit weird for everybody involved. You have to pretend like the whole thing isn’t a little fundamentally ridiculous, but at least there’s usually some kind of compact between the performers and the audience wherein they go, “OK, this is all a little nuts; we’re gonna do our best!” and you go, “OK!” And if all goes well, some kind of magic happens that makes the little hairs on your arm stand up because a talented person is up on stage with their legs planted far apart, making a loud, pleasing, sustained throat noise and waving their arms around.

If that does not happen, it is very unpleasant and depressing, especially when you’re sitting in a full-house matinee performance and there are probably people doing very good plays in other parts of town without a smoke machine or a T-shirt kiosk in the lobby.

We left during the standing ovation, and I bought my sister dinner at a farm-to-table restaurant.

Julieanne Smolinksi (@BoobsRadley) is a writer living in Los Angeles.

Filed Under: Theater, We Went there, Ghost, Ghost: The Musical

Video on Demand Report: Bring 'Under the Skin' Home — At Your Own Peril