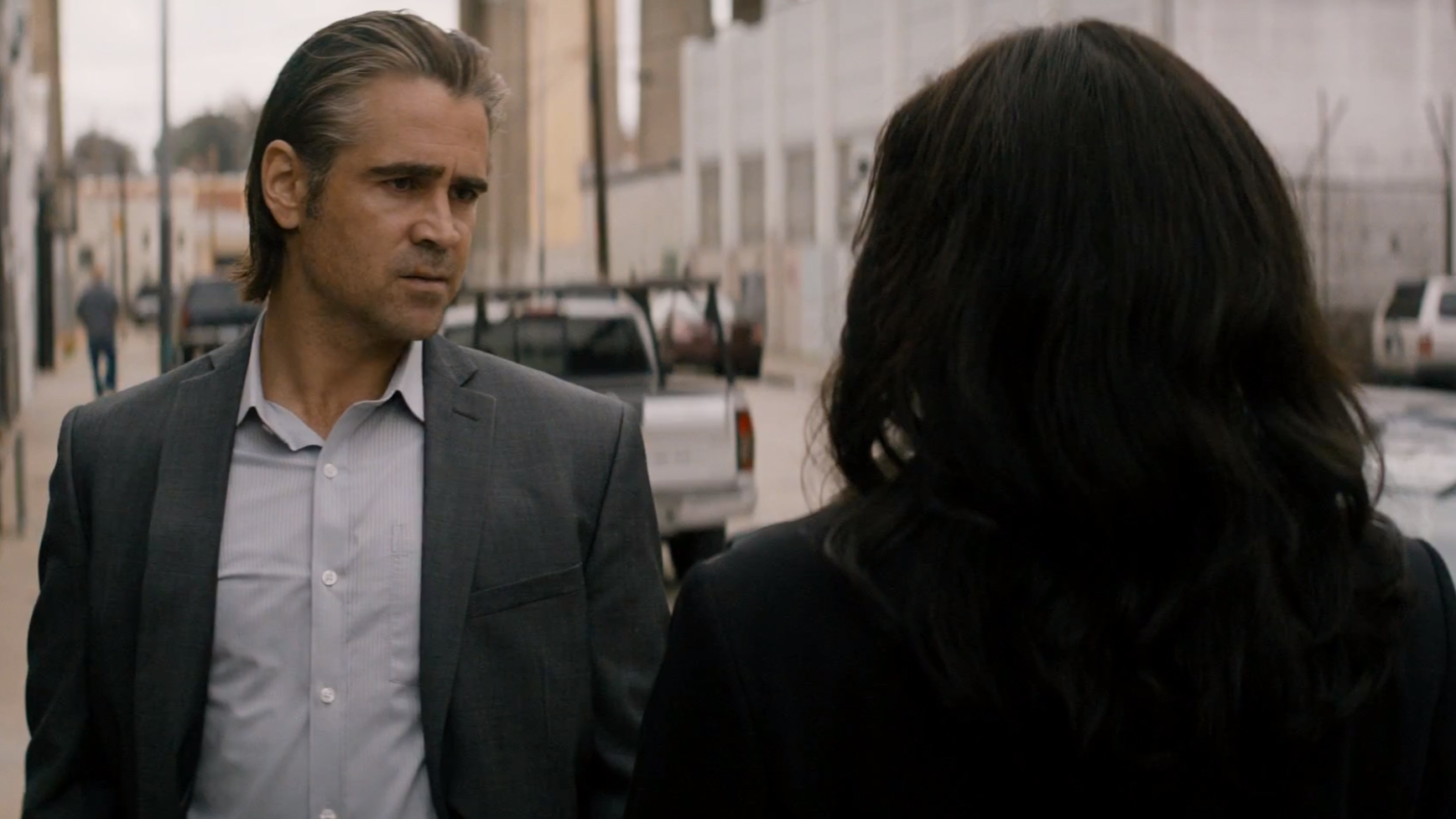 Before this episode aired, I read an incredible piece in the New York Times about the essentially lawless state of the modern sea. It tells the story of a ship called the Dona Liberta, which has left a wake of shattered lives, death, and oil spills as it passes from port to port, sailing under whatever flag is up for sale at the time. After navigating what must have been a veritable ocean of paperwork, clues, and sources, writer Ian Urbina shines a light on a shadowy Greek shipping magnate named George Kallimasias. He is a man described as a myth — “this guy is smoke,” says an engine parts dealer at one point in the story — a real-life Yellow King. And from this character, Urbina pieces together a conspiracy fueled by greed and inhumanity and facilitated by bureaucratic negligence.

The web of holding companies and money; the apathetic, complicit, or handcuffed law-enforcement agencies and bodies of government; and the powerful men who escape any kind of justice — Urbina’s story has all the makings of a True Detective season. Now, the last thing anyone needs is a Nic Pizzolatto character with an ocean to stare at. Just the site of a wilting avocado tree will send these cats into a soliloquy of Scrabble words and regret. But I bring up the Urbina story for a couple of reasons. 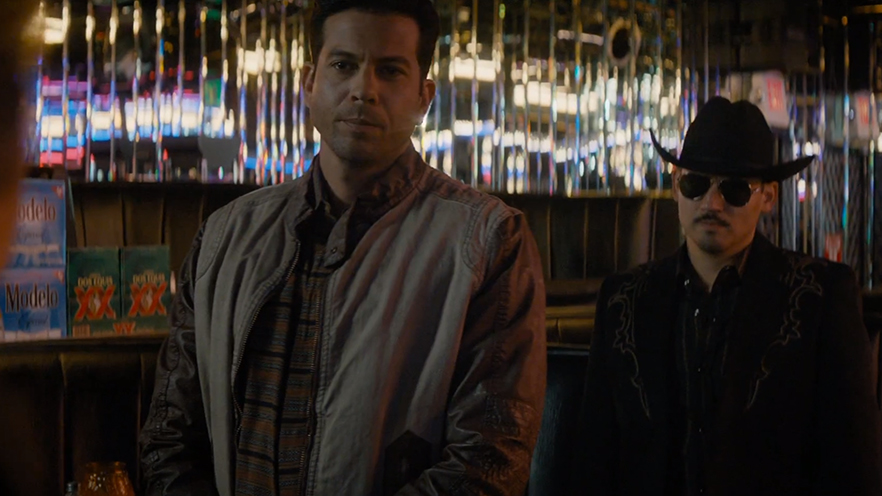 I feel like I now have a better grasp of maritime law than of whatever is going on between Jacob McCandless, various members of the Chessani family, Dr. Pitlor, Osip the Russian, the angel of death who strolled into Frank’s bar,1 the “foreign interests” trying to muscle in on the Vinci poker action,2 the bird-mask killer who pumped Ray Velcoro full of empty shells, the late-and-flatulent Detective Dixon, and a state senator. We are trying to figure out what happened to a set of diamonds stolen from police evidence, how they are related to a series of “hooker parties,” what blackmail material taken at those parties Ben Caspere might have stored on some hard drives (before he had his crotch blown off), and how it all relates to the disappearance of a girl named Vera.

No matter how you, or our detectives, try to piece this puzzle together, something is missing. It’s not motive, really. That’s easy, because there doesn’t need to be one. As Frank tells his wife, in one of their classic, unchaperoned couples-therapy sessions, “crime exists contingent on human desire.” True Detective, like Urbina’s Times piece, suggests that evil is real in this world — it exists, waiting for those with the right kind of twisted desire to find it. The difference between the show and that Times article, aside from coherence? It feels like no one is there to fight back in real life.

Although, come to think of it, if Ani Bezzerides, Paul Woodrugh, and Ray Velcoro were our protectors, we’d all be doomed anyway.

Episode 5 is called “Other Lives,” and the action picks up 66 days after the Vinci massacre. “It’s never too late to start all over again,” says Ani, standing with Ray, Paul, and a suddenly Harvey Dent–sounding Katherine Davis (played by The Wire’s Michael Hyatt). That may be the case, but five episodes into an eight-episode run, these are the same people with the same problems. Ani, now watching over an evidence locker, is only sincere about how little she thinks of everyone and everything around her — especially, but not limited to, the sexual harassment seminars she is forced to endure. Paul is trapped in a life he doesn’t really want, with a mother who never really wanted him, in a suit and job that don’t fit. Ray … shaved and bought another Charger. He has moved from Vinci police to “consultation” — which basically amounts to collections for Frank — but is still hung up on the disputed custody and paternity of who he believes is his son.

Even Frank is stuck, recoiling from being called a gangster. He’s not a gangster. Gangsters do gangster shit. Frank does amateur dental work and gets mad when other people don’t just give him money. The truth about our big bad is that he’s not that big and not even that bad. Frank Semyon is no Yellow King. He’s just a loser like the rest of these people. 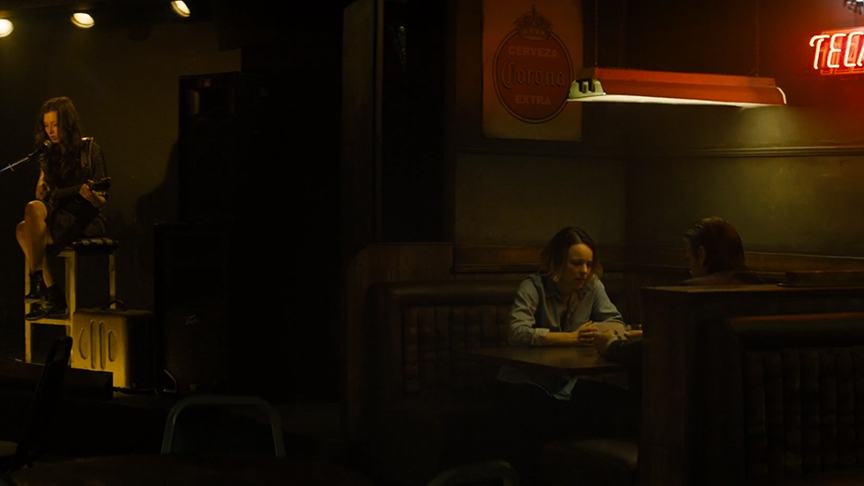 Even the losers get lucky sometimes, and these losers got a TV show. What a weird group of characters to build a season around. Like I’ve said before, I find it fascinating that this iteration of True Detective is essentially about a bunch of failures. But I didn’t calculate how their failures would impede the clarity of the narrative.

I think Pizzolatto wanted to make a show about a bunch of people that the world has chewed up and spit out — that were maybe never supposed to have been born, or aren’t quite sure if they’re alive — and he just happened to tell that story while also trying to conjure up a mystery. You can tell which part of this he’s more interested in by the way his characters talk about the mystery compared to the way they talk about themselves and each other.

The crimes are summarized; the characters are explored. Everyone knows themselves so well: Frank claims to have been born — no, “drafted” — on the wrong side of a class war;3 Ani sarcastically acknowledges that she should do a “fearless and searching moral inventory.” They know so much about themselves, and they know shit about the world around them. The Caspere Conspiracy is described in keywords;4 these characters speak about their interior lives in a kind of poetry. The merits of that poetry are debatable; where Pizzolatto’s interests lie is not.

Psychoanalyzing True Detective’s creator has become something of an amateur sport, and I’d rather not do it for free. But it’s pretty apparent that he’d much rather grotesquely investigate the reproductive choices of Paul’s mother, his fiancée, and Ray’s ex than the evildoing of California’s men of affluence. Is crime somehow beneath the crime writer? I don’t think it’s that. I think what got lost this season is a kind of dark harmony — between character and story, and motivation and crime. Evil is out there, in the ocean, just across those train tracks coursing through central California. It sucks people in — whether they desire it or not. You can make a show about both the people and the evil. In a perfect world, Pizzolatto could have it both ways, and on a stronger season he might have been able to.