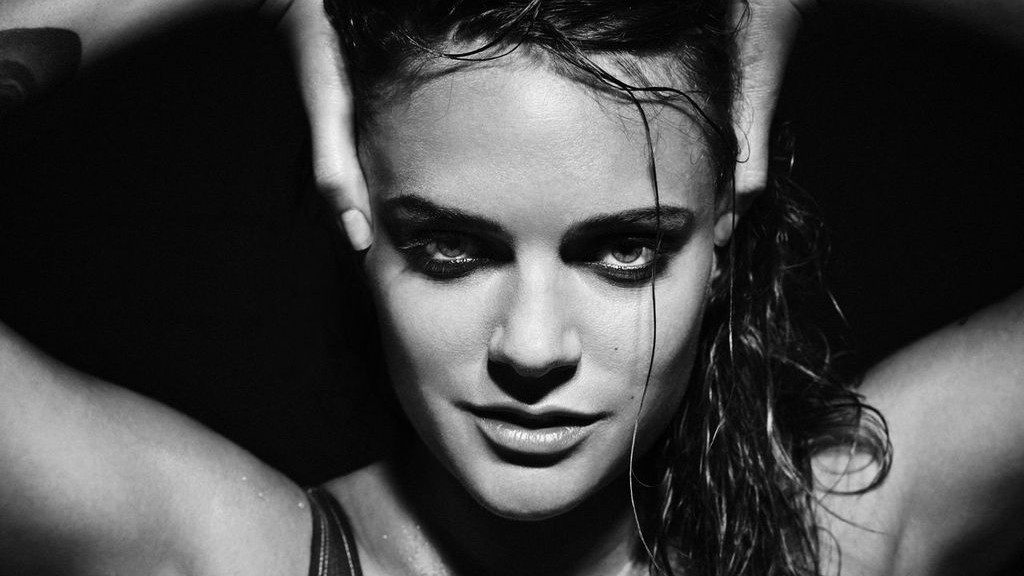 “Habits (Stay High),” the breakout single by self-described “dirty pop” Swedish singer Tove Lo, has taken the long way to the upper reaches of the Hot 100, where it currently rests at no. 7 just more than 16 months after it was released. (It’s also the reigning champion on the Hot Rock Songs chart.) A downbeat breakup anthem with a soaring chorus that belies the desperation of Tove Lo’s debauched lyrics, “Habits” is both a signature track for an aspiring star and a reiteration of an unlikely trend: For some reason, female pop stars seem to be getting into ’90s grunge lately.

A student of Swedish pop godfather Max Martin — she’s a member of the super-producer’s songwriting collective — Tove Lo aspires to balance finely tuned craftsmanship with something grittier. In a recent interview with USA Today, Tove Lo name-dropped Nirvana and Hole, pointing to the Alternative Nation–era touchstones as both childhood favorites and contemporary inspirations. Grunge isn’t a discernible musical influence on “Habits” or on Tove Lo’s new album, Queen of the Clouds, a full-fledged concept LP about the rise and fall of a relationship separated into three sections — titled The Sex, The Love, and The Pain — by spoken-word interludes. Rather, Tove Lo is plugging into a grunge vibe: “Habits” is more or less about drinking and drugging yourself into oblivion. Musically, the song is spare, composed mainly of clattering, echo-y drums and smoky synths that set the scene for the pleading vocal. As Tove Lo explained, “I was always fascinated by something that was a bit more dramatic and dark, so I was kind of looking for that.”

In spite of her “dirty pop” branding, what Tove Lo is doing on Queens of the Clouds isn’t really unique. Lorde, after all, has garnered comparisons to Kurt Cobain, which was apparently copacetic with the surviving members of Nirvana, who invited her to sub in for their missing frontman earlier this year. On the chart-topping Ultraviolence, Lana Del Rey adopted a pared-back, rock-based sound on a flinty set of death and celebrity-obsessed songs, like Peggy Lee channeling Courtney Love. Then there’s Sia, perhaps Tove Lo’s most direct antecedent, whose 1000 Forms of Fear topped the charts about the same time as Ultraviolence did this summer in spite of the Australian singer-songwriter’s unorthodox promotional campaign. If you’re looking for 2014’s fame-averse answer to mid-’90s Eddie Vedder, look no further than the woman with the blonde bob facing the opposite way in interviews and performing live via Lena Dunham Kabuki on late-night talk shows.

“Habits” is practically a sister song to Sia’s hard-drinking hit “Chandelier,” though Tove Lo’s backstory isn’t quite as dire as the depression and suicidal thoughts that distinguish Sia’s backstory. The girl-meets-boy, girl-loves-boy, girl-leaves-boy narrative of Queen of the Clouds is pretty straightforward, though the album’s clever construction allows for Tove Lo to dabble in different moods. On Queen’s opening suite of “sex” songs, she is flirty and funny, whether she’s catcalling jailbait on “Like ’Em Young” or just straight-up propositioning fresh meat on “Talking Body.” On “My Gun,” Tove Lo recalls fellow Swede Lykke Li’s similarly booming “Gunshot” (from this year’s excellent lovesick song cycle I Never Learn), though “My Gun” is hookier and more exuberant, with actual gunshot noises underpinning the recklessness of Tove Lo’s fateful promise, “I’m the mistake you want to make.”

The slickness doesn’t let up as the album progresses. “I can get a little drunk, I get into all the don’ts / But on good days, I am charming as fuck,” she sings on “Moments” as the “love” section commences. But Tove Lo does allow for her effervescent facade to slowly fall away — the majority of Queen is really given over to expressing the pain of uncoupling with big, emotive productions that bridge the gap between coolly composed synth-pop and grandiose arena-rock.

Next month, Tove Lo will open for Katy Perry on her tour of Australia. But she’s already setting herself apart from the headliner. “At a shoot yesterday, a stylist asked me, ‘What are you planning to wear on the Katy tour?’ I’m like, ‘Oh my God, fuck, I haven’t even thought about what I’m going to wear!’” she recently told Billboard. “I can’t wear what I usually wear [onstage] — I’m usually barefoot with, like, a T-shirt and jean shorts. I need to up my game.” It’s not exactly Soundgarden opening for Guns N’ Roses in 1991, but Tove Lo is consciously presenting herself as a de-glammed, every-woman alternative alongside an established behemoth.

This aesthetic — hyper-disciplined pop delivered with a “raw” and “honest” persona — might seem like a credibility grab or a capitulation to rockist biases. I prefer to think of it as counterprogramming, or perhaps the next changeover. Pop artists have always been magpies, lifting sounds and fashions from unlikely places and reinventing them. It’s a constant search for the new. And the new “new” might be something a little less perfect. If the spirit of grunge is going to make a comeback, it obviously can’t return in the familiar form of Sabbath-size riffs and Kevin Kerslake–directed music videos. It makes sense that it would reappear in the guise of women subverting the system from the inside, one hopelessly sad earworm at a time.

Carried Away: Can ‘Homeland’ Outrun Its Past?