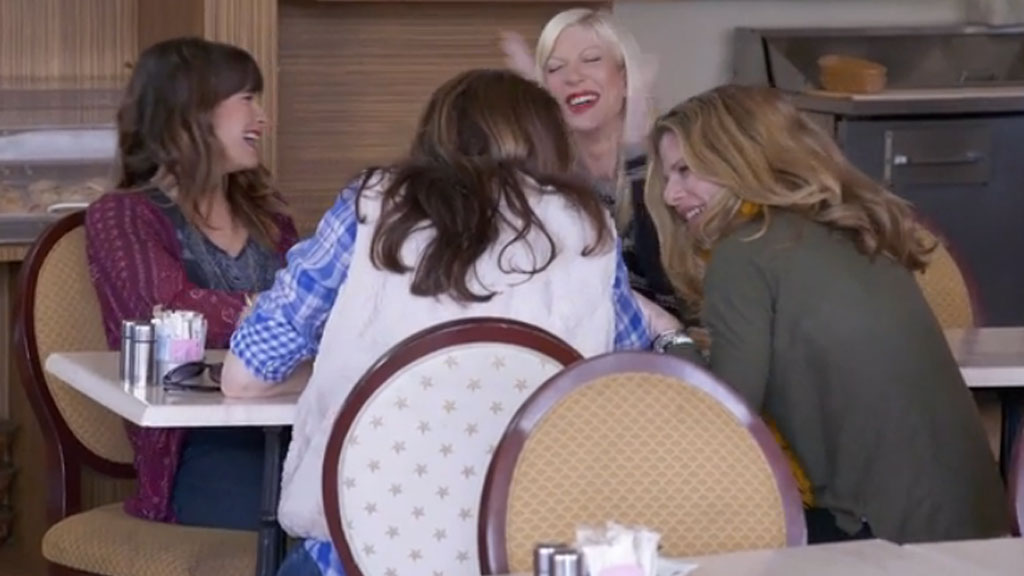 Who Is This Now? Tori Spelling.

Why Are We Watching Her? She’s trying to get her life back to normal by having a coffee date with some other moms from her daughter’s school.

How Did She Get Here? Her husband, Dean, cheated on her with another woman, who went on to sell her story to a tabloid, so Tori’s reality show is about how she and Dean are trying to reconicle.

What’s the Grossest Thing We See? Considering that these adult women all have access to Google and know what’s going on in Tori’s life at the moment, they say a lot of pretty rude, thoughtless things. One talks about how she’d told her husband, before they ever got married, that if he cheated on her she wouldn’t want to know about it, which — given it’s a hypothetical situation — is probably not much comfort to Tori as she lives through hell in the public eye; another makes Tori refute the story of how Dean supposedly showed a video of himself and Tori having sex to the girl he cheated with.

What Have We Learned? Tori should be pickier about the people she hangs out with.

Who Is This Now? Ken.

Why Are We Watching Him? He’s conferring with a professional about a health crisis.

How Did He Get Here? He has been on dialysis while he waits for a donor kidney.

What’s the Grossest Thing We See? For the sake of educating viewers, this extremely fake show makes Ken ask his doctor, “How long do I have to be on dialysis?” as if he doesn’t know.

What Have We Learned? This show thinks its viewers are very stupid.

Why Are We Watching Him? He’s answering his wife Tasha’s questions during a polygraph test.

How Did He Get Here? He and Tasha have already filed for divorce but are trying couples’ therapy as a last-ditch effort to save their marriage.

What Have We Learned? Marriage Boot Camp is not the greatest advertisement for therapy.