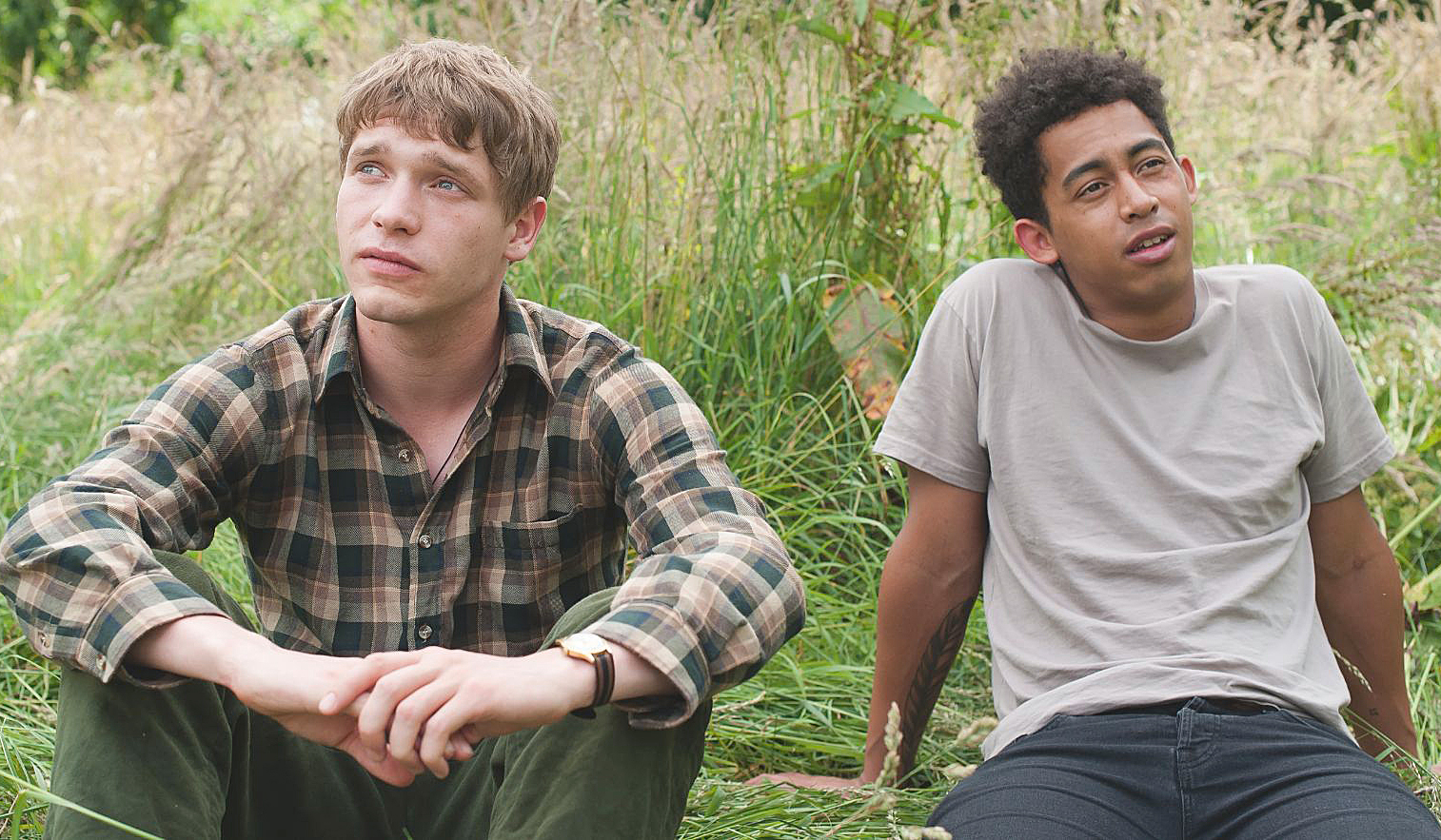 When you take young people on the precipice of adulthood and shove them into the chasm of murky morality by having them trip over a dead body, it ups the stakes of what is already a dramatic time in someone’s life. Everything feels important when you’re young. To chronicle that time period in a person’s life and make it actually important, by creating a clash between good and evil, is a recipe for good storytelling. That’s what Stand by Me did. That’s what Glue does.

What is Glue? It’s an eight-episode series that recently concluded its run on Britain’s E4.1 Filmed in the Berkshires (rural, very pretty), it concerns a group of eight young people, ranging from 14 to late teens/early twenties, from the village of Overton. Some of the group work on a local horse farm, some are Romany, one is a veterinarian, and the outcast, Ruth, is a cop; they all like to get high and kill as much time and as many brain cells as possible, jumping into grain silos and running around in the fields naked.

The teenage kicks come to a halt when one of their own is found dead, lying facedown in a field on the horse farm. This being a small town, it seems like everyone, at some point, is a suspect.

If the wasted teens dreaming of something bigger than their admittedly, more-than-one-horse town sounds suspiciously like Skins, it’s not that surprising. Glue’s creator is Jack Thorne, who worked on that seminal British coming-of-age drama from 2007 to 2009, writing for the original cast that featured Kaya Scodelario, Dev Patel, and Nicholas Hoult.

Glue takes the coupling, carousing, and life crises of teens and amplifies it all with a mystery. When confronted with the murder of one of their friends, the core group of Glue takes it upon themselves to investigate the crime. Their detective work is hampered by infighting, robbery, a gambling scandal, and lots of doomed romance. Every time you think the “who done it?” is wrapped up, another twist comes along.

What elevates the show beyond its Skins-meets-Broadchurch elevator pitch is the setting. Small towns are fertile grounds for any crime show, especially British ones — Broadchurch, Southcliffe, and Happy Valley being just some recent examples. Glue is different, though: It dives headlong into the tensions with the Romany community, into the mechanics behind the horse stables, the shady pool halls, the local woods where all the secrets seem hidden. It feels lived in. The young police officer, Ruth (played by Yasmin Paige, who you may have seen in Submarine), is half-Romany and exiled from that community. Once the investigation begins, she climbs up the professional ladder by leveraging her familiarity with the Romany people, but there’s some delightful ambiguity as to whether she’s truly concerned with bringing the killer to justice or more interested in punishing those who sent her away as a child. These cracks grow wider over the course of the series, and they are often more interesting than the mystery at the heart of the show.

The characters feel lived in, too. If Thorne learned anything from Skins, it’s that casting is half the battle. Glue is littered with charming performers. Jordan Stephens, from the British rap group Rizzle Kicks, is the easy breakout star playing rich kid burnout Rob, but I would imagine we’re going to be seeing a lot of Callum Turner in years to come.2 He plays brooding farmhand Eli and has a kind of primitive, Adam Driver burn going on.

The eight-episode structure is essential to Glue’s pleasures. This is not “event” television; it’s just a good mystery and a decent melodrama. And just when they run out of suspects, and the romantic couplings start becoming a bit last-man-and-woman-standing, and you don’t think you can stand another wandering look at waving fields of wheat and galloping horses, things come to a satisfying if heartbreaking conclusion. You are brought just close enough to these people to care about who they are, but you don’t stay with them long enough to get tired of them. At the end of the season, some of the characters find peace, some don’t, and they’re just as lost as when they started. The death didn’t change the world, just them. It’s only teenage wasteland.