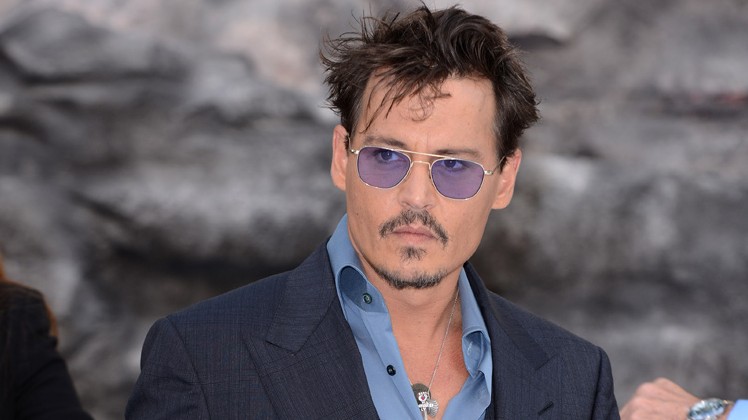 In 2011, when Whitey Bulger was arrested after 16 years on the run, it seemed obvious that his larger-than-life story would get the big-screen treatment, and sooner rather than later. Parts of Bulger’s dramatic arc — from Boston’s bloody gangland king, to apparition, to shriveled California nobody — had already been implicitly churned into sweet movie juice, most notably with Jack Nicholson’s depraved bad guy Frank Costello in The Departed. And, indeed, soon enough, word trickled down of not one but two competing Whitey projects: one from Barry Levinson and Johnny Depp, and one from (duh) Matt Damon and Ben Affleck. Meanwhile, the epic tale of Whitey continued unspooling: A few months ago, after a trial made no less dramatic by the inevitability of its outcome, Bulger was sentenced to spend what will surely be the rest of his life in federal prison. So now we can ask the important questions: What the hell is going on with the Whitey movies, anyway?

As Deadline reports, we’ve got some movement on the first project. Both Depp and Levinson were thought to be off the movie, with Johnny apparently balking at the meager payday he was going to collect for lathering on the old-man makeup. But this thing isn’t totally sunk: Now Scott Cooper — who broke out with 2009’s Crazy Heart, and just gave us Into the Furnace — is in talks to direct. Also! Depp might be back in, after all. In the misappropriated words of Teddy KGB, someone must have finally agreed to pay that man his money.

The movie, titled Black Mass, is being adapted from Dick Lehr and Gerald O’Neill’s excellent Black Mass: The True Story of an Unholy Alliance Between the FBI and the Irish Mob. That book, written years before Bulger was captured, patiently and devastatingly destroys the Whitey myth. Among his South Boston constituency, White attempted to sell himself as a benevolent, peacekeeping Robin Hood figure; in reality, he was a ruthless, murdering madman who broke his own supposed code by snitching endlessly to the FBI. That he was able to stay out of prison for as long as he did is in large part thanks to his rogue FBI handler, John Connolly, who grew up in Southie idolizing Whitey and went to extreme measures to divert the feds’ attention to other elements of Boston’s criminal underground. Eventually, when Connolly could keep the heat off his boy no longer, he tipped Bulger off that an arrest was imminent, and Whitey fled. (This relationship is nicely approximated with Damon/Nicholson in The Departed.)

All of which is to say: If Cooper/Depp stay loyal to Black Mass the book, that means they’ll focus on Whitey’s time in Boston rather than attempt to capture the whole grand tale. And that sounds like a swell idea.

Meanwhile, Matt and Ben’s version (which, presumably, would star the former and be directed by the latter) is still supposedly happening. Affleck’s plenty busy, what with the Batsuit fittings and all (plus his next directorial effort, an adaptation of Dennis Lehane’s Live by Night), so who knows when, exactly. But as recently as September, we had a Deadline update that Affleck had hired his bud Aaron Stockard, with whom he co-wrote The Town and Gone Baby Gone, to do some work on an original Terence Winter (Boardwalk Empire, Wolf of Wall Street) script.

Oh, also: Fox is getting into the Bulger game with a a miniseries “TV event” adaptation of Street Soldier, a memoir by ex-Whitey enforcer Eddie Mackenzie, starring … Peter Facinelli?! Really?!! Gah. Sorry, Fox. You just brought a Peter Facinelli to a gun fight.