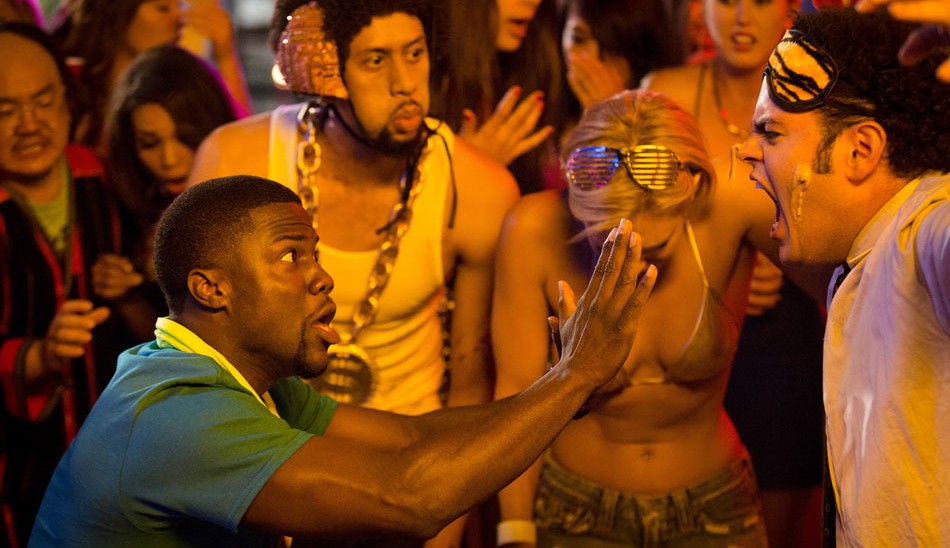 Late last month, the New York Times explored the curious case of The Wedding Ringer, which opens in theaters this week, a mere 14 years after the screenplay was written and sold. When the Walt Disney Company1 sold Miramax to a holding company in 2010, the assets transferred included 642 unproduced screenplays, which, according to a source quoted in the Times article, “were valued in the transaction at exactly nothing.” All told, 35,000 boxes of paperwork changed hands in the Miramax sale; once these boxes were shipped via 18 tractor-trailers from New Jersey to a warehouse in the Valley, the producer Adam Fields cut a deal with the new owners entitling him to dig through this mammoth slush pile in search of viable properties. One of them was The Golden Tux, a script by Jeremy Garelick and Jay Lavender about a socially awkward groom-to-be who hires a professional to pose as his best man.

Now it’s a movie, with Frozen’s Josh Gad as the groom and Kevin Hart as the titular ringer; it’s also Garelick’s directorial debut. This story — particularly the part where 642 screenplays in which humans had presumably poured out their best ideas, their deepest longings, and their most persistent emotional issues — struck me as a convincing argument against screenwriting as a career choice. Your screenplay will probably not sell. And even if it does, there’s a good chance it’ll end up in a file box bound for nowhere, a needle in a haystack made out of other, larger haystacks. But that’s just my interpretation, because I am a 35,000-boxes-of-office-crap-on-18-tractor-trailers half-empty kind of person. I am also not a successful screenwriter and director, and these things are probably connected. I spoke with Garelick by phone about what it’s like to write a movie and then have it rescued from oblivion more than a decade later.

I feel like there’s a lesson to be learned here about the movie industry. I’m just not sure what it is.

Yeah. It’s almost like Andy Dufresne, digging his way to freedom with a little rock hammer, and after 50 years he escapes from prison. That’s how we feel right now. Like we’ve been digging and crawling through mud and shit to make it to freedom.

How many years ago did you write the first draft?

In Hollywood terms, that’s geological time. Entire studios have risen and fallen and been covered up by sand.

Yeah. It was at Dimension, and then Miramax was bought by Disney, and then they separated from Disney. There were just so many things that happened to prevent this movie from getting made.

What was your job at the time, when you were writing this?

I was working with Joel Schumacher. I was actually his assistant for four movies. I was working on Veronica Guerin and I was in Dublin, and [cowriter] Jay Lavender was in Los Angeles, and we were emailing pages back and forth to each other.

[Long answer redacted. Short answer: He sure was.]

And then Dimension buys this script, which at the time is called The Golden Tux. And you get to quit your job.

It was called The Golden Tux, yeah. I don’t think of it as “I got to quit my job,” because I loved my job. It was more that I needed to focus on doing rewrites [on The Golden Tux] and on what it takes to be a professional writer. Doing the couch tour. I needed to quit in order to do that. Working for Joel was kind of an all-consuming job.

Did you think, OK, I’ve sold my first screenplay — I’ve scaled the wall. I’ve made it. It’s easy street from now on?

I felt really good. I think I felt validated, as a writer. Somebody liked our script enough to pay us a really nice amount of money for our script.

So you didn’t immediately start—

Doing cocaine and buying a Ferrari? No. I remember somebody told me — I think it was George Freeman, who’s an agent at WME, he told me, “You gotta treat yourself to something.” I’ve never been a big spender. But I went out and got one of those really comfortable desk chairs, those Aeron chairs. They’re like $750. That was my big purchase.

I know what you’re saying. I’m sitting in one right now, in my house. The day that thing comes, you’re like, “I’ve arrived. This is the lumbar support I deserve.”

What’s funny is I’ve kind of taken that philosophy, and any time I’ve sold something I try to buy something that represents the project. I did a little work on the first Hot Tub Time Machine — I did some punch-up stuff. And instead of taking that money and putting it in the bank or in a mutual fund, I went and I bought myself a hot tub. And every time I sit in the hot tub, I think of Hot Tub Time Machine and the work I did on that movie.

It’s like your hot tub is a time machine that takes you back to the moment when you did punch-up on Hot Tub Time Machine.

So you sell the movie in 2002, and I assume you’re thinking it’s going to become a movie, and instead it goes in a box somewhere. The top men at Miramax wheel it into that warehouse from Raiders of the Lost Ark.

It got close to getting made with Vince Vaughn. Todd Phillips was going to direct it. And that didn’t pan out, because Vince went and did Wedding Crashers, which had a lot of similarities to our film.

When they announced that Wedding Crashers was happening, was that a dark day for you? Were you like, OK, that’s it, this thing is dead now?

Y’know, it’s funny. Wedding Crashers was sold as a pitch, probably about six months after our script sold. And in our script we had a whole bunch of similar things, including a whole sequence about how to crash a wedding. It was really hard for us at the time. There were some jokes in Wedding Crashers that could have been taken directly from our movie. But everything happens for a reason, because Wedding Crashers came out and was huge, and Vince and Jay Lavender and I had been talking about doing The Break-Up, and now Vince was the biggest star in the world, so we were able to sell The Break-Up.

So it was maybe more of a dark afternoon. A dark couple of hours.

I try not to get too excited about things and I try not to get too down about things. And, y’know — after Wedding Crashers, there was a movie called I Love You, Man [about a socially awkward Paul Rudd negotiating a brolationship with Jason Segel], and [also] there was a movie called The Wedding Date [Debra Messing hires Dermot Mulroney to pose as her boyfriend]. It felt like our script was like a car left by the side of the highway that everyone was taking parts from. But it’s all good now. It all makes sense now. 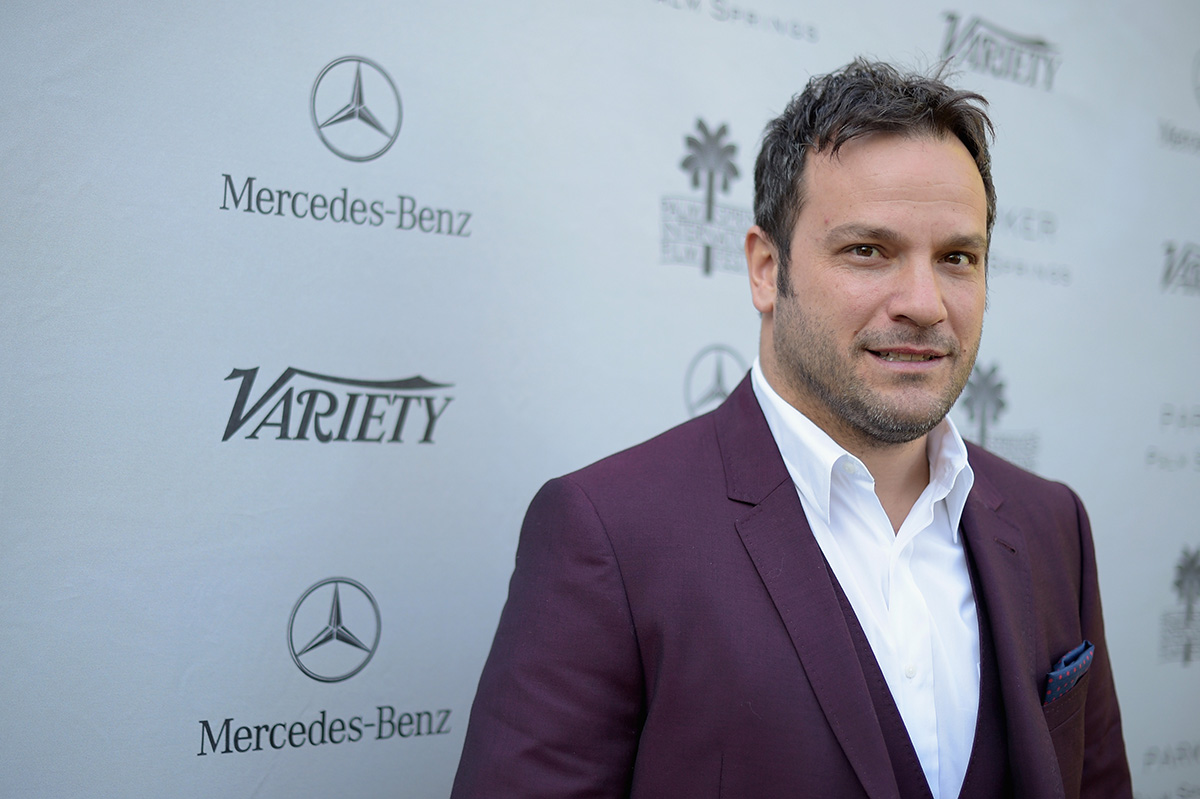 You had a script to use as a calling card.

It was a calling card, and it was a stepping-stone.

You worked on The Hangover after that?

Todd Phillips asked me to do a rewrite. We spent almost seven months rewriting the entire movie.

Is there anything in it that you can point to and say definitively, “That’s mine”?

It’s hard to say. It might be easier to point at it and say, “That isn’t Todd’s and mine.”

Well, of the three, it’s definitely the funny one.

Thank you very much.

That’s a good response. Don’t say anything else. So what about The Wedding Ringer — is it pretty much the movie you wrote back in 2001?

So the fact that it started out as a movie about someone hiring Vince Vaughn and became a movie about a nerdy white guy hiring a cool black guy didn’t necessitate a lot of changes?

There was nothing to address — it just worked with Kevin. There’s really nothing about race in the movie, apart from one improv line that Kevin added, which is “Fucking white people.” I think one of the great things about the film is that it’s not about that, it’s about friendship.

So you don’t feel like a movie like this is tapping into some larger cultural anxiety about the death of white coolness? Because I feel like that’s happening. We’re no longer producing cool people, as a race. Who was the last new white person to enter the pantheon of cool? It might have ended with Jack White.

So what was your wrap gift to yourself on this movie?

The truth is, nothing. Because I actually wasn’t paid that much. As a first-time director, you don’t get that much money. We’ll see how it does. If it does really well, maybe I’ll treat myself to something. A nice reclining chair.