The Walking No-Longer-Dead: The Sundance Channel’s The Returned Goes for Smart Horror 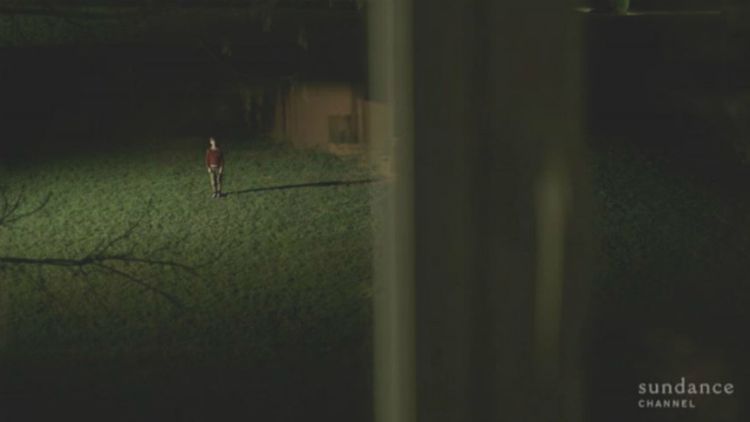 “The highbrow AMC” may seem like a strange identity for a cable network looking to make a splash. But for Sundance Channel it makes sense. The unprecedented ratings success of The Walking Dead has gobbled up everything in its wake, leaving little room for the sort of idiosyncratic, brainy (as opposed to brain-devouring) fare that elevated AMC out of the minor leagues to begin with. (That Breaking Bad is over and Mad Men is nearly there hasn’t helped much, either.) And so, over the past year, Sundance Channel — itself a corporate cousin of AMC — has picked up the slack, carving out a niche for itself with the sort of high-minded fare blood-and-ratings-obsessed AMC has left behind. In this analogy, Sundance’s brilliant Top of the Lake could be seen as its Mad Men (self-abusive people with secrets in a faraway land; Elisabeth Moss) and the slow and sticky Rectify the photo negative of Breaking Bad (it’s about what happens to a family after the crime and punishment). Now, just in time for Halloween, comes Sundance’s attempt at a horror show.

Before we get into said show, let’s try an experiment. Say there was no picture attached to this review and maybe you had spent some time away from the culture at large — perhaps, like Rectify‘s Daniel, you’ve been cooling your heels in a maximum-security prison for two decades. And rather than doing my job properly and explaining to you the particulars of The Returned (debuting tonight at 9 p.m. ET), I instead asked you to imagine them for yourselves. I’m fairly certain that most of you would have no trouble at all sketching out exactly what a scary series on a snooty network ought to look like. It’d be French, surely, with a dense and foggy atmosphere designed to chill you to the bone, not cut you to the quick. Rather than traffic in hideous acts of violence it would brood cerebrally on the consequences of those acts and pay as much mind to the scarred and bruised survivors as it would to the victims. The Whats and Hows of otherworldly occurrences would be less important than the aching, impossible Whys. Somber and still as the grave, it’d be more boo-hoo than boo.

Yes, The Returned — which caused a sensation on French television when it debuted last November — ticks all the boxes for Sundance’s arty business strategy. But I’m happy to report that it’s more than just savvy brand development. It’s also excellent, one of the more insidiously affecting series I can remember watching. Like Top of the Lake, The Returned hews to its own dreamlike logic, though in this case it feels more like a nightmare. The series is set in a tiny French mountain village, a place where the young are desperate to escape and the old know every one of each other’s secrets. In tonight’s premiere, Camille, a spectral, ginger teen, wakes up on the side of a mountain road in the exact spot where, four years previously, the school bus she was riding in plunged over the guardrail and crashed, killing everyone onboard. Soon others begin to return as well, seemingly devoid of any reason or pattern: Simon, a pretty-boy bassist who died on his wedding day; Victor, a bug-eyed tyke who doesn’t utter a word; Serge, a serial killer who immediately resumes acting on his awful compulsions. The returned aren’t ghosts and they aren’t zombies. (All are famished when they appear, but for pasta, mostly. Not viscera.) They’re merely themselves, unfrozen in time, confused less about their own deaths than by the once-familiar lives that have moved on without them.

If The Walking Dead made reanimated corpses the most gruesome things imaginable — relentless, biting monsters wearing (and feasting upon) the decaying flesh of friends and neighbors — The Returned takes things to an even more upsetting extreme. There are no crowbars to the brain, but the show does take a spike to the most cherished tenets of the grieving process: that even the most unspeakable losses must eventually be accepted and moved on from. What’s terrifying about the dead here is how very much alive they are: Camille taking a bath, sassing her parents, knocking on the wall of her twin sister’s room with the same secret rhythm that had disappeared with her into the grave. What’s even more unsettling for all involved is that Lena, Camille’s twin who stayed home from school that fateful day, has spent the last four years mourning and growing and raging against everything that happened since the accident — her parents splitting up, nights lost to countless drinks and mindless dudes. The return of Camille tips everything sideways. She and Lena aren’t identical anymore. They’re barely even sisters. It’s a nice sentiment to say the dead never truly leave us. But what happens if they refuse to leave us alone?

I’ve seen half of The Returned‘s eight episodes, and each hour is a precise jewel box of eeriness and dread. The show sinks in like icy December rain, carrying with it a residual dampness of memory and regret that seeps into your brain, your lungs, your heart. The performances, particularly those from the luminous Anne Consigny (as Claire, the mother of the twins) and Céline Sallette (as Julie, a lonely woman to whom Victor mysteriously attaches himself), are expert and restrained. Adding to the unsettling vibe is a sparse, rumbling score by Mogwai, the excellent Scottish noise-rock band whose entire career can perhaps best be understood as the soundtrack to an imaginary, highbrow horror film.

I’ve said in the past that the best television shows announce themselves with the audacity of their questions: Why is this science teacher in his underwear in the desert? Why are there polar bears on this island? And the mystery that fuels The Returned is right up there. The true measure of TV quality, though, isn’t the specificity or effectiveness of a show’s eventual answers. It’s whether the series can provide enough emotional ballast to make resolution a secondary concern. And thus far, by focusing on the reality of a disturbingly unreal situation, The Returned has done that in spades. There’s no time to worry about where the dead are coming from when they refuse to leave. C’est la vie, as the French might say. But what if it’s something far, far worse?