‘The Walking Dead’ Recap: Needing More Than Schnapps and Moonshine to Stomach ‘Still’ 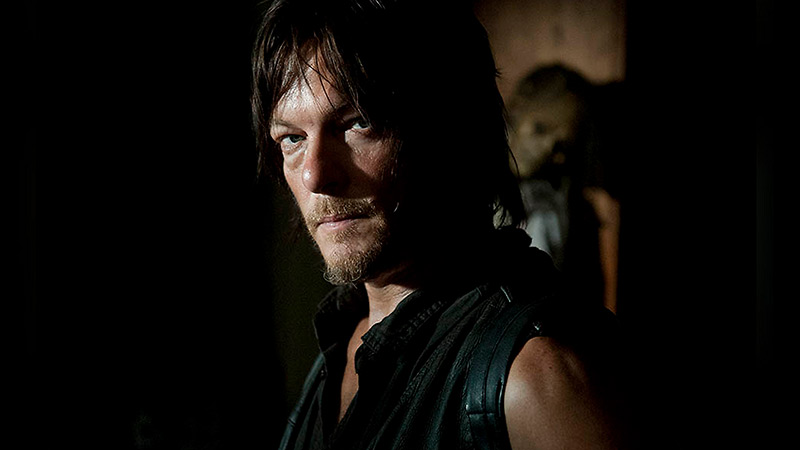 The Walking Dead faced some serious competition this Sunday when it came to long, incoherent, tear-filled monologues about unbearable struggle and infinite gratitude. Sure, the garments were a little nicer at the Oscars, but the pace was about the same. So TWD did what most of us would do when staring down endless speechifying: It broke out the booze. And AMC’s insuperable zombie rodeo/Existentialism 101 class likely slaughtered even the Oscars in that holy 18-49 demo.

“Still” was all about Daryl and Beth having a girls night out at the country club, dilapidated and corpse-filled though it was. But honestly, close to nothing happened in this episode. It was another hour of “character development” that forsook plot and forward momentum for a backward glance at where Daryl and Beth had been before the zombie apocalypse. As such, the show leaned heavily on Norman Reedus’s and Emily Kinney’s potent charisma to pull off what felt at times like a redo of The Breakfast Club, only with moonshine and zombies. I half expected Daryl to break into Emilio Estevez’s punch-stomp midway through.

Cramming a whole lot of action into one episode and then taking a timeout for some get-to-know-you beats the next seems like a recurring motif this season. And while recapping an episode that stretches what should be a b-plot into a full hour feels as challenging as trying to get zombie blood out of a brand-new white cardigan, a liquored-up Beth would surely remind us that it’s important to try.

Isn’t Bob Stookey the one with the alcohol problem?

The episode’s only real tension came up top, via a claustrophobic cold open that saw Daryl and Beth hiding from an unseen but presumably immense walker herd by holing up in the trunk of an abandoned car. But there was no coy flirtation à la Clooney and J-Lo in Out of Sight: Daryl kept a firm grip on his focus and his crossbow as the undead swarmed around the vehicle.

The anti-chemistry continued as Daryl and Beth pitched camp for the night. Daryl seemed content to lustily bite into some prime rib of snake, but Beth was very angsty. She was really hankering for a drink, and she’d never had one before in her life. I can’t blame her. The poor girl was probably a year away from escaping her father’s recovering-alcoholic thumb, carting off to college, and ending up on some Girls Gone Wild b-roll. Frankly, I’m surprised even the usually prudent Beth made it this far into the apocalypse without taking a swig of something. Suddenly, though, she was positively willing to risk her life for a cold one or a tequila shot (or hell, even some Jäger), Daryl’s sullen survivalist silence be damned.

So, Beth dragged Daryl out to a deserted country club to scour for booze, walkers hot on their heels. Sadly, she had to use the posh club’s last bottle of wine to brain a walker, and just about broke down mentally when she realized the only thing left was a bottle of peach schnapps — the one truly believable emotional moment in the whole episode. 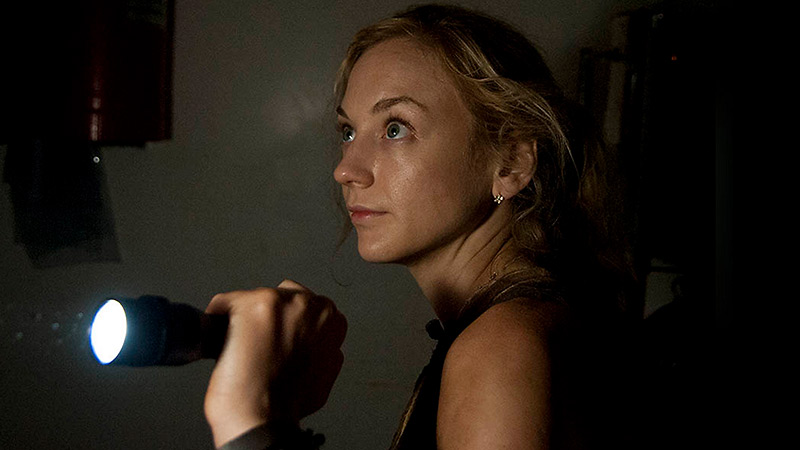 What’s the age of consent in rural Georgia?

Daryl, being the backwoods Adonis that he is, would be hog-tied before letting someone’s first drink be any variety of fruit-flavored liquor. Friends don’t let friends drink schnapps. So like any hard-core country rock icon confronted with a doe-eyed groupie, Daryl took Beth to an abandoned backwoods cabin that happened to be overflowing with Grade A, FDA-unapproved moonshine. He handed Beth a mason jar, and she took to the hooch like a walker to human flesh. I’ve had hipster moonshine, and even the Yankee-friendly stuff made it feel like the enamel had been stripped from my teeth. But Beth downed her moonshine like so many vodka-cranberries at the club, then flashed a coy smile at Daryl and invited him to play a game of Never Have I Ever.

The rest of the hour carried a distinctly jail-baity vibe. It really is a compliment to Kinney and Reedus that the episode didn’t totally implode; given where the script went, and given the subtext it delivered, this easily could have turned into a sequel to The Paperboy.

How many symbolic fires can they fit into one season?

Instead, Daryl proved a lightweight compared to dead-eyed Beth. When she giggled and joked about him spending a night in the drunk tank, Daryl exploded in one of the most awkward cuts in the entire series. In one frame he was cool as a cucumber; in the next he was on a Network-level rampage that looked like a clip from an Oscar-bait performance. Of course, with a walker banging dumbly at the door, it was quickly time for some corpse therapy. Walking that jail-bite line, a rampaging Daryl grabbed Beth by the wrist, dragged her outside, and, like an enraged alcoholic stepfather, “taught” her how to shoot a crossbow, firing over and over at the poor, stray walker. Somewhere, there’s a zombie porno featuring an almost identical scene that takes a far worse turn.

Thankfully, Beth knifed the walker in the head, and she and Daryl hugged it out. Next thing we knew it was night, and the two were still on the hooch, but this time Daryl was giggling like a schoolgirl about to ask Beth to braid his hair. And that meant a symbolic fire couldn’t be far away.

After the big anti-revelation that Daryl’s job before the apocalypse was being his big brother Merle’s shadow, Beth got the naughty idea to burn their issues away and set fire to their comfy backwoods abode. This was insane on so many levels that I don’t think it’s even possible to list them all. So, to paraphrase Wittgenstein: Of that which I cannot blog, I shall pass over in silence.

Suffice it to say, the episode ended with some self-indulgent close-ups of lapping flames as Daryl and Beth fled the horde of walkers inevitably lured by the gigantic bonfire. Now, I love Daryl in all his glam-rock crossbow glory, and even Beth’s dead-eyed high jinks have amused me. I think Reedus and Kinney might be the two most underutilized cast members this season. But it took almost every ounce of my goodwill to endure this week’s more bizarre emotional turns, and frankly, I have no idea what actually happened or why. All I know is that I feel like I drank way too much moonshine.

Bizarre sexual vibes aside, we can always count on Daryl for some truly creative walker kills. As Beth tossed the closets in search of a bottle like the family drunk, Daryl found himself cornered by a handful of surprisingly spry walkers. This being a country club, Daryl made resourceful use of the tools at hand: 7-irons. Daryl broke one club off in a walker’s face, then beat the plaid off another’s tacky golf sweater before teeing off its face like a young Tiger Woods for a bloody hole-in-one right into Beth’s newly scavenged sweater. Daryl Dixon: crossbow hunter, snake meat aficionado, PGA champion. This, at least, was a thing of beauty.