The Secret Policeman’s Ball: Coldplay, Ben Stiller, Russell Brand, and Roughly a Million Other Famous People Were All in the Same Room Last Night 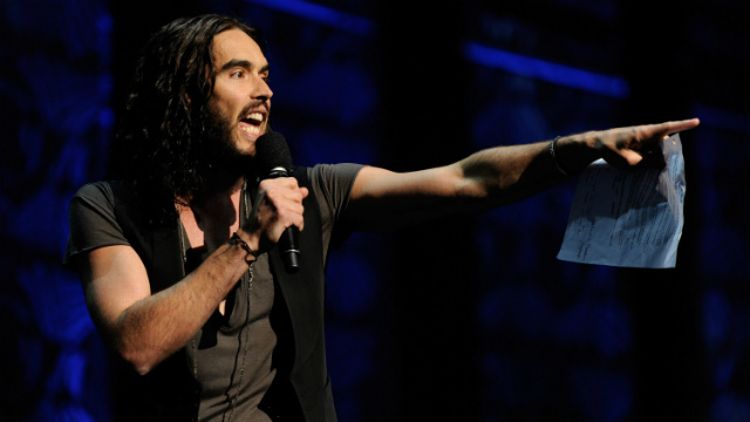 The Secret Policeman’s Ball — a live charity event benefiting Amnesty International — is a British comedy institution that originated in the 1970s, and has been held intermittently every decade since. Last night, for the first! time! ever!, the Ball came to the U.S. More specifically, it came to New York’s Radio City Music Hall, and it brought with it Coldplay, Mumford & Sons, Russell Brand, Paul Rudd, and roughly 7/9ths of the current SNL cast.

Kicking off the night of yuks and belly laughs and chortles was — Bishop Desmond Tutu! He appeared via a pretaped segment, slagged off the rest of the night’s lineup, and was actually really funny. And then it was on, with a breakneck pace of stand-up and sketches and famous people and not-that-famous-but-totally-great people showing up for minutes at a time. Jon Stewart and Kim Jong-Un — as portrayed by Rex “Ari’s assistant” Lee — rolled up; Kim threatened to throw Jon in his “traveling acid bog,” and then had his mobile hate-spew podium carted away. Eddie Izzard made the very salient “If God exists, why didn’t he ever flick Hitler’s head off?” point. Noel Fielding of the Mighty Boosh and Russell Brand — who had a chain dangling in the front of his pants, very subtly pointing the world to his genitalia — popped up to bash a non-Amnesty contributor (“she’s like a female Pol Pot”) in the seats. Then they made fun of the 10 Iranian women currently facing stoning by death for adultery.

Fielding: “You slept with 10 women last night.”
Brand: “Yes, I am responsible for most of the Iranian stonings. But I ask them just to throw pebbles, or gravel. It’s more of a gentle shower.”

And that’s as close as Russell Brand got to referencing his divorce from Katy Perry! Sorry, everyone.

Moving on: Bill Hader showed up as Julian Assange and, just as he has every day since probably the third grade, immediately became the funniest person in the room. Statler & Waldorf went in on Mumford & Sons: “They do all my estate planning.” Then they pretended to tweet, and it was surprisingly endearing. Those little Muppet old-man fingers, just typing away! Oh man. And then … even more comedians. Like: Chris O’Dowd, Bobby Moynihan, Jay Pharoah, Kristen Wiig, Fred Armisen, Paul Rudd, David Cross and Bob Odenkirk, Taran Killam in a Chewbacca mask, Ben Stiller dropping Blue Steel, and Sarah Silverman talking fondly of the days she was but a sperm in her dad’s balls.

Possibly stealing the show were two of the somewhat less well-known stand-ups; I’d seen Hannibal Buress a bunch of times, and he still slayed me (lots of excellent, plane-based humor). Jack Whitehall was introduced, I believe non-facetiously, as “Britain’s hottest young comic,” but I’d never heard of him before. Then he compared sex with his high-school girlfriend in his mother’s house on a creaky bed to the lovemaking of Anne Frank’s parents, and he had my respect and support forever.

Wrapping things up, of course, was Coldplay, the biggest band in the game. It was all very pleasant — they played “Viva La Vida,” “Paradise,” and “Every Teardrop Is a Waterfall,” and they brought their Technicolor dream stage from the Grammys with them. Also, at one point, Chris Martin lifted up his shirt to wipe away some sweat, but strategically grabbed the bottom end, thereby flashing just a touch of that trademark Chris Martin sexual prowess. Jay-Z, however, did not show up, nor did we get any stories out of Chris about babysitting Blue Ivy. So: close to, but not quite, a perfect night.

A (Google-Aided) Search for a Real-Life Kenny Powers