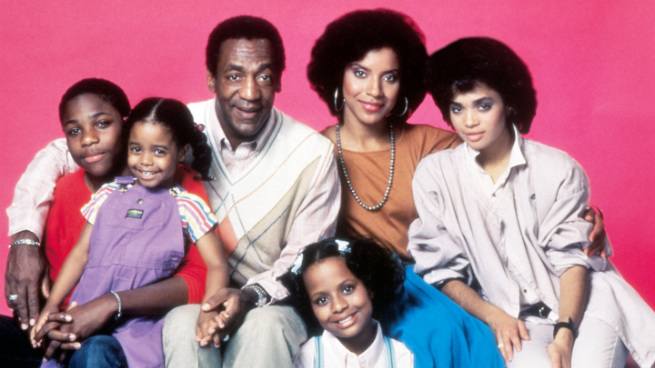 As soon as the news broke that Bill Cosby was heading back to NBC with a family comedy 30 years after the debut of The Cosby Show, reactions cascaded across the Internet. It’s not the blogger’s fault; it’s the blogger’s job. Most of us are concerned that, as Time suggested, there will not be proof of quality in Cosby’s modern pudding. We’ve all seen what’s been happening with The Michael J. Fox Show. Some of us still remain optimistic, perhaps because the original Cosby Show holds up so well. It wasn’t just culturally important, it was the story of the family you most wished would adopt you if your own disappeared. They were loving, they were funny, and they could afford to send you to Princeton. You could have both the hot older brother and the stylish older sister, with adorable younger siblings thrown in for good measure. They had the best ’80s kitchen and wore copious accessories. Their lives were blissfully aspirational.

NBC’s efforts to revive itself with ’80s throwbacks don’t seem like the most, uh, imaginative way to go about boosting its ratings. And Cosby, at 76, has already had three TV vehicles with his name attached (besides the original Cosby Show, there were The Cosby Mysteries, with recurring guest star Mos Def, and Cosby), only one of which made a real impact.

But we’re in the speculative phase now, perched high on a [cough] Cliff with nothing but the foggy unknown before us. Why forecast failure? Why hope for unlikely triumph? Why would you do anything but imagine The Cosby Show faithfully transcribed to fit the logic of 2014? It’s cozy in this sweater. Let’s get to jigglin’.

One of the most famous episodes of The Cosby Show was “A Shirt Story”: Theo (Malcolm-Jamal Warner), 14 years old, charges a shirt he plans to wear on a date to Cliff’s card. After a battle ensues, Theo’s sister Denise (Lisa Bonet) creates a knockoff for her brother, charging him only $30 and delivering a garment worth a lot less than that. Remember when your only options for finding shirts were going to an overpriced store or enlisting the help of your sister, who dressed like this? In 2014, Theo considers his options and hires an Etsy artisan.

Overspendy Theo thinks he can make it in the real world, so Cliff gives him a reality check by clearing out his room and “renting” it to him for $600 a month. Cliff points out that Theo has bad timing: In 1942, the whole house would have gone for $250. Whether the Huxtables’ manse was situated in Greenwich Village (based on the shots of its exterior) or Brooklyn, that room beats the hell out of this $900 sneaker closet in Greenpoint. Theo, you should have locked it down.

In which Claire goes off on Vanessa, retro-style

Phylicia Rashad’s mom wrath has not been bested in 30 years. There is no way she doesn’t have the Huxtable children’s Facebook passwords on file. Vanessa, I hope the Wretched concert was worth it. You’re about to get cyber-shamed.

In which someone stole the babies

Before cell phones, it was impossible to find out which grandparent had stolen your babies. Also, it’s hard to picture a modern-day Elvin (Geoffrey Owens) — total wet noodle — without an iPad affixed permanently to his paws. They don’t make ’em like that anymore. #iDads

In which there’s an “All-Music” TV station

And the only TV is in the living room. And there is no computer in the bedroom. And this is what your Discman looked like. The idea of a right to “quiet” died shortly after this episode aired in 1986.

In which drinking games were vaguely educational

They involved clapping. What is this, Where The Boys Are? Debauchery was so cute back in the day. Now when teenagers want to get illicitly crunk, they drink hand sanitizer and pour vodka into their eyeballs. I do like the fact that Theo foreshadowed the “millennials moving back home” trend, though. Our hunger for our parents’ cereal has withstood the test of time.

In which Hickory Dickory Dock, What is a Clock?

He broke a clock! How will we ever know what time it is! We will have to look to the sun or ask the woolly mammoths!

In which you sing Ray Charles like no one’s YouTubing

Family performances just aren’t as intimate as they used to be. Rudy Huxtable (Keshia Knight Pulliam) and Olivia Kendall (Raven-Symoné) had enough cuteness combined to implode the mommy blogosphere. You think Denise wouldn’t have had a whole plot arc dedicated to her holistic step-parenting and personalized Moby wrap? Come on. She was born to Babble.

Hey, at least there could be a very nice promotional Instagram of Cliff’s sandwiches. I can’t wait to see the Huxtables discover molecular gastronomy.

Sundance Diary, Day 7: One Swag House to Rule Them All and the Documentary of the Festival