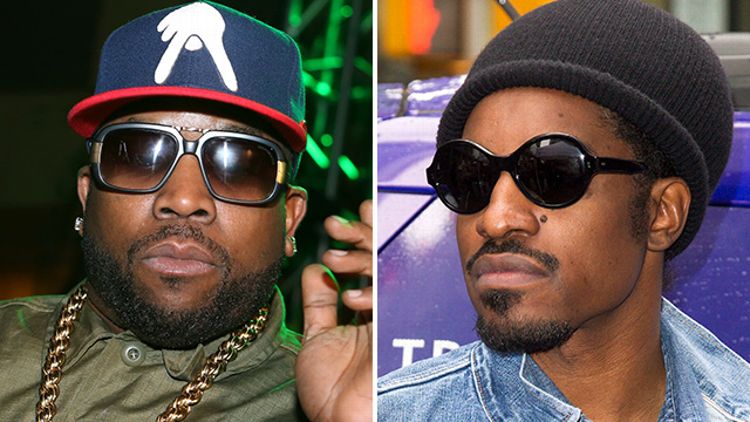 Sometimes, it’s better to just be lied to.

Over the past nine months, the two members of OutKast, Big Boi and André 3000, have produced statements in the form of lyrics, tweets, and interview responses that at times signal a potential reunion, and at other times drive home the point that the end isn’t just near; it’s here.

There was Big Boi’s July tweet, in response to why André was on Frank Ocean’s “Pink Matter” and not him:

Dre didn’t want an OutKast Record Coming out on anybody else LP RT @joeyde_: whhhaaaaaa @bigboi why werent you on it to begin with?!

The question was asked, because both Big Boi and André spent time in the studio separately, while Ocean’s channel ORANGE was being made, but as we now know, only one made the final cut. And, according to that tweet, we have a hunch why.

This was followed by a noticeably André-less Big Boi album, Vicious Lies and Dangerous Rumors (“I gave the motherfucker about 5 songs, but I guess he was just too busy”), which was also coupled with a few Big Boi quotes (that apparently were in jest, but … ) that surrounded André’s face-grooming career (“he said he had to do some Gillette shit”).

But then, some good:

On the verse, he dedicates a few lines to his other half, hinting that, yes, he’s sorry:

“This the type of shit that’ll make you call your rap partner
And say I’m sorry I’m awkward, my fault for fuckin’ up the tours.”

Apologies are always a good thing, especially between two men that do seem to genuinely love one another, with their beefs usually seeming strictly creative.

Even though Big Boi’s album did lack Benjamin, in an interview with Spin, André describes what he said to Big Boi upon hearing an early version of the album. André:

“Give people a reason to come back to the store. I told him to try anything, man.”

If you are invested in the emotional state of OutKast, seeing these quotes — positive ones — about their recent chatting gives you the butterflies. Maybe this is a step in the right direc—

In that same interview, André makes a statement suggesting that, while his relationship with Big may be improving, the likelihood of a reunion doesn’t seem to be anywhere on his mind.

“I go to the grocery store and people are like ‘Hey, where’s that new album?’ It’s great that people care, but I don’t know what I’ll do. Maybe I’ll do an album and maybe not. Some days I feel like it and some days I don’t.”

On December 29, as 2012 drew to a close, Big Boi took to Instagram and posted a picture:

Big Boi was slated to record vocals for an updated version of Frank Ocean’s “Pink Matter,” the song he was left off of five months earlier. Would the remix contain a new André verse also? Wait, WAS THIS THE REUNION? DOES THIS MEAN I CAN FINALLY STOP CRYING TO “ROYAL FLUSH“?

On January 2, Big Boi further hyped up what people have been praying about for years, by dropping another Twitter gem suggesting we might actually be in the infancy stages of a reunion.

Big Boi was now stalking André’s upcoming features. Would he just be adding in verses, or would this ALSO be a second reuniting track? WHAT WAS GOING ON?

So, the “Pink Matter” remix was released on the evening of January 11.

With the exception of Big Boi saying “remix” in the beginning, and then implanting his new verse in the middle of the song, it was the same song, with the same Frank verse and, more importantly, the same André verse. While a slight letdown, just hearing them rap over the same beat within a few minutes of each other, as inorganic as it may have been, felt nice.

No, it wasn’t a real OutKast reunion, but for a few listens, at least we were kind of able to pretend that it was. The art of denial and self-deception is a powerful tool. But upon coming back to reality, it was clear the release of this song was simultaneously a step forward and a step backward.

And now, for the big step backward …

“I was approached as a solo artist by both Frank Ocean & Tip. I discussed musical direction with each artist and completed my verses. It was after that when Big Boi’s name came up.”

André then goes on to say that he discussed all of this previously with Frank, with T.I., and with Big Boi, and that he was “surprised” to learn of Big Boi’s remixes.

“I understand that anyone can put out an unofficial remix to any song but I have an obligation to be honest with fans about what this is … and what it isn’t.”

He referred to Big Boi as “anyone.” That hurts me, and I’m not even Big Boi. Also, no one said you had an obligation to be honest with fans. André, I beg of you, don’t be honest to us anymore. Lie to us. Go Detox on us and always say Southernplayalisticadillacmuzik II: We’re Dads Now is in the works. YOU’RE ALWAYS IN THE LAB, ANDRÉ, EVEN IF YOU AREN’T. You don’t have to give us dates, and you can continue to be as vague as you’d like, but at least give us hope.

Honesty is for the birds, André. Lie to us. Please. That’s what your fans need now. LIES.