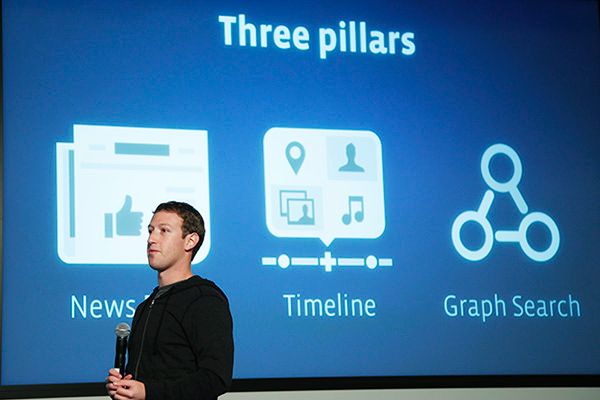 Introducing Graph Search, the new Facebook feature that will prompt a bunch of bogus disclaimer posts, just like every new feature that came before it. If you attempt to Graph Search for something outside of your social matrix, the query will be passed along to Bing. The search, which Zuckerberg is calling the “third pillar” of the platform (Timeline and News Feed are the other pillars; Scrabble is the caterpillar), is still in beta, but you can get on the wait list here. Best-case scenario: We can all become Millionaire Matchmakers by more easily searching for single friends by city. Worst-case scenario: the Power Bar, which is “almost frightening in its ability to personalize potential questions,” sings you “Daisy Bell” while trying to sell you that Baies candle you looked at once on Amazon. When you refuse, it sets you on fire like a bouquet of blackcurrant leaves and updates your status to “dead.”