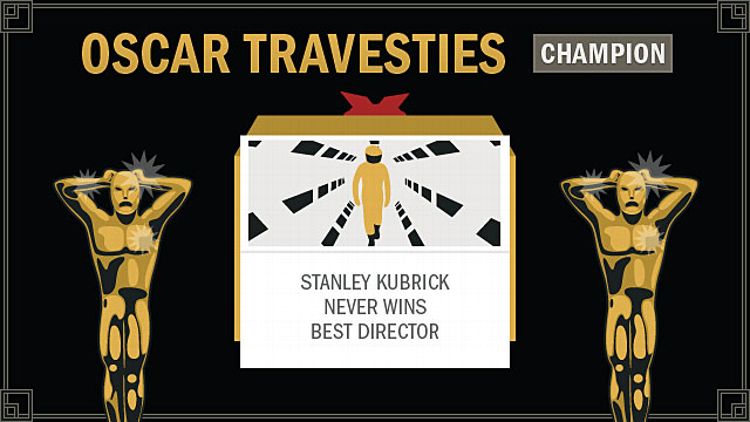 This is it. The last envelope of the night. We’ve waited through a lot of travesties to get to this point, so I won’t bother prolonging the suspense any longer. Drumroll, please …

As several commenters admitted, they voted for Kubrick based primarily on his pre-’72 filmography — from Fear and Desire to A Clockwork Orange — which technically makes this travesty a legacy travesty (as opposed to the belated legacy Oscar that Scorsese won in ’07). The voters already made their intentions clear vis-à-vis the Kubrick vs. Scorsese question a few days ago, when Kubrick’s un-Oscar narrowly defeated Scorsese’s un-Oscar for directing Goodfellas, which is arguably the single greatest film made during the period under discussion. If screwing over Scorsese had any chance of being our no. 1 travesty, the best shot was for not winning for Goodfellas, not his actual victory for The Departed — which is a pretty kick-ass flick, all things considered. 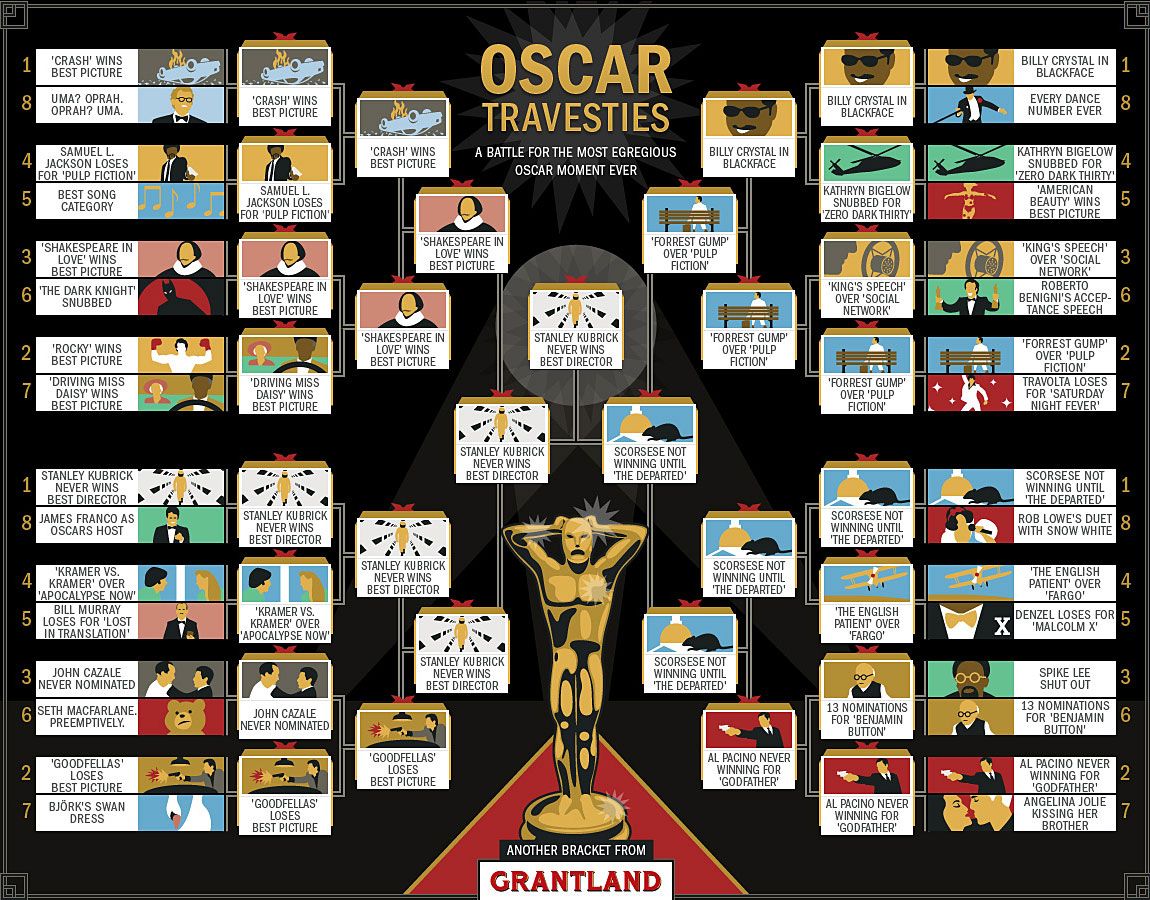 Other than the Goodfellas faceoff, Kubrick had a relatively easy road to the top. He dispatched James Franco (who wasn’t a travesty so much as a postmodern “travesty”), Apocalypse Now losing to Kramer vs. Kramer (a definite travesty that doesn’t inspire much passionate opposition, like excessive farm subsidies or the poor reviews of the last Strokes album), then Goodfellas, then Shakespeare in Love winning Best Picture (shoulder shrug). Scorsese was Kubrick’s only real challenger, and though Kubrick had to beat him twice, only once was it even a fight.

But, seriously, all hemming and hawing aside, Kubrick deserves his top-travesty status. After all, this is about the most outrageous black mark for the Oscars, not the person who was or wasn’t honored. Martin Scorsese not winning an Oscar until The Departed was almost certainly a travesty for Martin Scorsese, an unabashed fan of classic Hollywood cinema who wasn’t embraced by the Academy until he let loose his big-budget, Leo-fetishizing side. But it’s not as big of a deal for the Oscars, which honored Scorsese in its own good time. Kubrick not winning at all is a worse travesty because it diminishes the legacy of the Academy Awards as a legitimate arbiter of cinematic quality. It’s such a bad oversight that it makes spending days talking about the Oscars seem downright silly.

So, thank you, Grantland readers — you have voted to honor a great artist … and inadvertently undermined the whole premise of our bracket. Good night!