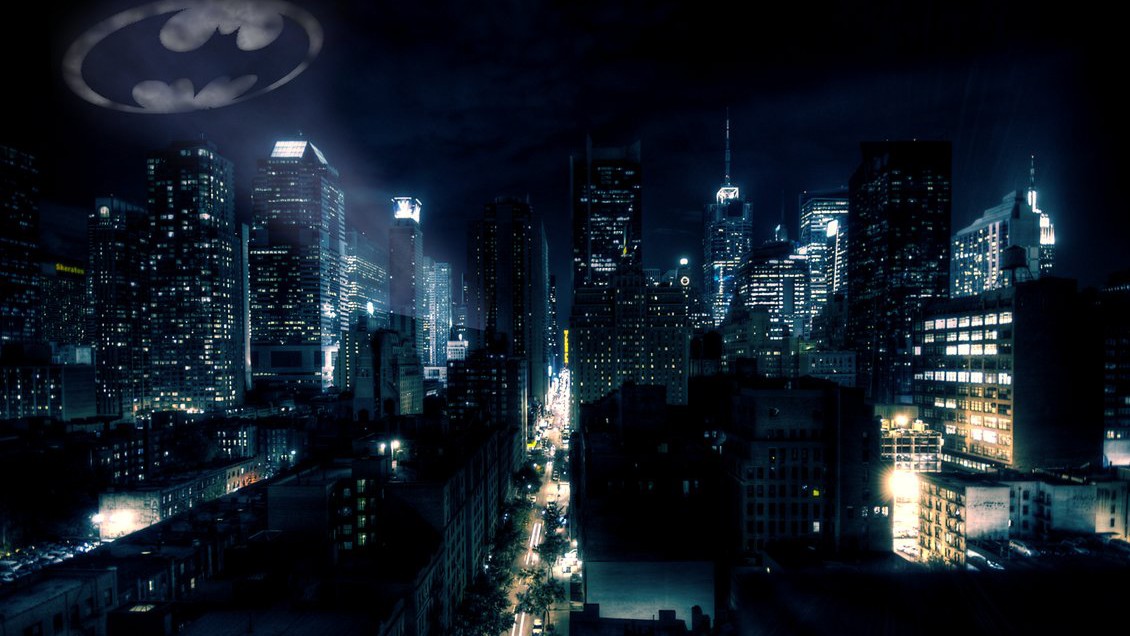 Mark Jones was working at a computer shop an hour outside London when he got a chance to visit the first and last movie set he has ever seen in his life. It was 1989: Tim Burton’s Batman had wrapped but hadn’t been released, and Jones was busy selling as many copies of an Amiga game called Batman: The Movie as possible. “There was a competition run by one of the distributors,” he explains. “Whoever sold the most Bat-packs won a trip to Pinewood Studios,” a massive production complex built on the grounds of a 19th century Victorian mansion.1

Jones and a couple of friends made the drive to Pinewood only to find themselves at a charity event for a group called the Variety Club. “There were some celebrities there,” he remembers. “Ernie Wise was there, half of a very famous comedy duo, Morecambe and Wise. And one of the Dr. Whos was there.” Boredom set in and they decided to wander. Around a corner, they noticed some scaffolding, and under the scaffolding, something they’d seen in press photos and TV ads but hadn’t quite conceived of as real: Gotham.

The set for Batman — built on 95 acres across 18 soundstages — was designed by a French Russian man named Anton Furst, who Burton had become fascinated by after Furst’s work on a nightmarish adaptation of Little Red Riding Hood called The Company of Wolves.2 Furst had a reputation: obsessive and charismatic — someone who could have just as well appeared in front of the camera as behind it. He wore black leather jeans tucked into black leather boots and drove himself to work impossible hours before sleeping on Valium and Halcion. Many have remarked on the grandeur of his nose, and Furst himself used to occasionally sign off on papers with a self-portrait that resembled a predatory bird.

Furst imagined Gotham as “the worst aspects of New York,” a city stripped of zoning and preservation restrictions and left entirely to the interests of developers, with buildings cantilevered over the street like some dystopian tree canopy and pushed so close to the curb that people could barely use the sidewalk. The architecture was a violent hodgepodge: skyscrapers that seemed to drip upward like some Gaudí stalagmite; Gothic buttresses and impassive brutalism; Victorian mansions and dingy bars crammed so close together that they looked like they were swallowing each other. When Furst took the job, he was invited to go to New York for research. He said he didn’t need to go again — he knew what it felt like to be there, and that was enough. 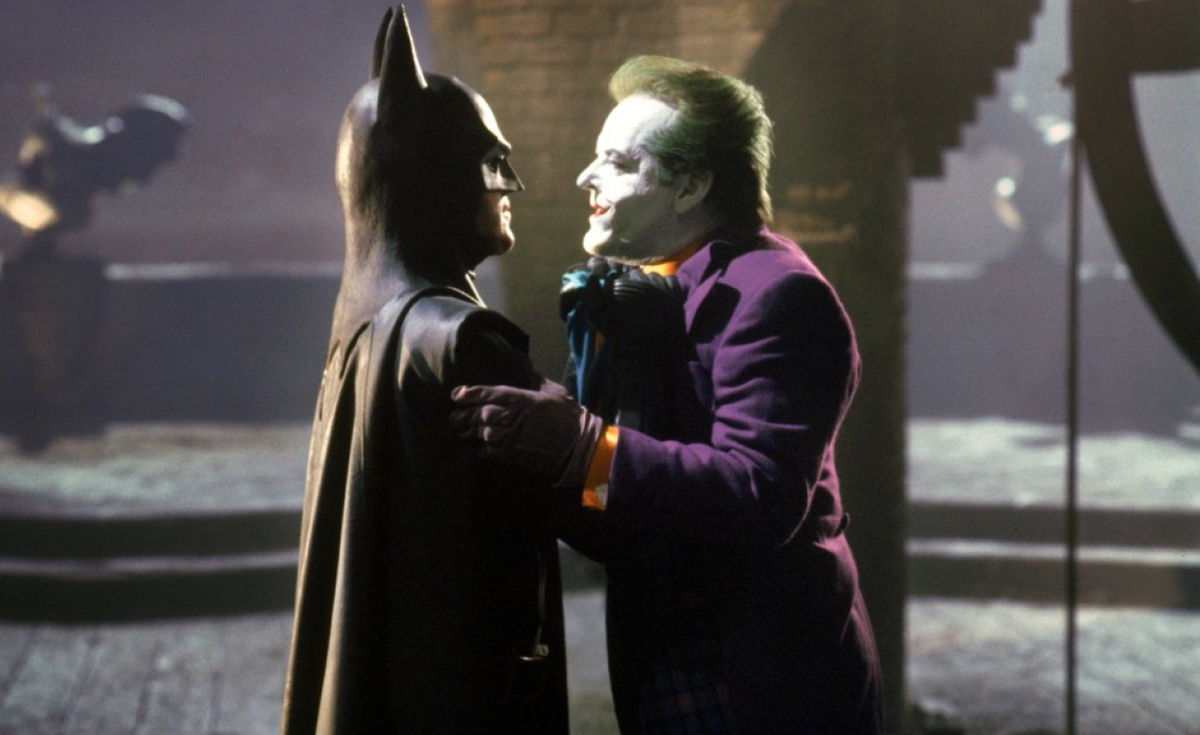 The story is one in which, to dignify an old cliché, the setting becomes its own character. In the movie’s final minutes — set in a moonlit belltower — the Joker and Batman argue about the cause and effect of their entwined lives: “You made me,” Joker says, referring to his past life as Jack Napier before he fell into the acid at Axis Chemicals. “You killed my parents,” Batman says in response — the trauma that made Bruce Wayne into the obsessive, frightened person he becomes. “When I say I made you, you gotta say you made me,” Joker says back. “I mean, how childish can you get?” But as much as they made each other, Gotham — dirty, jigsawed, and without exit — made them both. Where else could people so broken and disturbed possibly come from?

By the time the movie came out, Jones was as giddy as anyone else. He and his friends nudged each other in the dark as it played, whispering, “We’ve been on them steps. We’ve been there. We’ve seen it.” When they left Pinewood, they’d taken some souvenirs with them, some of which Jones has since sold. He still has a wad of fake bills with the Joker’s face printed on them, though, which he remembers finding in piles behind the empty facades of Gotham’s buildings, “like someone had just swept them up, like wet leaves.”

Batman remains a strange, romantic movie; it’s less rigidly masculine than I think of superhero movies being now.3 Neither Batman (played by Michael Keaton) nor the Joker (played by Jack Nicholson) seem to have a firm grasp of exactly why they want each other dead, or if they do, they lose sight of it in the cloud of their own problems. Keaton is repressed and perpetually irritated; Nicholson waves his gun around like a wasted cheerleader with a shiny ribbon. What other movie marketed to preteen boys features so much footage of a man putting on makeup, or of the color purple, or the texture of crushed velvet?4

Some of the comic’s hard-core fans hated Batman,5 but it was more or less successful with everyone else. One of the most common criticisms of the movie was that the story got lost in the style. This seems true, especially in the last act, when things start sprinting toward the end as though the crew was running out of film. Still, it seems less and less common to see a superhero movie guided not by plot or by action but by the mysterious logic of feeling. In this context, Furst’s designs — not just the look of Gotham but of Batman’s weapons and accoutrements — aren’t what holds the movie back; rather, they’re what defines it. It reminds me of something I sometimes think about writing: Most of the time, you don’t remember what happens in a story as well as you remember how it feels to have read it.

Furst ended up with the Oscar for Best Art Direction (now Best Production Design), and Batman grossed at least 10 times what it cost to make, which is to say nothing about the merchandising, which was omnipresent.6 Furst’s checks swelled. On November 24, 1991, 23 years ago, he jumped off the eighth floor of a parking garage and died.

His last credit was on a movie called Awakenings, based on the memoirs of the neurologist Oliver Sacks. It is a bright, tender movie, not without conflict but buoyed by an overwhelming faith in the human spirit. (The title is a reference to patients whom Sacks brought out of decades of catatonia using the drug L-dopa.) Interestingly, it was set and shot in New York, albeit a lighter and more intimate one than Gotham — one where the density of Manhattan evens out into the placid, provincial parts of Queens and the Bronx, where the landscape starts to suggest the suburbs before actually becoming them. “I’ve simplified the backgrounds, so you’re always looking at the actors and can really concentrate on them,” Furst said in a 1990 interview with Bomb. “In the same way I starved Gotham City of color to exaggerate the Joker’s look.” Furst considered the shift a necessity: “To make it gloomy would be to make it almost intolerable.” 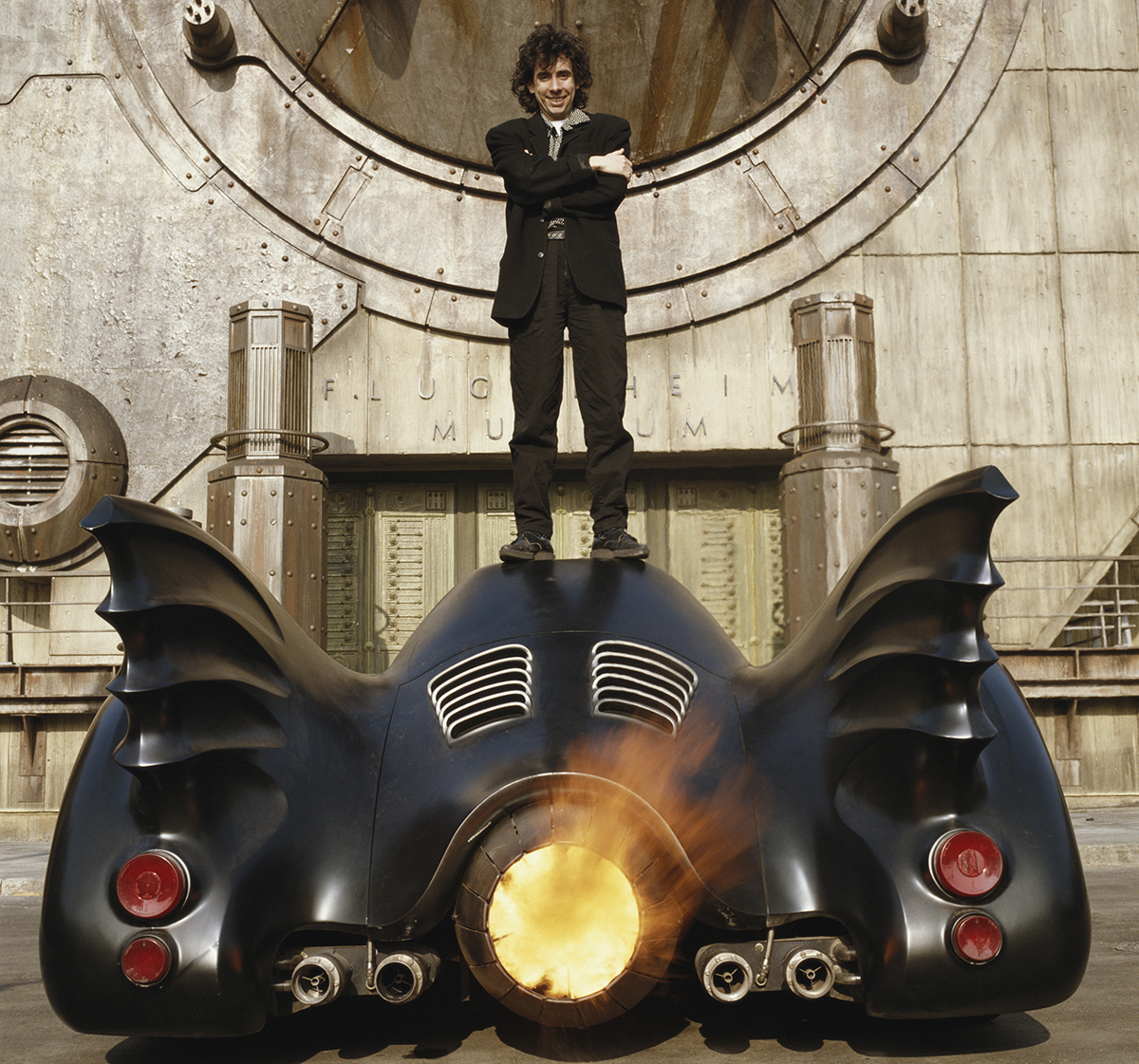 Furst’s Gotham would never exist now, at least not on the same scale or with the same focus. Christopher Nolan’s trilogy was shot in a hodgepodge of studios and locations from Pittsburgh to Jodhpur, all crisp and breathtaking but none with the claustrophobic intensity of Furst’s. Then there’s Fox’s Gotham, a show whose title alone asks us to look past its characters and to the city itself, but whose design comes across as hurried and fragmented, like chili that hasn’t been given time to set.7 Closest, in a way, is Birdman, a movie in which Keaton echoes his own real-life past as an action star, set mostly around Manhattan’s Theater District and Times Square. Here, we see Gotham — or its real-life model — as a labyrinth of hallways, stairwells, and rooms without windows: a safe place, but one from which there rarely seems like a way out. If Batman treated a set like a city, Birdman treats a city like a set.

Like a fairy tale, Gotham changes because its function is allegorical: not any one city but the idea of a city in general. Some visions of it are techy and debonair; some are flat; some are neon; some are dark. As a story pinned to a superhero, the cornerstone of any Batman chapter is the idea of Gotham as a system whose order — or disorder — has ultimately become one person’s responsibility. In that sense, Burton and Furst’s visions were miserably codependent: Rarely has Gotham seemed so bad off or Batman seemed so ill-equipped to deal with it.

I first saw Batman at a theater called the Art Greenwich Twin, at the corner of 12th Street and Greenwich Avenue in New York. (It was called the Twin because it had two screens.) I was 7. I ran out of the room during the shootout in Axis Chemicals and watched sheepishly from the slim, vertical window in the door. I squirmed when the plastic surgeon groveled for forgiveness as the Joker unravels his own bloody bandages and demands to see his new face, and I couldn’t even touch the idea of Smilex, the bioterrorist chemical Joker releases into household products that leaves its users dead, with their mouths bent into a permanent grin. It was the first time I remember being scared in a way that I wanted to be scared again.

At the time, I figured the movie had been shot on location in some part of New York I just hadn’t been to yet, maybe somewhere near Shea Stadium. This was before Rudy Giuliani, of course, when the city was still a dirty and violent place that with a little time and negative momentum might actually turn into Gotham. (“It was pretty easy to get you into schools because nobody wanted to live there,” my dad told me recently.) Batman’s world was real to me, or at least plausibly mistaken for real. The Flugelheim Museum sounded enough like the Guggenheim Museum that a 7-year-old might reasonably assume they were the same thing, and Gotham’s mayor, played by Lee Wallace, even looked like Ed Koch, with his head stretched out a few inches.

Like a lot of lower Manhattan, Art Greenwich Twin is now an Equinox fitness center, and so on — it’s pointless to talk about these things as though they were indignities in a city where the murder rate has dropped nearly 90 percent in 25 years. Still, when I see Nolan’s versions of Batman, which I take are supposed to be darker, grittier, more threatening, and more realistic, I see something gained and something else — something wild and humid and genuinely insane — lost. “Me instead of Jack Nicholson?” Furst said as he accepted his Oscar. “Oh yeah, that’s great. He made my sets look so small.” Then, before stepping off the podium: “Big kiss.”

Mike Powell(@sternlunch) is a writer living in Tucson, Arizona.