The ‘Leftovers’ Finale: A Temporary Good-bye to Our Sad, Lost Friends in Mapleton 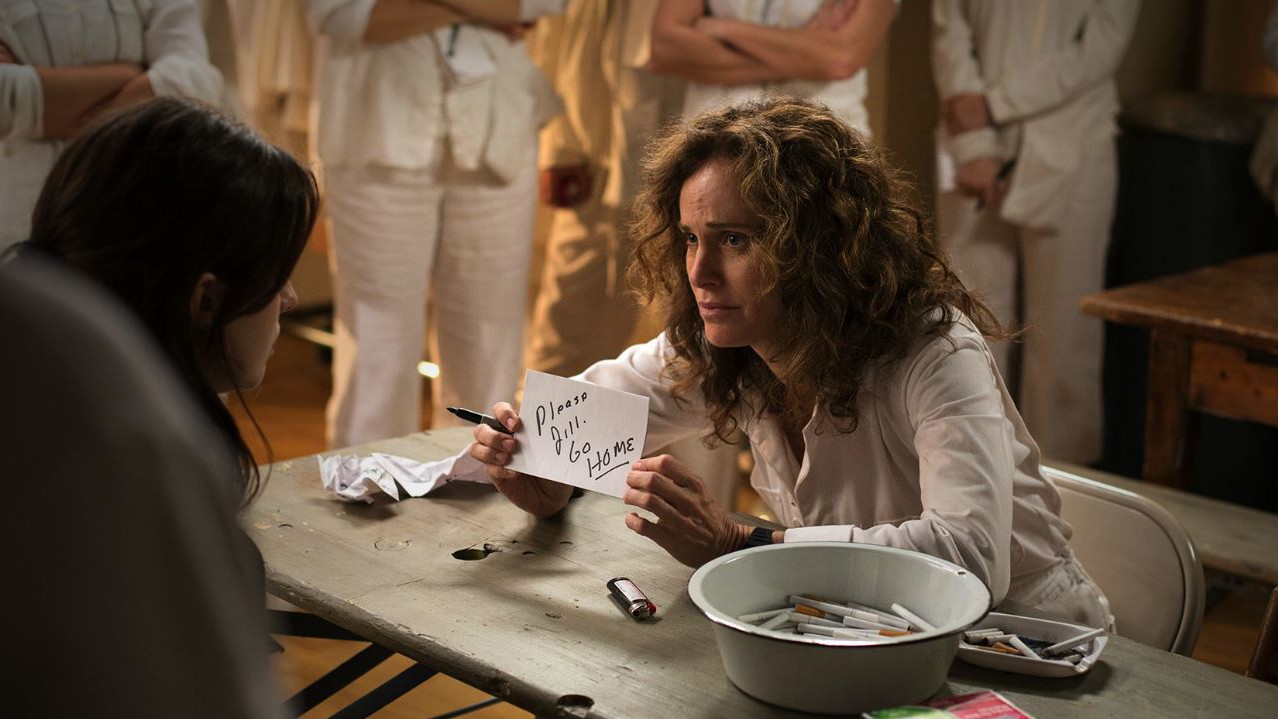 So does that shot of the burning cul-de-sac mean no more Guilty Remnant? I’m really going to miss those sweatsuited wackadoos next season. They may have been psychological terrorists of ambiguous motive, but they conducted themselves like a bunch of state-college art students: smoking constantly, living communally, decorating their space with posters bearing gnomic Barbara Kruger–esque slogans, goading reasonable people to the point of violence just by being annoying. Most fun TV cult since Kelly Taylor joined the New Evolution, hands down.

I’ve been told that cocreator Damon Lindelof plans to stay silent about last night’s Leftovers finale, like an uncaring god, or David Chase (same difference). We’re left to sort through the events of the last 10 episodes without guidance from above, which is frustrating but also metaphorically on-brand — this show seemed to take the notion of an interventionist God off the table way back in Episode 3. That was “Two Boats and a Helicopter,” the one with Christopher Eccleston’s Father Matt and the Jiffy jar full of cash, the one that ended with a twist so cosmically chilly even Rod Serling might have flinched. Having won enough money at an Atlantic City blackjack table to save his church from foreclosure, Father Matt stops to save a Guilty Remnant member from being assaulted, catches a rock to the skull, and wakes up to find he’s slept through the deadline and the church has been sold — to the Guilty Remnant, which proceeds to paint it all white, like some blasphemous boutique hotel.

“Two Boats” was also, for what it’s worth, the point when I decided I’d follow this bleak-ass show wherever it went; I’m still not sure if that fact makes me a sadist or a masochist. I admired its aversion to tweetable twists, its commitment to a downbeat tone, and the way each episode managed to be both trudgingly quotidian and full of doom, just like a Sunday night. (In retrospect, it’s amazing it took this long to get around to the psychological-terrorism montage set to a weepy/thunderous orchestral arrangement of Metallica’s mosh-pit sea-chantey “Nothing Else Matters.”) And when last week’s episode jumped away from the present-day plot entirely for an hour of flashback that ended about where the pilot began, I was both intrigued and full of dread. I’d actually grown to like these sour, thwarted people and didn’t want to watch them watch their loved ones be suddenly deleted from continuity; I knew it was coming, but it still gutted me when it actually happened.

At the end of the day, it’s all about the characters. Back when they were making Lost, Lindelof and Carlton Cuse said that to anyone who’d listen. At the end of the day, it was bullshit — and I say this as someone who liked that finale and regrets only a few of the way-too-many hours I spent thinking about the show as a whole. Flashbacks or no flashbacks, Lost was about plot and expectation, and the evolving relationship between TV audiences and TV storytelling, and the surprising versatility of Hawaii as a filming location; it was an amazing tap-dancing narrative machine that the characters existed to interface with. When Lindelof & Co. insisted otherwise, they sometimes seemed to be describing a different show, in which the sci-fi was only incidental, a MacGuffin to get you in the door; The Leftovers might be that show. The one subplot that felt the most like a placeholder for a larger mythology — Holy Wayne and his acolyte baby mamas — was also the weakest part of Season 1, and last night’s finale seemed to collapse that plot back into the Mapleton story pretty definitively. I suppose there’s still a chance it’ll spread out into something more traditionally postapocalyptic and second-half-of–The Stand–ish if HBO gives it enough road, but I feel like if this show was headed for a Boulder/Vegas showdown it would have showed us a Man in Black by now; I kind of love that it hasn’t.

Filed Under: TV, the leftovers

Weekend Box Office Winners & Losers: What, You Were Expecting Elvis's Stillborn Twin to Save Hollywood?