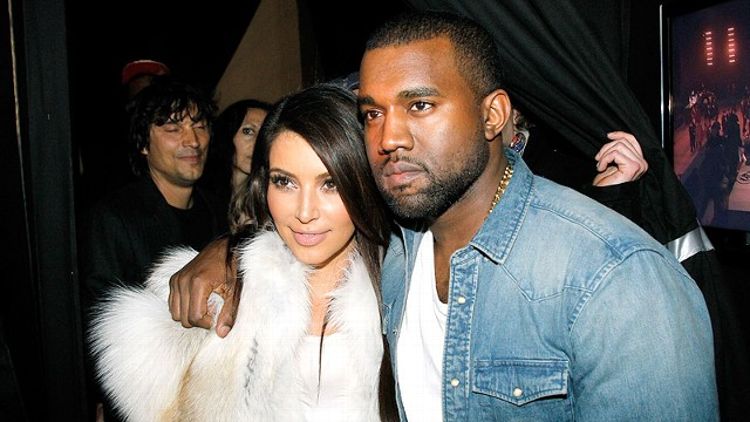 Kanye & Kim K: “They were acting like a couple of kids” as they hung out on the floor piano in FAO Schwartz famous from Big. “It had been West’s idea to have the store clear out customers so they could visit a few in-store boutiques — like the Angry Birds shop — undisturbed. As Kim playfully tried on costumes for West’s amusement, more and more fans realized the superstars were in their midst, and began chanting her name. West, as famous for his ego as his talent — ‘really dug it.’ For him it’s great to hang with someone who’s an equal.” Equally down with furs and fame-whoring, yes. “The new romance is the result of months of hot pursuit by West, sparing no expense to win the woman who calls herself ‘the ultimate doll.’ Conveniently, the knight in mink-lined armor arrived just as the damsel, 31, has been feeling like the dating equivalent of ‘a leper,’ with guys too freaked out to approach her.” Kanye is smitten. “He thinks she’s his Beyoncé!” They went to see The Hunger Games. “Not wanting the evening to end — or perhaps trying to woo her into a sleepover — West played to Kim’s famous sweet tooth,” buying her ice cream, which apparently worked; “she spent the night at his place” and emerged with a visible hickey. They lunched the next day, “where West downplayed his self-centered image over truffle pizza. He’s actually a really good listener.” They went clothes shopping and each paid. “Kim can pay her own way and she’s not riding his coattails. He loves that she’s a powerful business lady.” HE FUCKING LOVES IT. “She was with cowardly guys like Reggie Bush, who was obsessed with what his teammates thought, and Kris, who didn’t want her to act too strong. But Kanye loves her Kimness. She’s great the way she is and if people hate on them, he’ll only like her more.”

Jeremy Renner on Finding Christina Aguilera Passed out in His Bed at a Party: “She was just chilling. I was happy to meet her. I was probably also pretty shitbagged.”

Misc/Etc: “We call her Bronx Barbie!” “End the needless suffering!” “This little lady in my belly throws off my balance!” “a vintage Loretta Lynn nametag” “banana Laffy Taffy” “being pregnant makes me thirsty!” “I’m afraid of bees, like stupid afraid” “I didn’t want my husband to think that our sex was going downhill” “Who I am on stage is very, very different to who I am in real life” “giving himself a grainy facial” “fed a baby elephant” “Louisiana’s cutest little visitor” “they’re like homies” “Take a lover!” “He’s really insecure about his shirt being off” “Victoria Beckham buying a gnome” “crocodiles, monkeys, and iguanas” “I like a nice bum!” “jerky husband” “a jail in space” “two-time teen bride” “shower sex scene”

Katy Perry Dumps French Model: “More man trouble for Katy Perry.” Rebounding from her split with Russell Brand, she hooked up with “Chanel model and aspiring musician Baptiste Giabiconi. But now that fling has flopped. Insiders tell Star that Katy dumped Baptiste because he was using her!” Giabiconi was “trying to raise his own profile and boost his singing career. But Katy was vulnerable and lonely after the split. She loved the attention Baptiste lavished on her — and she wanted to make Russell jealous.” After squiring him around French Fashion Week, “Katy wondered about his intentions because he always wanted to make sure they were photographed together.” She became “more suspicious as rumors swirled that Baptiste is Chanel designer Karl Lagerfeld’s secret lover. But Baptiste insisted on coming to L.A. and shacking up with her and started pushing Katy to introduce him to music producers and even beggar her to duet with him! When she realized he was more into her connections than her personally, she dumped him.” She just performed in India, site of her wedding to Brand. “She wanted to do some serious soul-searching there. She feels stupid.”

Adam Levine Dumped by Russian Model: “Just days before the Voice judge and his girlfriend of two years, Anne V. publicly confirmed their split, the Russian supermodel was already getting frisky with another guy” in Miami Beach. “Seeing those pictures of Anne draped all over another guy was excruciating for Adam. He’s absolutely heart-broken. He’s one of the most popular musicians in the world. But right now, he feels all alone.” He should call Katy Perry!

Jessica Lange & Sam Shepard: Possibly their “epic romance will have a happy ending after all.” They split in ’09 but were spotted kissing in Paris on April 1. “Jessica and Sam are soul mates. They’ll never be able to cut ties.” Lange, who has two kids with Shepard and one with Mikhail Baryshnikov, has said, “I’ve been with a lot of men. I’ve known a lot of men. None compares to Sam in terms of maleness.”

Bad Girls Club‘s Natalie Is in Love: “I dated all the wrong guys, who wanted to do all the wrong things. No more threesomes! This is the real thing.”

Sarah Palin the Stage Mom: “Sarah Palin is turning her attention from running the country to running to her daughter Bristol’s career,” negotiating for Bristol’s new Lifetime show Life’s a Tripp (yes real title). “She was one of the most difficult people they have ever had to deal with! She told them that Bristol was worth much more than anyone on reality TV today, that she was the original Teen Mom.” She forced a “creative input” clause into the contract. Will Palin ever return to politics? “Sarah said no — there’s much more money in television!”

Misc/Etc: “Spending $600 on maternity jeans” “flaunted her famous figure” “boombox cake” “longest conga line on roller skates” “they’re never going to betray me” “trying to thug up his image” “Toby Keith performing at Toby Keith’s I Love This Bar & Grill” “He’s telling her the engagement ring he gave her is really more like a promise ring.” “He kissed her passionately at the top of a canyon” “seem so showmancy” “I don’t think aging is great” “she joined the ranks of mommies with breast implants” “here’s a certified cougar!” “once a supermodel, always a supermodel!” “she’s shaped like a cake pop” “wiry and bushy” “everywhere she turned, piles of cocaine were always available”

Mark Wahlberg: “I don’t like doing all the dangerous stuff.”

Angelina & Brad: “Emasculating Brad Pitt yet again” Angie has penned a foreword to ex-husband Billy Bob Thornton’s book. “It’s as if Angelina Jolie has slapped Brad Pitt square across the face. After eight years and six adorable children together, the actress has disrespected her partner yet again in the worst way possible.” She “gushes over Billy Bob Thornton, whom she once called her true love” during their “sex-fueled marriage.” She thanks him for building up her confidence as an actress and for pounding her in the limo that one time. “She says that he’s a genius. They’ll always be close.” She “shared a secret rendezvous with the eccentric author-turned-actor, 56” in a Berlin hotel suite in February. “Brad thinks that Billy Bob is a pretentious jerk.”

Misc/Etc: “A pretty pony” “way to make us feel crummy about ourselves” “Channing Tatum booty-popped onstage with Elton John” “doesn’t she trust the dog?” “her beauty routine comes to a halt” “lips only Mr. Potato Head would kiss” “one ill-fated date” “dreaming of crawfish?” “she has so many sad days” “she’s being a mean mom” “wouldn’t mind seeing you in handcuffs” “strong ambition destroyed her relationship” “the gorgeous star is destined to remain alone” “the adoration of an entire nation” “the relationship will implode under the weight of their giant egos” “He’s so attracted to her” “they are planning something more formal for this summer in Myrtle Beach” “lazy, amoral, normal-looking young women” “a mischievous baby sloth”

Kate Winslet on Leonardo DiCaprio Since Titanic: “We were 21 and 22 when we made it. You know, he’s fatter now — I’m thinner.”

Jennifer Lawrence on Her Friendship With Zoe Kravitz: “When we’re together, we’re like Beavis and Butt-Head.”

Rihanna & Ashton: He’s been blowing her off since they hooked up, and she is not going out like that. “A lovelorn Rihanna has taken to sexting the supposedly aloof actor!” She’s been sending him sexy photos while on tour, “lots of close-ups of her cleavage and his favorite part — her derriere!” She loves a challenge. “It’s the thrill of the chase that’s fueling Rihanna’s fiery flirts. She knows she’s not the only girl Ashton’s been seeing and she finds that to be a challenge. The more he resists her advances, the more determined she is to conquer him.” Who can relate to that! “Rihanna’s a sucker for a bad boy. It’s as though she’s addicted to bad men and forbidden romances.” And maybe Ashton is just playing hard to get to stoke her interest. “Ashton would like to see Rihanna again — what man wouldn’t? But he’s made it clear their hookups have to be kept secret. He hated all the attention they got the other week. Rihanna knows that if she’s going to see him again, she has to be discreet about it this time. So he kind of has one foot in and one foot out — and she knows that, and it’s turning her on even more.”

Jennifer Aniston & Justin Theroux: “Due to their fighting ways, Jennifer Aniston and Justin Theroux will have their own exclusive living areas within their $21 million dollar Bel-Air home! Like in a boxing ring, each fighter will be equipped with their own corner to escape to, and cool off in.” Also there’s a vineyard! “They’ll share a bedroom and other rooms, but both need their space and decided that the best way for their relationship to survive is for each of them to have separate sections of the house that are exclusively their own. Jen and Justin fight a lot, so she figures it’s better if he has an escape in the house when they need to get away from each other.” They may have spent too much time together initially. “For the first six months or so, this wasn’t a problem. But recently both of them have had moments of feeling trapped, and emotionally suffocated, and that causes friction. The other issue is that he wanted to live in New York, but she backed out at the last minute. Justin tried to be understanding but deep down he’s annoyed. That’s caused some major fights.” If he’s going to flip out, she’d rather he do it in the house. “The last thing Jen wants is Justin storming out to a hotel. Jen is aware that she finds it very difficult to live with other people, and she realizes they can’t be together all day, that they need their own space. It shows she’s determined to make this relationship last!”

Misc/Etc: “tangerine lips” “Lord, Lord, Lordy, Lordy, Lordy” “hair flying in the breeze like a peacock’s tail” “a springtime full of romance” “ban teens from tanning beds?” “every recording artist could be gagged” “looking more Playboy model than mom!” “Miley’s more ripped than ever!” “if there are Twix in front of me I’m like, in trouble” “I love house” “this chick has no edit button” “we’re good luck to each other — like each other’s rabbit foots” “we’re more like men because we do show our sexuality and burp and fart” “I can’t believe I am old enough to say I’ve had a friend for 30 years!” “working on a new film about wife swapping” “I have a rich love life, but I’m not in a relationship” “they have matching lives” “involvement in pageantry” “we’re laser-focused” “we’re always having a laugh at each other’s expense” “ice cream white”