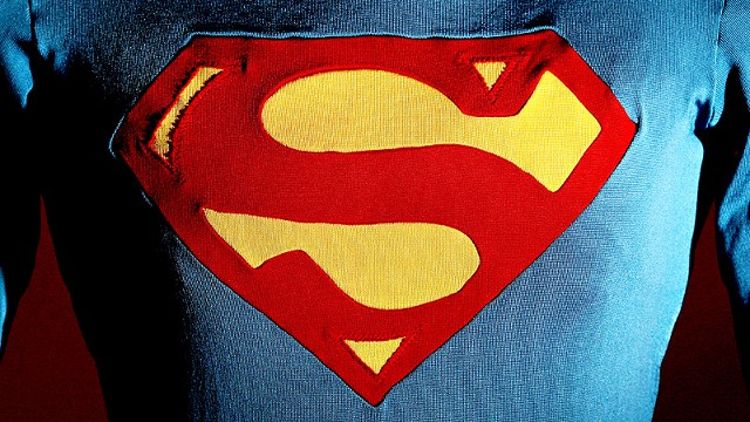 Memo to movie-studio types planning to conduct some on-the-DL market research down at the Android’s Dungeon: A brand-new, crisply creased Batman T-shirt is not an effective disguise.

Monday, at the comics-news site Bleeding Cool, editor Rich Johnston summarized an encounter between some comic-shop staffers and a group of suspiciously chatty, suspiciously comics-illiterate customers who may have been Warner Bros. employees trying to take the pulse of nerd world vis-à-vis the forthcoming Justice League movie. “They entered posing as fans,” Johnston wrote,

” … but it was obvious to staff by the time they finished their first question that they were not. And about half way through they abandoned all pretence and were asking questions like “what superhero films have had good Facebook pages?”, “Do you think comic fans would accept a superhero film without [Christopher] Nolan’s involvement, would him serving as a producer suffice?” “What do fans think of Aquaman? He’s lame isn’t he?”, “What is regarded as the strongest lineup of the Justice League and would work as a film?” boiling right down to “What should DC do film wise?”

They asked for comics that best represented how the fans perceived the Justice League. One of them was wearing a box fresh Batman T-shirt — it still had the wrapping crease marks. They knew nothing about comics but corrected a member of staff on the year the Justice League film was due, 2014, not 2013. They mocked the Ant Man movie and looked a bit worried when they were assured by staff it was probably going to be all right.

And they looked glum when they were told DC should “just do what Marvel have done”.

Ouch. According to Johnston’s story, these crafty secret shoppers were also curious about how comic-book movies affect comic-book sales (they don’t, for the most part) and seemed surprised to learn that everyone hated Jonah Hex and Green Lantern. Then, after a few more oh-so-casual just-a-couple-nerds-sittin’-around-the-ol’-nerd-porch-talking-nerd-things questions about which obscure Justice League characters they’d like to see in a movie, they asked their impromptu focus group what fans would think of a Justice League movie “with Frank Miller’s name attached.”

Miller, of course, is the living-legend writer/artist who revitalized Batman with 1986’s The Dark Knight Returns. But in recent years, he’s also become one of the most divisive figures in comics, courting outrage both in his work (his last big book, Holy Terror, was a demented piece of neocon pulp about a Batman stand-in declaring war on Al Qaeda) and his public statements; in a fuming post on his blog late last year, he referred to Occupy Wall Street protesters as “louts, thieves and rapists … fed by Woodstock-era nostalgia and putrid false righteousness.” And while Miller’s comics have inspired hit movies like 300 and Sin City (which Miller co-directed with Robert Rodriguez), his only solo feature-directing credit is 2008’s dismally received Will Eisner adaptation The Spirit. He also wrote Robocop 2 and 3, although both scripts were heavily rewritten and Miller has basically disowned them.

In other words, he’d be a left-field choice to direct a movie Warner presumably hopes will be their Avengers. Joss Whedon didn’t have much of a feature-film track record when he was hired to direct that movie, but his impeccable geek-world credentials pretty much guaranteed giddy, rapturous buzz from the moment he signed on. Miller’s relationship with the demographic that gets excited or upset about as-yet-unmade comic-book movies is more complicated; like Alan Moore, he’s a titan who has spent the last decade or so problematizing his legacy by saying crazy shit in public, and — perhaps predictably — the 16-page comment thread that follows Johnston’s story is full of JPEGs of Batman looking horrified and Darth Vader yelling “NOOOOOO.”

It’s probably worth noting here that Johnston’s story is based on anonymous sources from a comic-book store in an undisclosed location, so there’s no proof that the conversation he described actually took place, or that the people involved actually work for Warner Bros in any capacity. (A Warner Bros. spokesman had no comment, so there’s that.) But it’s a slow Wednesday, so let’s speculate on its implications anyway!

But enough about Frank Miller, who — if he’s in contention for this gig at all — is probably the Louis C.K. to Ruben Fleischer’s Seinfeld. Let’s talk about what’s really important about this story. Let’s talk about the creased Batman T-shirt and everything it represents.

As one Bleeding Cool commenter points out, Warner Bros. owns DC Comics, which means it’s weird (to the point of rendering the story itself a little dubious) that they chose to send a black-ops team to a comic store instead of just e-mailing somebody at DC and asking them to send over a box of their most popular Justice League stuff. But I want to believe that this is actually how superhero movies are market-researched, because if this is how the sausage is made, the fact that a major studio served up Green Lantern with a straight face (“Here — it’s sausage, made out of beans, sand, and old crayons, just like our extremely scientific snap poll of three guys working shitty retail jobs indicates you demanded it!”) suddenly makes sense.

Also, I want this to be true because I love the idea of Jeff From Marketing strolling into a comic-book store like some kind of cultural narc — “What up, fellow nerdstas? Please direct me to the Justice League comics that the kids are most cray-cray for!” — without imagining that every single detail of the conversation that followed would show up on the Internet almost immediately. I mean, how does anyone in 2012 — let alone a person who works in marketing for a studio that makes superhero movies — not know that nerds be going on the Internet?

Then again, maybe that was the whole point. Deciding how to go about making a multi-million-dollar superhero movie by asking the dudes behind the counter at a comic-book store seems like a dumb idea. (Among other things, you’re opening yourself up to all manner of Grunge Hoax–style culture-jamming. What’s to stop some prankster from telling Jeff From Marketing that the next Green Lantern movie should be about G’Nort, because “that guy really swings on the flippity-flop”?)

But maybe this only seems like laughably amateurish market research. Maybe leaking the Miller scenario was exactly the point; maybe they dropped a pebble in the pond knowing they’d get to see the entire Internet react to it. I just wrote a 1,500-word blog post about a movie that clearly isn’t even close to existing yet, and you just read it. Well played, Jeff From Marketing. Well played.