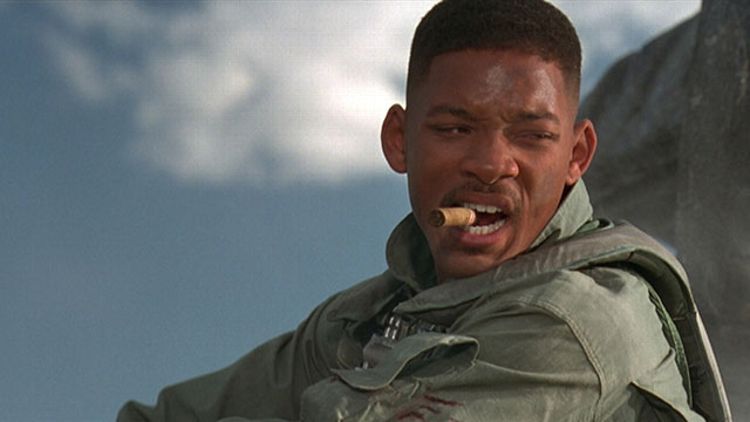 With an Independence Day sequel, there’s one way to feel if Will Smith is involved, and another way to feel if he isn’t. Whatever those feeling-balls look like for you, keep juggling ’em another minute, because director Roland Emmerich isn’t even close to done waffling on the subject. Deutschland’s version of Michael Bay says his ID4ever script, rewritten by James Vanderbilt (White House Down, The Amazing Spider-Man), now has two distinct versions in play — one Smithy, one Smithless. “When we remarked that this plan was pretty nutty, Emmerich just laughed,” The Playlist writes. “Somewhat optimistically, the director remarked that, ‘It’s looking good [for the version with Smith].'”

The project is currently scheduled for July 3, 2015; it’s also just one movie now versus being a two-parter. “I thought about spending four years of my life on one movie and I didn’t want to turn into something from the movie. It’s a movie about aliens, I don’t want to turn into an alien,” Emmerich says, which, I mean, yeah — no one wants to become an alien, especially not with Will Smith on set to see it happen. Bill Pullman and Jeff Goldblum have been poised to return, but someone better leak a story about multiple versions of the script being written with and without them so no one’s feelings get hurt. Same for Randy Quaid — and don’t even try telling me what happened to him at the end of the first one. I’ve seen the damn thing. They can write him back in. He needs this. (Although there haven’t been any reports of Quaid’s return. Tragically.)