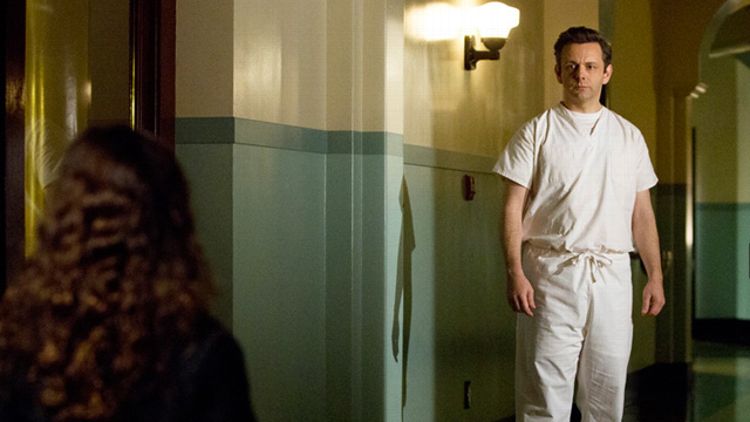 As I wrote last month, many of my reasons for liking Showtime’s Masters of Sex were for all of the things that it wasn’t. There were no antiheroes, no noble criminals. Blood was shed only in operating theaters. The deaths were little, and occurred in bedrooms. The stabbings were only metaphorical and, even then, entirely consensual.

To laud a series solely for what it lacks may seem like faint praise, but in 2013 it’s anything but. TV had been heading down a dark road for quite some time and the nearly self-parodic grittiness of Ray Donovan and Low Winter Sun — all unsmiling men who insisted they were good even as they did nothing but bad — was the unlit cul-de-sac, the death-obsessed dead end. By contrast, the bright Masters of Sex, with its beautiful people struggling only to understand their bodies and themselves, represented a way out. What was waiting at the end of the line? Who could say? But after a sour and savage decade, the possibility of a little enlightenment with some cuddling afterwards seemed like a chance well worth taking.

After five weeks, I’m happy to report that Masters of Sex is more than just foreplay. The petting got considerably heavier with last week’s strong “Thank You for Coming.” (Titles notwithstanding, the restraint the show demonstrates when it comes to easy puns could qualify as minor S&M. It’s a restraint that I, quite clearly, lack.) And last night’s quietly devastating “Catherine” pushed Masters to another level. Yes, there were still plenty of milkshake double-entendres and the hour kicked off with a  couple of fresh-faced bumpkins who thought sleeping together meant doing nothing more than pairing up to catch some Zs. But the episode, like the series itself, immediately began diving deeper and hitting harder. Anchored by a revelatory performance by Michael Sheen, who I now realize is committed to playing the whole of the iceberg, not just the chilly exterior, “Catherine” abandoned the sterile microscope in its investigation of those “mysterious creatures” Dr. Masters calls people. This was more than biology. It was dissection.

On one level the episode was as much about couples as it was about coupling. The solo portion of Masters and Johnson’s study has been exhausted. It turns out that while everyone masturbates differently, their fiddling all follows an identical pattern, like sprinters, marathoners, and power-walkers all completing the same course. The wild card awaiting in the expanded, couples portion of the study is initially presumed to be attraction. But after swapping Jane for a mystery brunette, the dependable Dr. Langham is suddenly struck with performance anxiety. (Or, as he put it, “Why won’t my dick work!?”) When it comes to pairings, what should work often doesn’t and what makes no sense can generate its own logic. Provost Scully and his wife are proof of the latter; whatever it is Masters thinks he has learned about his boss’s affairs has given him leverage but no insight. At their 30th wedding anniversary party, the Scullys are all stories and smiles. (After appearances from Margo Martindale, Beau Bridges, and now Allison Janney, is there a chance Masters of Sex can continue to function as a halfway house for gifted actors stuck doing time — and making bank — on network sitcoms?) Inconsistencies in a marriage, at least those viewed from the outside, are irrelevant. What matters is the level of inconsistency the two relevant parties are willing to accept. Masters would cringe at the thought of more than one version of the truth, but there are infinite variations of tolerance and tolerability.

For proof that seemingly idyllic couples are marked by unseen cracks, one needs look no further than the Masters themselves. Caitlin Fitzgerald has been outstanding as Libby from the very beginning of the series, gently articulating complicated, conflicting layers of love, sadness, resignation, and hope. She may be passive, but she’s far from a pushover. Her slow-motion miscarriage was one of the most crushing events I can remember watching on TV. The twin deaths of her unborn daughter and her lifelong dream were awful enough, but Libby’s utter solitude throughout was even more chilling. Virginia, we learn at Libby’s bedside, isn’t just blessed/cursed with the gift of speaking freely, she’s also the lone person capable of hearing people’s cries for help. (Kudos here to Caplan, who is freed from her trademark smirk and doing the best work of her life. It’s hard to make the simple act of listening attractive; it’s even harder to make it believable.) Masters of Sex spent weeks demonstrating Bill’s need for control. Now, finally, we were given a glimpse of the untidy pain and anguish that comes with being part of his grand experiment. At episode’s end, the doctor became the husband with as much tenderness as he could manage, telling his wife that it was time to “stop this” pursuit of children, as if you could clamp off desire as efficiently as a bleeding artery. As if incisions aren’t just a fancy way to cut.

About Dr. Masters himself: Initially I was bored by Michael Sheen’s technically perfect performance. Here was another man out of touch with his feelings and, by extension, our more enlightened times. But the show and the actor have surprised me. The arrival of the tremendous Ann Dowd as Bill’s equally regimented mother has put Masters’s rigidity in a new, more forgiving light. His need for control isn’t just a response to mistreatment by his father, a way for Bill to regiment a world that he came to know as violent, cruel, and chaotic. Control is a precious family heirloom. For years, Bill’s mother, Essie, made one reality for herself, and now with her mourning black safely in her closet, she has granted herself freedom from the past. This is intolerable for Bill, a man whose carefully constructed fortress has suddenly revealed itself to be a prison.

Michael Sheen is playing the role brilliantly in all directions: furious at what was done to him and even angrier about his mother’s ability to care for herself instead of her adult son. But he’s also paralyzed with terror — night terrors, in particular — of what it might mean for his future. (And this says nothing of the present, when the life he’s chosen crashed into the one he’s desperate to avoid and the stillborn baby he immaculately delivered was his own.) To let anyone see him cry would be to open a window into a room he has spent years boarding up. I was deeply moved by the final scene, Sheen howling in pain as hot tears escaped from his eyes, while Lizzy Caplan stood silently, the blind witness. I was wrong when I worried that the two leads — her with her wide-open warmth, him with his bundled-up freeze — lacked chemistry. What they have is inevitability.

The changing nature of the Masters-Johnson relationship is just part of the wealth of reality Masters of Sex has at its disposal — with a second season ordered, it’ll be interesting to see if we stay in the ’50s or fast-forward to one of the more go-go decades still to come. And showrunner Michelle Ashford has done well filling in the margins of history with a rush of imagination and emotion. The golden boy romancing the boss’s daughter, for example, would be a throwaway story without the nuanced characters being teased out behind Nicholas D’Agosto and Rose McIver’s pretty faces.

On the surface, Masters of Sex isn’t revolutionary. It’s a medical show and a period piece. To see by-the-book doctors forced to confront the messy reality lurking behind their surgical scrubs, one needs only to tune in to ABC on Thursday nights. And yet, as the season progresses, what I’m struck by more and more is the fact that Masters, a sexy story set in a staid era, is slowly revealing itself to be a deeply feminist show. I don’t necessarily mean in the sense of its politics, though that’s all there too. I mean in the way female voices and points of view are privileged in a manner that’s all too rare in mainstream entertainment of any sort. We spend a great deal of time in the private conversations of women — Libby, Margaret, and Vivian at the party; Libby and Virginia in the hospital — without any apparent need to balance these scenes out with a normalizing “male” perspective. (This is something touched on briefly in my podcast with Lizzy Caplan last month.) The struggles of working women, mothers, and housewives are given equal prominence. Female characters, so often reduced to stereotypes or singularities, are free here to be sexual partners, confidantes, friends, manipulators, and, at times, all four. Masters of Sex is a show about friction set in a seemingly smooth world, and it’s only the women — high-status and low, rich and poor — who are able to maintain some sense of balance. Or maybe it’s the opposite: They don’t want “balance” at all anymore; they know it’s a failed construct. That it’s better to be unmoored, splashed about by cultural tides, because at least that way one can splash back.

A good part of this altered perspective is likely due to the large number of women behind the scenes. As a female showrunner, Ashford is unfortunately a rarity in the TV business, but she has filled out her staff with a healthy number of female writers and directors, including Party of Five creator Amy Lippman and veteran Mad Men helmers Jennifer Getzinger and Lesli Linka Glatter. But I’d like to think it’s also related to the show’s subject matter, its unfussy dedication to splitting from the past and trying something new. We’ve had our fill of macho bluster, and thinky meditations on the cycle of violence that feel more and more like circling the drain. After years of breaking bad, I’m eager to watch these flawed people try to fix others and, ultimately, themselves. Isn’t it high time Sunday-night TV tried some untold stories, attempted some fresh positions? As Masters and Johnson themselves learned, there are infinite ways to achieve pleasure.