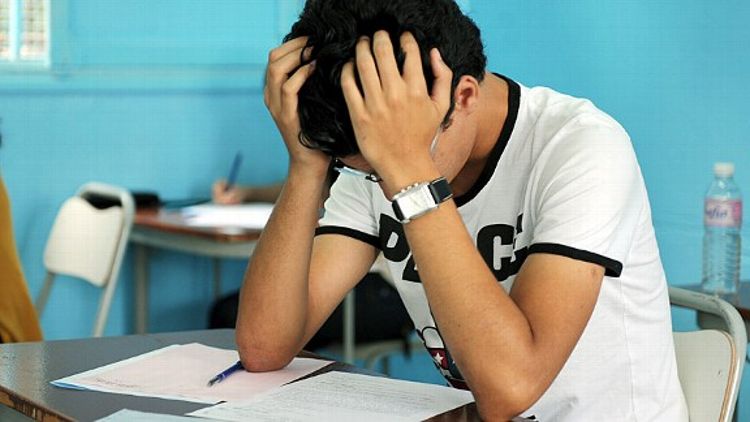 The legendary CBS broadcaster Walter Cronkite once said, “Every morning paper brings you one day closer to death.” The man had a dark side, you know.

Correction: He may not have said those exact words in that particular order. But over his 92 years, Cronkite read a dangerous amount of news and now he’s dead. Got a better explanation? The editors of Grantland don’t want to see that happen to you. Honestly, they can’t afford it. Every minute you spend scrutinizing Paul Krugman’s blueprint to save the European Union from monetary collapse, you’re not on Grantland, reading a crucial synopsis of Larry Bird’s 25-year-old ad for a local steakhouse. It’s about priorities. Consequently, this quiz. Here is a safe dosage of the news that would otherwise poison you, drip by drip. Things you should know. Like, who will be the Republican nominee for president? Who cares?

Last week, Gallup found that, before a single primary has been held, many Americans “can’t wait for the presidential campaign to be over.” Which is a perfectly patriotic feeling. As Thomas Jefferson said, “The tree of liberty must be refreshed from time to time with the blood of Chuck Todd and Jake Tapper.”

Which brings us to the first question in this week’s quiz: What percentage of Americans have already said “when” on the whole, like, election thing?

A. 30 percent
B. 50 percent
C. 70 percent
D. Wait, do you mean to tell me we have universal suffrage? Because last time I showed up to vote at the Ronnie Van Zant Junior High School in Birmingham, Ala., the election volunteers at the cafeteria table asked me to translate the Magna Carta from Latin into biblical Aramaic, and then to pay a $500 poll tax.

The voters haven’t spoken, but we can hear them loud and clear: Republicans need a new candidate! Should the nomination devolve into a brokered convention, I’d like to propose a consensus candidate: Kim Jong-un. I hear the haters already: Doesn’t the Constitution demand that presidents be born in the United States? Hey, tell it to Barack Hussein Obama.

Of course, Kim Jong-un already has a job. The runt state of North Korea lost a Dear Leader this week. But it gained an unqualified twentysomething with a Swiss boarding-school education.

Americans mourned the loss by tweeting links to “I’m So Ronery,” which will be hilarious right up until Taepodong-2 missiles flatten Anchorage. Although that actually sounds kind of funny in the abstract. To someone who’s a terrible person. I mean, I see nothing remotely funny in the nuclear annihilation of almost 300,000 Anchoragians (Anchoragers? Anchors? Bonus question 1a: What’s the demonym of the Municipality of Anchorage?). I’m sick just thinking about it. Taepodong! Not funny.

Anyway, official mourning will take place from December 17 through December 29 — call it the Korean Hanukkah.

After a funerary feast of dirt-and-twig latkes has been fed to the hungry groundlings, what official events does the Korean Central News Agency promise for the state funeral on December 28?

A. Mourning guns will be boomed in Pyongyang and in provincial seats timed to coincide with the national memorial service in Pyongyang and all the people will observe three minutes’ silence and all locomotives and vessels will blow sirens all at once.
B. A million widows will bow to the fallen revolutionary hero, whose genius and promulgation of “Juche” has created a socialist paradise of wealth, peace, and joy.
C. The Pyongyang Workers Culture Committee will liquidate the Dear Leader’s 20,000-volume video library at the Blockbuster outlet in Muncie, Indiana. (Caveat emptor: Betamax only.)

According to state history, Kim Jong-il was born in the contrail of a double rainbow, atop Mount Paektu. The date was February 16, 1942.

Or, for the quiz’s third question, what year in North Korea’s totally bogus calendar?

The event was marked by a blazing star and the visitation of three magi: Frank Sinatra, Sammy Davis Jr., and communist superspy Alger Hiss, who brought the boy-god a nook coated in cosmic angel fluff and weapons-grade plutonium. But the circumstances of the junior Jong-un’s birth have been shrouded in mystery. That is, until this week, when the Korean Central News Agency released an official biography of his mother, Ko Yong-hi:

“As soon as Ko Yong-hi reached maturity she became a harlot. Never was any woman so completely abandoned to pleasure. Many a time she would attend a banquet with ten young men or more, all with a passion for fornication and at the peak of their powers, and would lie with all her companions the whole night long; and when she had reduced them all to exhaustion she would go to their attendants — sometimes as many as thirty of them — and copulate with each in turn; and even then she could not satisfy her lust. And although she made use of three apertures in her body, she was wont to complain that Nature had not provided her with larger openings in her nipples, so that she might have contrived another form of intercourse there. Often in the theatre, too, in full view of all the people … she would spread herself out and lie on her back on the ground. And certain slaves whose special task it was would sprinkle grains of barley over her private parts; and geese trained for the purpose would pick them off one by one with their beaks and swallow them.”

Oh, wait a sec. That wasn’t Ko Yong-hi. I mixed up the books on the night table. That sex-positive quote came from the sixth-century Byzantine historian Procopius of Caesarea.

For the fourth question of this week’s quiz, then: What vivacious political wife is actually the star of the passage above?

(Hint: It’s not Alicia Florrick. Hint no. 2, and this practically gives away the answer: The father of this most forthcoming of women made his trade as a bear-keeper.)

While we’re on the subject of nymphomania — and, by the way, those words are an attention-grabber for just about any conversation — British director Steve McQueen has finally given America the sex-addiction movie that we’ve been waiting for. I speak here of Alvin and the Chipmunks: Chipwrecked, starring Michael Fassbender, Carey Mulligan, Haloti Ngata, Liddy Huntsman, and Pola Negri.

Bagdasarian grew up in Fresno’s vibrant community of Armenians — émigrés from a hilly, central European nation called Albania. Many people have labeled the Armenians “America’s Real Jews”: that is, a reviled ethnic group with an outsized cultural heritage.

Bagdasarian, for instance, was a cousin to which famous Armenian-American:

And now that we’re all warmed up, let’s get to the quizzy part of the quiz: Which of the following would feed an underpaid bookkeeper at the end of December: the first member of the 900 club; Mrs. Mamet; the greatest mustache in the Bronx; Tom Hanson on a Tortugan vacation; or Tom Robinson’s counselor?

Was that gibberish? Please let me explain — or at least shift the blame. I’ve shamelessly stolen this type of riddle from the BBC Radio 4 show Round Britain Quiz. (I’ll give it back when the British Museum returns the Elgin Marbles to Greece.)

So here’s how to solve it: Look for a solution to each individual phrase in the puzzle, and then extrapolate the broader meaning. For instance, let’s say I asked the following: A mid-Southern political dynasty, a tunefully gloating champion, and Austria’s best 20th-century fiddler lean to the right. An obnoxious canine favors the left. What steers them there?

Here’s the solution: The Memphis political dynasty is the Fords; the gloater is Queen’s Freddie Mercury (“We Are the Champions”). Austria’s best fiddler could be Fritz Kreisler (read: Chrysler). The nasty hound is Triumph the Comic Insult Dog.

So we have three American car marques — a Ford, a Mercury, and a Chrysler/Kreisler — with the steering wheel on the left. And we have a British one, a Triumph, on the right. And that, as the late Regis Philbin used to say, is your final answer.

Need help with the solution? I’ll post far-flung guesses, hints, and non-bodily threats on the Twitticker @teamtortorello and post the answer January 5.

Michael Tortorello writes for the New York Times about gardening. Follow this quiz on Twitter at @teamtortorello.

Can We Please Just See the Alien Prequel Right Now?