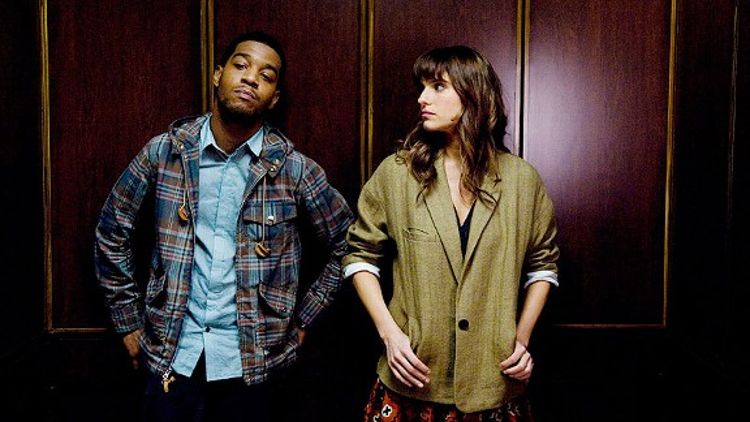 On Tuesday, HBO dropped the axe, simultaneously cancelling Bored to Death, Hung, and Grantland’s own beloved How To Make It In America. Earlier today, we got How To creator and showrunner Ian Edelman on the phone for a quick reaction to the harsh news.

When did you hear that the show was being cut?
Tuesday morning. You know, I had a sense that things at HBO were tricky because they had a lot of shows in development, and it was more competitive than ever. And HBO was great and supportive and everything, but they can’t do them all. And so this wasn’t our year. It was tough to hear the news officially.

Did you reach out and commiserate with the folks behind the other shows HBO canceled?
I didn’t. I know Jonathan Ames a little, and I read in Page Six that he like invited all the fans to drink at a bar, which I thought was cool. [Pause] I did not do that. But on Twitter and everything, so many people have shown me so much love, and there’s a petition to bring it back, and I think it’s a testament to this show. It has a young, passionate fanbase that might not even be like the HBO audience. And I love them, and they’re funny and hilarious, and it’s been great to be able to have this dialogue.

What aspect of the show does it seem like the fans are most connecting with?
The show was about the high-low culture of New York City. You’d be following Rachel’s story line [at a baking magazine], and then you cut to Rene’s and he was shaking someone down that owes him money. There was something for everybody, and maybe that was the problem with finding an audience. You know, it was a little bit gangster, a little bit fashion, a little bit coming of age. I’m really proud of that. I don’t know any other show, especially in a half-hour, that does it. The Wire was genius: they did the city of Baltimore in a way that I’m still coming to understand. And we didn’t do that for New York. But we tried to stick our feet into a big chunk of it.

Were you ever worried it was too New York specific?
Ultimately it wasn’t a concern. It was a voyeuristic thing, if you weren’t from New York. You know, ‘I might not know the difference between the Jane and the Boom Boom Room, but I’m into it.’ And on Twitter, people seem to be saying, you know, How to Make It is my life right now. There’s a lot of love for that time your life, that late twenties where you’re grinding it out. And New York is a perfect backdrop for that.

How did you see this show’s connection to Entourage?
They connected because there were shared producers. The people that brought you Entourage brought you this show. And Entourage was groundbreaking in that it was a show about young male friendships that had the authenticity. I can’t tell you a TV show before that showed that. On How To Make It you also have young dudes and their friendships, with Ben and Cam at the core of it. But I think the differences outweighed the similarities.

What was the relationship like with HBO during the making? Did they have any specific notes?
They always had notes, but their notes would for the most part be really good and really smart. A lot of showrunners grind it out in network television and then they come to HBO and realize what a special place it is. They support you creatively. They give you the resources to make it. Despite the fact that the show was on the streets, and it was grimy, it was not a cheap show to make. When you shoot a 15 second scene at Lavo, you have to pay retail for that location.

Can you talk at all about what would have happened in a third season?
You know what, man, I don’t even really want to get into that.

How about Kid Cudi? Think he has a long, fruitful acting career ahead of him?
I do, man. I thought he lit it up. When he was cast, he wasn’t a famous rapper. He had a mixtape out, and I saw him on YouTube and I thought, this is a great example of how this character moves in the city. And then I bumped him into the club, and he came in and read, and he got better and better.

What about Pusha-T?
I knew him from his music, but I saw that he was coming in with no real prior acting experience and did a phenomenal job. He brought an awareness to the show [for rap fans]. And his character, you realize he’s an aspiring rapper, and that everyone’s on their grind. And we were always looking to cast that double threat, the music and the acting.

How did you decide on “Chinese New Year” for him to rap for Rene?
He picked it all.

Good choice. Do you have one particular thing about the show that you’ll miss?
Oh man, all of it, but definitely being on location on the shoots of New York City, is gonna be a tough one to say goodbye to it. And the writer’s room was great. We we wrote it for twenty weeks in LA, and since we had a long hiatus between season one and season two — which hurt us if I’m being totally honest — we had the luxury of having it all written, and then heading to new York.

Is there any chance we’ll get Rasta Monsta energy drinks or Crisp hoodies in real life?
There had been talks of spinning that stuff. I think it’s sort of a wrap for all of that for now.

Do you see a second life for the show in any capacity?
It’s just, the dust hasn’t even settled. I don’t think it’s out of the question although h I don’t see it being… you know, to be honest, I don’t know. I don’t want to commit one way or the other. That’s a question for HBO, and a question for the fans, if there’s an appetite, to keep going.

What’s next?
I’m back on my grind. It’s like, we could have done this show about the making of the show — about the managing of it and the hustling. As Ben and Cam squeak by, and live and die, so were we making the show. And now for me it’s back to work.

Filed Under: HBO, How to Make It In America, The Grantland Q+A