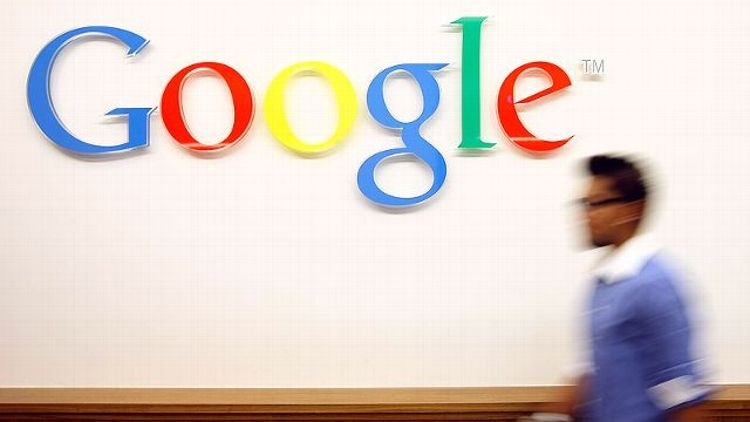 One of the most misleading parts of our existence is the commonly accepted idea that we live in the Information Age. We allegedly have information that we can trust at our fingertips, powered by the world’s most used and usable search engine, Google. No longer do we have to “waste time” traveling to public libraries, haranguing county records clerks, or interpreting outdated and inefficient cataloging systems. Instead, generally skimming the top five results of a Google search can make you feel like an expert in any field, with enough information to make an informed decision about your life. In Google we trust — to diagnose our medical symptoms, protect us from purchasing an overpriced product, and frame our version of reality based on the current location of our IP address.

I Google, therefore I am informed.

Our perception of the world is actually governed by Google’s latest search algorithm, Hummingbird, which we were told had launched about a month before the company’s 15th-anniversary celebration in September. Hummingbird allows Google to evolve into the era of voice-activated, conversational-style searches, in which the search query itself offers contextual clues about the intent of the search. In the post-Siri world, search queries no longer have to play by the rigid keyword-based rules of a search engine. Now, a search engine can be an active participant in a conversation.

Most people primarily identify Google as a search engine, but the recent National Security Agency leak by Edward Snowden has forced consumers to try to better understand the Google-able world in which they’re immersed. What exactly does Google even do? How does its stock price continue to climb to record highs? Are we really safe entering the questions of our lives into a server that the government is allegedly accessing directly?

The strength of Google’s search algorithm is where the value of all its business is contrived. An Internet search is actually the ultimate consumer trust exercise. Forget the hardware, Android mobile operation system, enterprise products, and other tentacles of Google’s “everything” service. Google has deconstructed our world into keywords and, based on its system, assigned contextual relevance to content. It is able to sell advertising to businesses that want to buy authority by gaining premium placement for a world of consumers who know they can trust Google’s relevant content rankings.

In the wake of Snowden’s disclosure of the NSA domestic spying program PRISM, consumers feel more paranoid than ever about their own data. Snowden proposed that PRISM created an environment that allowed the NSA to access our search history, emails, and conversations across all major Internet service providers. In the past year, Google’s business mission has placed heightened emphasis on managing the balance between user experience and built-in mechanisms of privacy. When it comes to satisfying the modern Internet user, transparency and privacy have become part of the branding goals of companies with massive user bases.

If Google is 15 years old, think about the age of our online existences. We rarely actually weigh the consequences of leaving a search-history trail stored in our Google account. Sure, we value an improved user experience based on recommendations and auto-completing suggested searches, but should we have concerns about participating in the most effectively monetized organized information project in human history? The threat is that our searches, emails, and other strands of online behavior can frame a narrative about us that isn’t connected to an offline reality. It may be exposed to compromise our private lives as citizens or consumers.

In September, Google began to encrypt all searches, except for those generated by AdWords clicks. The real losers in this arrangement are webmasters, who can no longer track the keywords that led users to their sites. Some speculate that Google is attempting to battle the impression that it gives the NSA direct access to its search data. However, it may just be an opportune time to force more businesses into using AdWords campaigns to purchase control of certain keywords. To add to the perception of transparency, Facebook, Google, and Microsoft have all released the number of government-related data requests they’ve received in the past year.

When Google first launched 15 years ago, the company had justified global, perhaps even cosmic ambition. It did not identify a limited target market, instead opting to take on the impossible project of making a universal experience for everyone in the world. Its competitors are no longer other search competitors like Yahoo or Bing, hardware producers like Apple or Samsung, or even the popular social networks in various international regions. It isn’t just squashing previously accepted listing and reviews services. It is disruptive on all levels, even becoming competitors with governments and informational gatekeepers.

Every technology company exists to change the human experience, but getting in everyone’s business is a consequence of doing so. Technology’s impact is eventually regulated by the same forces that govern human life. These are the consequences of taking on the world.

Right now, Google’s most toxic “backlash generating” activity is the extended rollout of its social arm, Google+. But that reaction is actually just indicative of consumer confusion about the long-term role of the social web. Businesses must use Google+ for SEO purposes and YouTube commenters must use it to remove anonymity from discussion. But no one really understands why. The largest misconception is that Google+ is an attempt to “compete” against social networks. Google+ pages are actually just a method of adding the appropriate social layer to businesses, authority figures, and the common Internet user. Google isn’t one of those sites that is just trying to generate page views or forced engagement without improving the purpose and quality of content. It’s a blanket operation — it wants to cover everything. 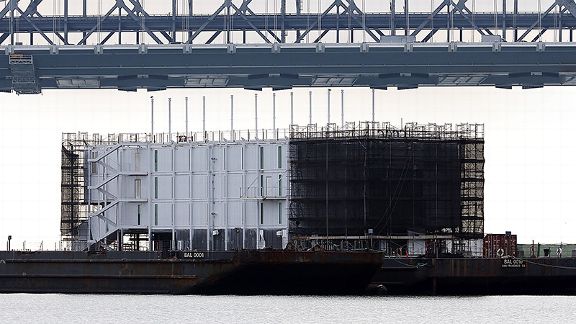 There are moments when Google the company’s marketing projects distract us from seeing Google the quintessential informational tool. For example, a mysterious Google barge floats in San Francisco Bay, leading to speculation of its purpose as the ultimate portable product showroom. Apple-like ads promote the ability of Google’s tablet, the Nexus, to “humanize” the search process for a boy with a speech impediment or a college student returning home to his sick dog. Google Glass, driverless cars, and the proliferation of Android on affordable smartphones are all great projects that frame Google on the bleeding edge of innovation with the aim of improving human life’s engagement with technology. However, the greatest challenge for Google is keeping us feeling “human” without compromising our privacy.

Snowden didn’t just disrupt the government, he disrupted the business practices of Internet companies with actively engaged users. Many modern leakers, like Snowden, Bradley Manning, and Aaron Swartz, don’t act “against” the government, but instead act in the name of informing the public — in the spirit of creating a genuinely informed public, instead of just people who trust the government, the media, and any other agency willing to participate in a false flag operation. The genesis of Google was probably rooted with the similar intent of liberating information to all corners of the world and all consumer classes. Instead of taking on a social mission rooted in conspiracy or the encrypted dark web, Google chose to play within the legal, taxable rules of the government.