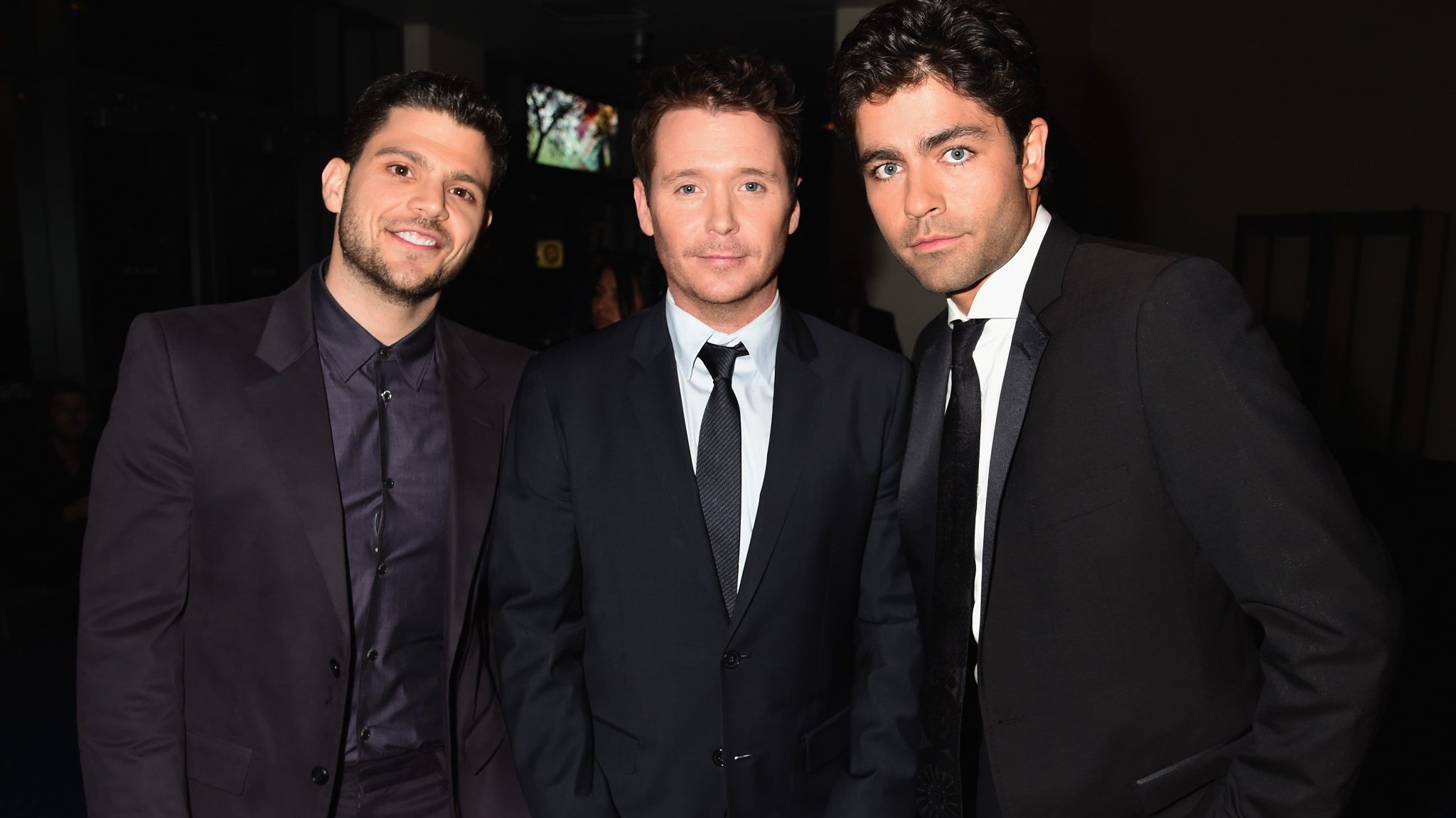 Oscar aficionados — is it too bold to use the word “snobs” instead, here in the first sentence? — may scoff at the People’s Choice Awards, if they think about them at all as they polish their monocles, take a deep whiff of brandy from their Waterford snifters, and consider the next humiliation to visit upon their absent-minded butlers, who were under explicit instructions to keep those monocles smudge-free for brandy-sniffing time, what do we pay you for? But the PCAs get it right: Unlike every other awards-season offering, they are not determined by corrupt foreign committees, nor exclusionary and out-of-touch professional guilds, nor pointy-headed critics digging deep to reward material often available only to coastal elites. They are the untainted will of the public itself, the roaring sound of approval of a satisfied audience drowning out the muffled golf claps of the art-house set. They are on CBS, the People’s Network, right where they belong. They hand out Favorites, not Bests or Outstandings; classy-enough crystal centerpieces for the family dining room table, not little gold men judging you from the mantel. They are uniters, not dividers; have you ever had a heated argument about a PCA snub the next morning? No, you have not. The People’s Choice Awards end your evening with a warm hug and a friendly slap on the back, not a petty debate about campaign shenanigans, about the piddling inaccuracies of a biopic that values a good story over a faithful recounting of history. They are Adam Sandler and Robert Downey Jr. and The Big Bang Theory and Iggy Azalea and Hunter Hayes and Captain America and Betty White, God bless her immortal soul. They are perfect in their own way.

And they were never more perfect, more generous in their attention, than they were on Wednesday night in their enthusiastic embrace of the greatest stars — nay, the Favorite stars, see how easy it is to fall back into the toxic pattern of unnecessary value judgments? — of a generation.

We are, of course, talking about the Entourage boys. Well, not all of the Entourage boys, because not all of them showed up at the Nokia Theater to participate in their celebration, they are very busy running their British department stores and inventorying their Emmys and whatnot. But a more-than-decent representation of the group were there in the flesh, ready to bask in the love of the People. And while they did not technically receive any awards last night, because their universally beloved show has been off the air for almost half a decade and Entourage: The Entourage Movie won’t be eligible to collect its hardware until next year, their many, many appearances on the show were nearly recognition enough. Nearly. Let’s run through them all, right now, before the memories fade, and bestow our own crystal teardrops upon our heroes, one for each time we squealed with unselfconscious glee when Vinny, E, and Turtle graced our television screen.

Favorite Vinny Chase Attempt to Not Overwhelm an Ellen-and-Portia Reaction Shot With His 10,000-Megawatt Super-Smile 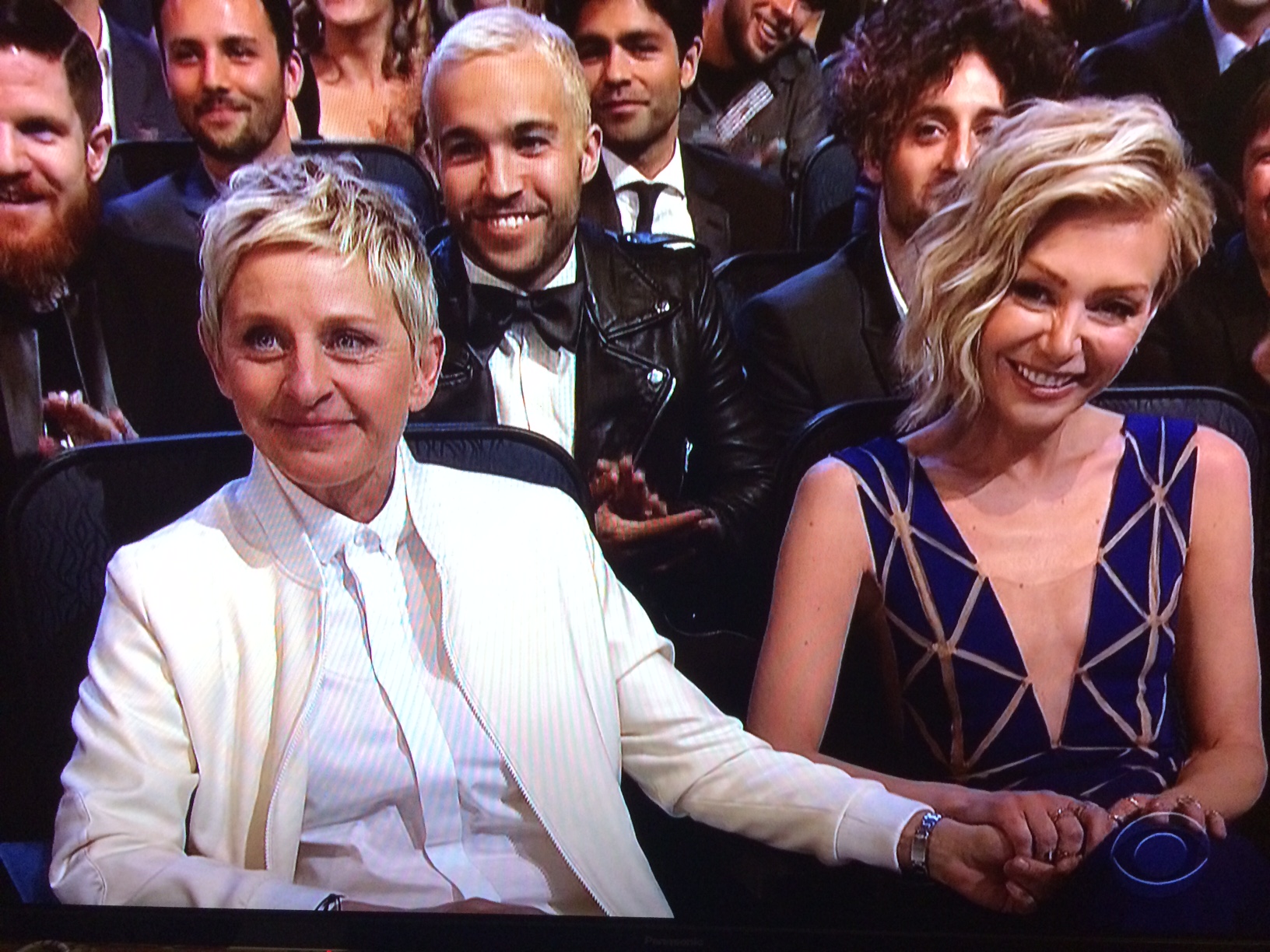 As we all know by now, Entourage boys share. And sometimes that means ceding the spotlight and pursing one’s lips into a tight smirk to barely hold back the trademark smile that might pull the focus from some other performer’s special moment. There would be plenty of time to flash the teeth and light up the world, but this was not it, no matter how mildly amusing he found the monologue quips of hosts Anna Faris and Allison Janney. This was Ellen and Portia’s moment to shine, however briefly; Ellen’s stylist didn’t pick out that exquisite white suit just to have Vinny annihilate it with his enamel-powered lighthouse beam from two rows back. He recognized that. He is grace personified. 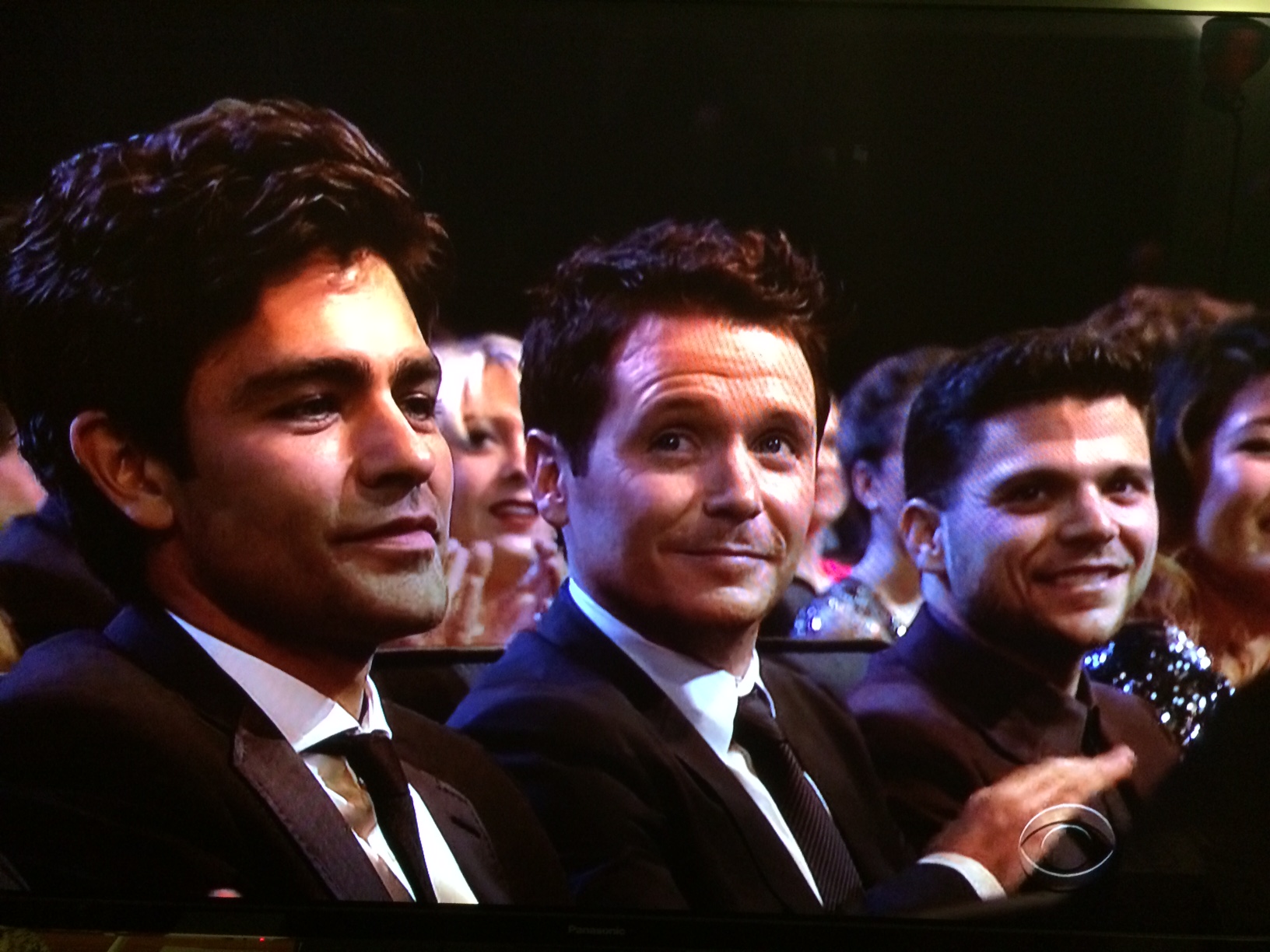 While Vinny continues his considerate stoicism in the face of international reaction-shot recognition, E looks proud to have been adjacent to such a magnanimous display of humility. E has steered Vinny right his entire career. He’s earned his share of this wonderful moment.

Turtle fucking smiles, because Turtle is in it for himself sometimes. He’ll eventually realize his selfishness and apologize, and maybe atone by detailing the Range Rover, but we can’t just ignore this unfortunate blight on an otherwise heartwarming triptych. Fucking Turtle, man. 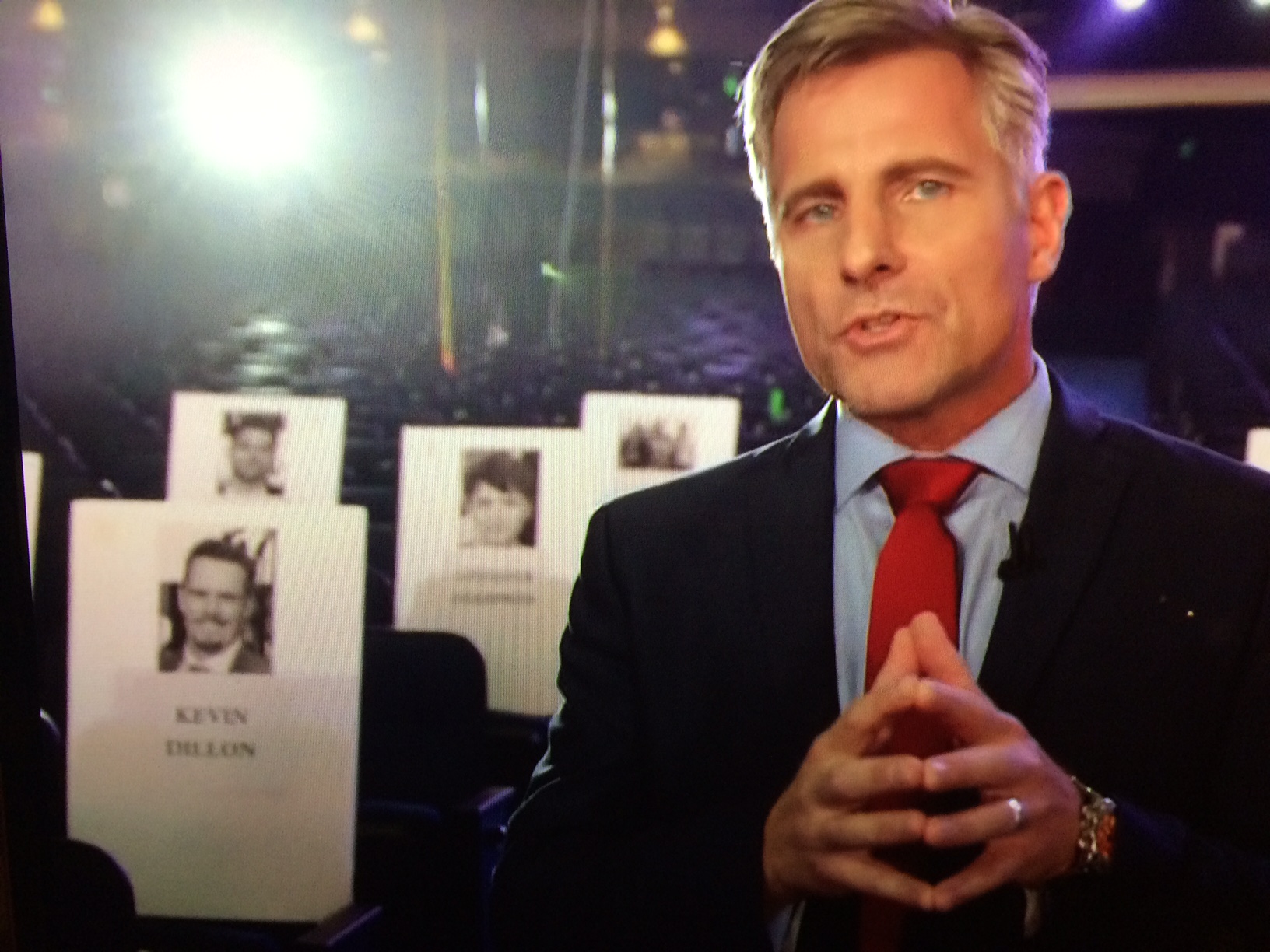 For reasons unknowable to us, Drama did not attend the ceremony. It seems, however, that there was a point in time when he was planning on sitting in that audience beside his brothers, as this seating card during an in-show commercial for King’s Hawaiian Bread — smuggle in some snacks, bro, gotta keep that blood sugar up! — reveals. We hope that Drama is OK. He’d never leave his friends hanging like that. There must be an excellent reason for the last-minute no-show. It’s the only thing we can allow ourselves to believe. 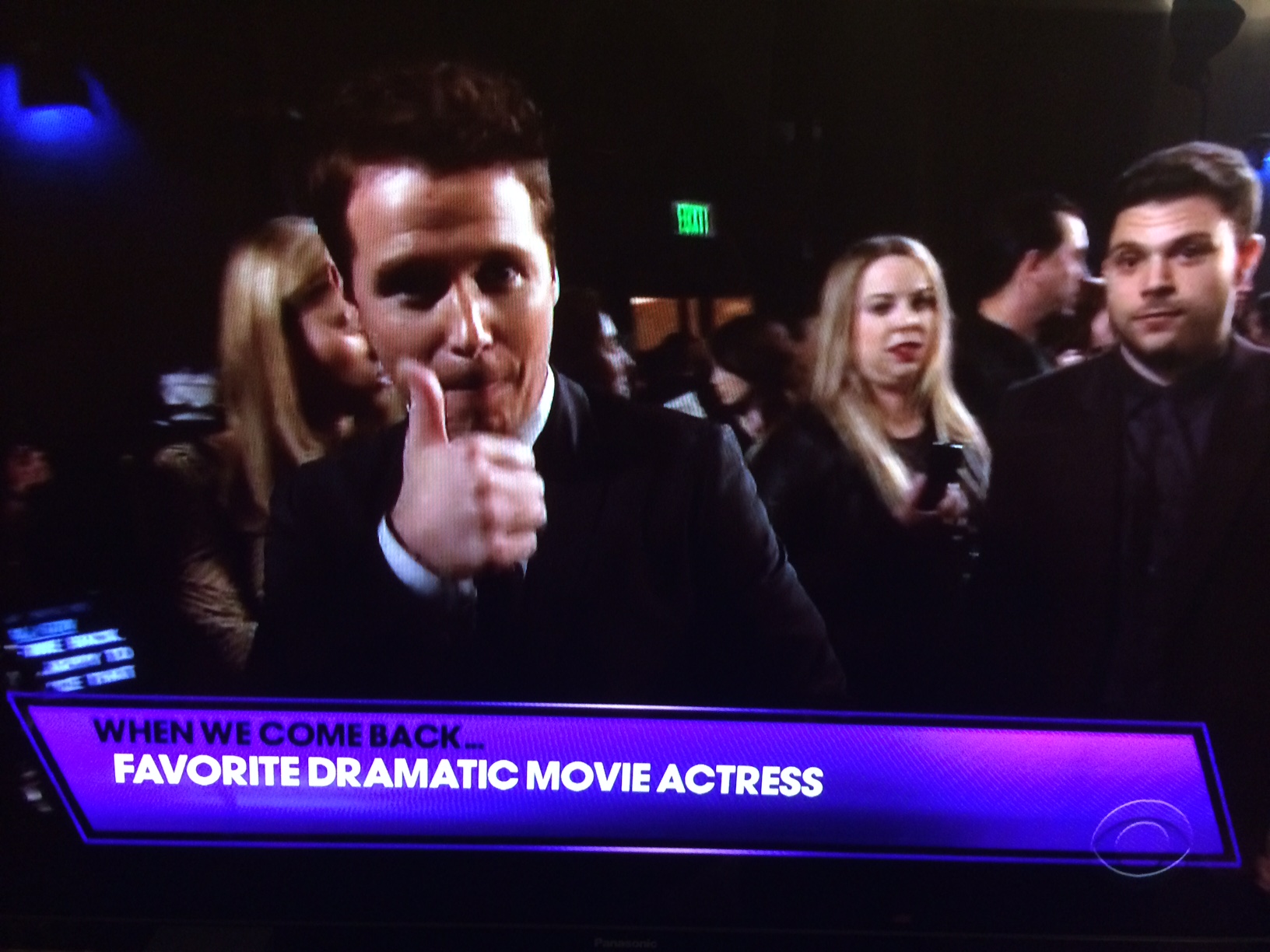 E’s got this! Don’t worry about it. That’s the same thumb that got Vince into Aquaman; without it, he may have passed on the movie that shattered box office records and changed the course of his career.

Favorite Goddammit, Turtle, Will You Stop Mugging for Just One Hot Second and Let Somebody Else Have Some Time With the Camera? 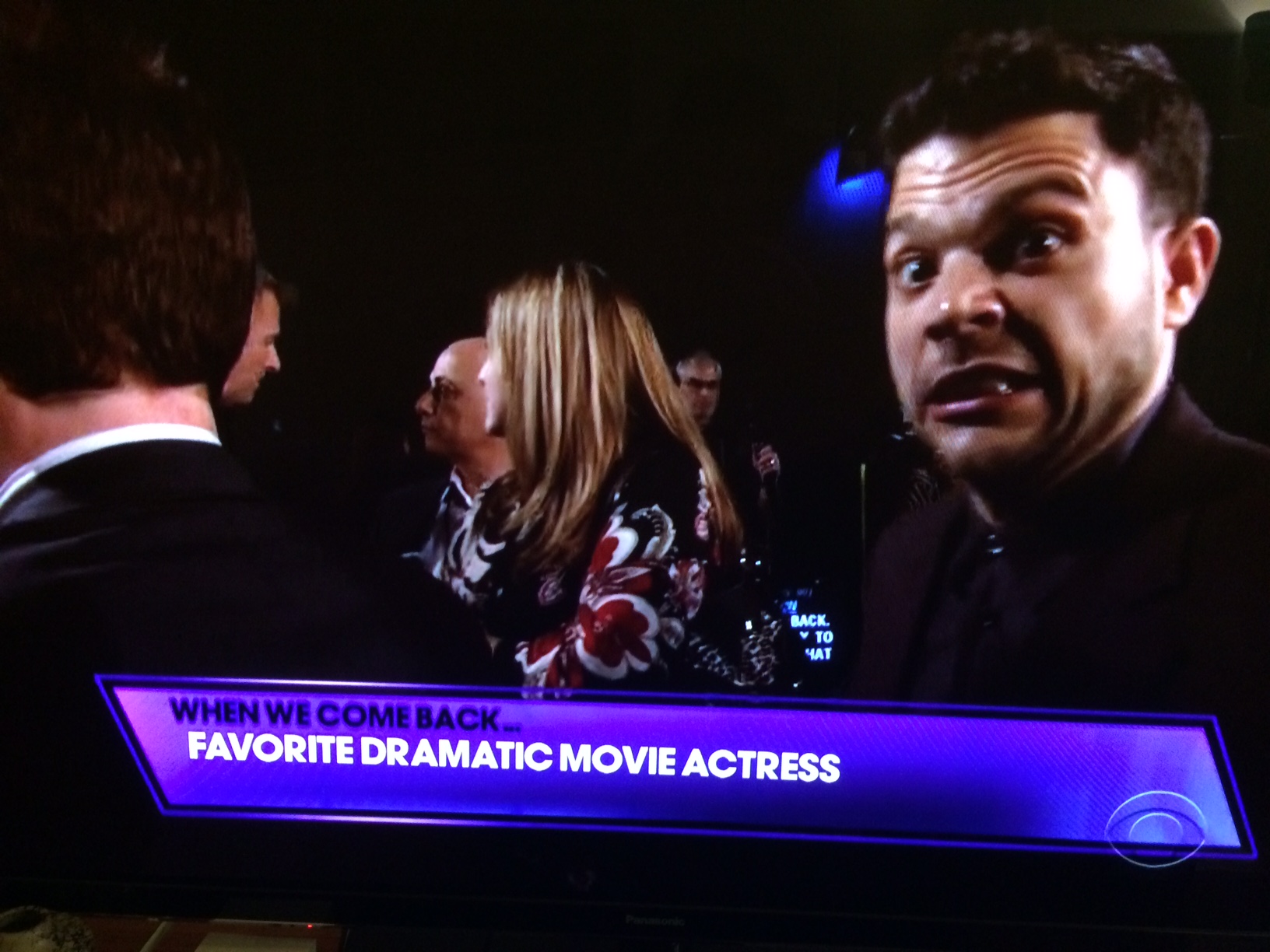 He’s been totally impossible to live with ever since he dropped all that weight to launch his amateur MMA career. It’s like he’s forgotten the essential Turtleness that’s made him the most valuable fourth-banana in history. Vinny and E really need to sit him down and have a talk. This is getting out of hand. Total Dom move, and we know what happens to Doms. 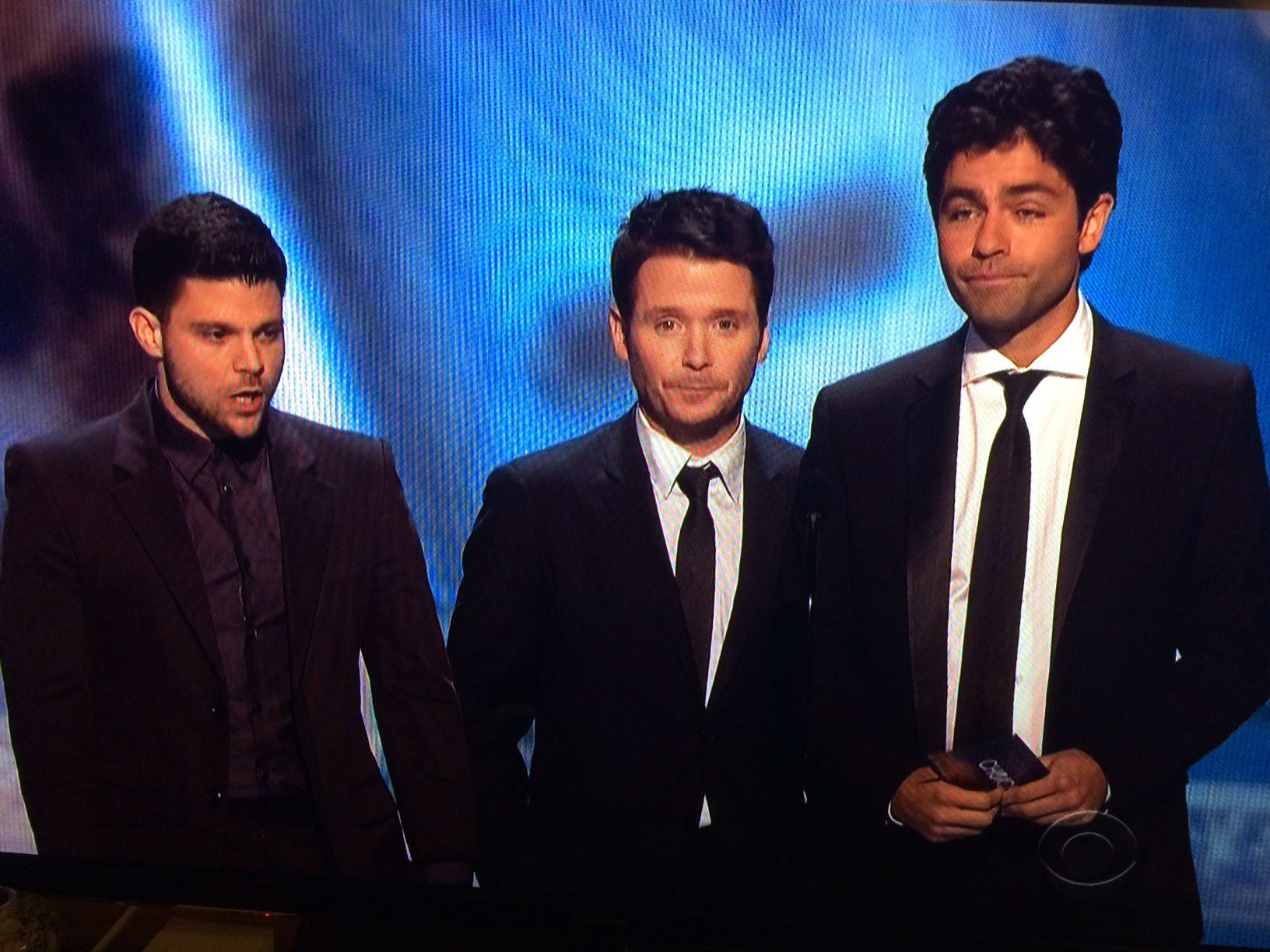 Vince: “A little over 10 years ago, a show about fame, fortune, and friendship first aired on HBO.”

Turtle: “That show was The Sopranos.”

Turtle: “It was Sex and the City.”

E: “It wasn’t Sex and the City, Turtle. It was our show. Entourage.”

Vince: “And now we’re so happy to say that after 10 years we’re about to release the Entourage movie, and we can’t wait for you to see it.”

Now that was some vintage Turtling. There’s still magic under that shell, even if the wisecracking sidekick underneath has a little less meat on its bones. We knew he’d eventually pull it together. He always does. 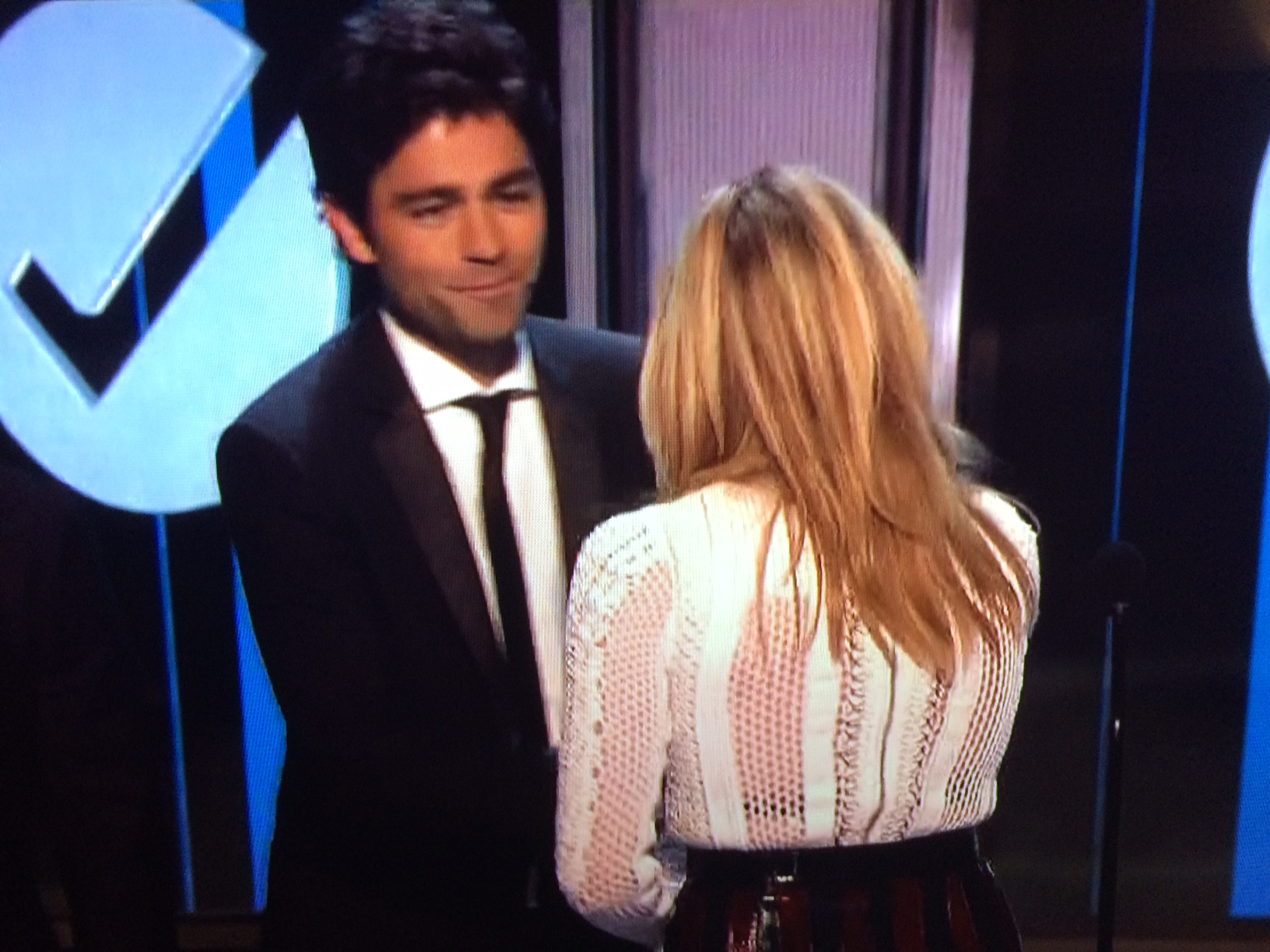 “Were you even born when my show was on?”

“Oh, I totally was, Vance! I love How to Make It in America! Coolest jeans ever.”

Favorite Post-Awards Photo Op With Up-and-Coming Former Child Actress Chloë Grace Moretz, Who Seemed to Not Know She Was in the Presence of Hollywood Royalty 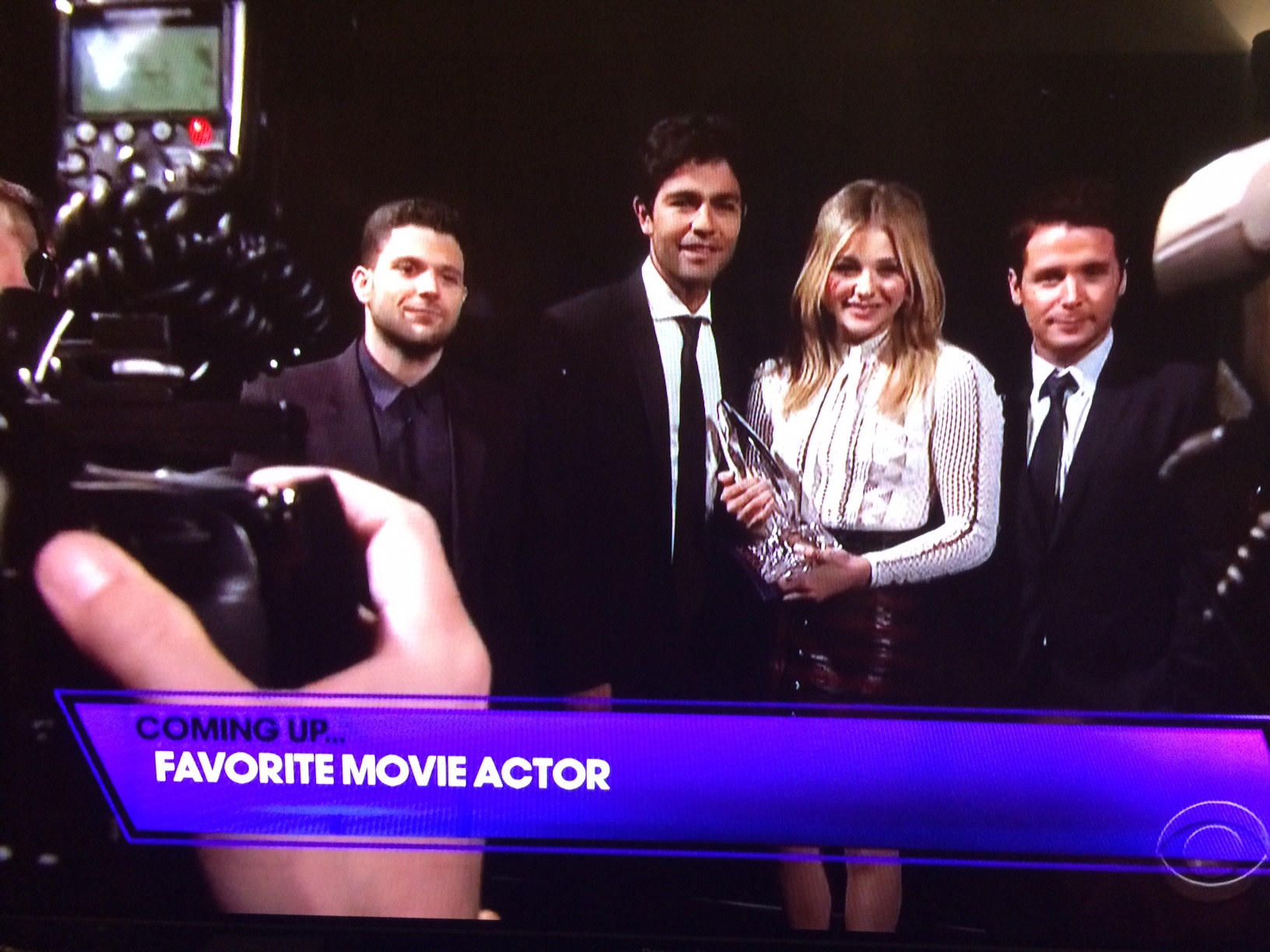 “I wasn’t on How to Make It in America, though.”

“Are we still talking about this?”

“I just wanted to clear that up. That show was really just a rip-off of ours.”

“Did you win one of these tonight?”

“Next year. Plus an Oscar.”

“Great, let’s talk then. Your Turtle friend already has my fake number.”

“Entourage. My show was Entourage.”

[Looking down at cellphone.] “Amazing.”