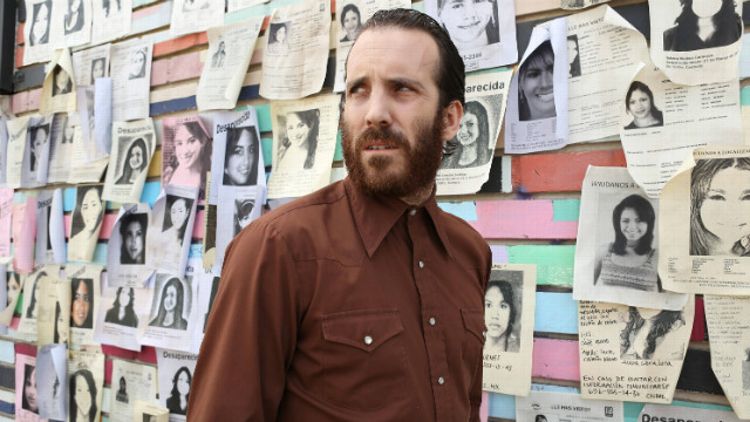 Just seven days ago in this space I was bemoaning The Bridge’s strange, potentially fatal choice of exit ramp. A show that had gotten so much right in the beginning suddenly couldn’t stop going wrong. Brilliant mastermind David Tate had hijacked Marco Ruiz’s life and, with it, the show itself, dimming what had been a haunting, nuanced world with the black-and-white, all-knowing mumbo jumbo of a dastardly genius. I mourned not only for Gustavo Ruiz, drowned in a plastic barrel of revenge-tainted nonsense, but for the show itself. The Bridge seemed headed to an ignominious, one-season-and-done end.

What a difference a week makes.

On Tuesday, FX renewed The Bridge. And last night my preferred show, The Weird Bridge, came roaring back. “All About Eva” was the most richly rewarding episode since the pilot — and that was mainly because it essentially was a second pilot, or at least a sneak peek of the second-season premiere. I’ve criticized showrunners Meredith Stiehm and Elwood Reid for their devotion to the more outré elements of Broen, the Danish original from which The Bridge is adapted. But now it’s time to give them credit for some wholly original thinking. The American cable model, once seen as so revolutionary, has calcified into cliché: pilot, slow slog of exposition in Episodes 2-4, misdirect around Episode 7, big action in the penultimate hour, somber closure in the finale. So I don’t think I’ve ever seen producers with huevos big enough to straight-up finish their A-story with time left on the clock. Had things not worked out, these last two weeks of post-Tate prologue would have seemed at worst presumptuous and at best wishful thinking. Most shows, especially new shows, devote their energies to telling one story and telling it well. On TV, the future is never promised. So why spend time investing in it?

The Bridge is not most shows. Its “one story” — the Bridge Butcher — always felt to me like an afterthought. The Bridge’s real abilities lay in the gentle unwrapping of smaller concerns. Last night, two of the more interesting of those concerns — Charlotte, the trophy wife whose grand prize was an illegal, international tunnel, and Fausto, the murderous drug lord who dresses like a Tucson retiree — were finally united in a setting that was as sly as it was intentional. The meeting took place in the otherwise empty stands of what appeared to be El Paso’s leading trapeze school. As the high-flying acrobats twisted and preened under the lights, the real business took place down in the dark. Charlotte offered to be Fausto’s “man” in El Paso in exchange for 15 percent. Fausto leered, grabbed something on Charlotte’s Gulf Coast, and agreed. “I’m a nice guy, you know,” he said, and the reason why I care about both him and The Bridge is because I have no doubt that he believes it.

The scene ended with an artful shot of an acrobat falling backward into the soft, lifesaving pillow of the net. And now that the showy David Tate business has finished, all of the oddball detail, quirky characterization, and audience goodwill that were built up in the weeks before The Bridge went full mastermind are there to save the show in a similar way. This was evident from the very beginning, when S.J. Clarkson’s camera cleverly focused on roadkill — a more commonly occurring cousin to the bisected bodies that kicked off all the nonsense. Steven Linder was going courting, which meant that he had worn his best rodeo shirt, had his suit jacket freshly ironed, and brushed each sideburn 100 times with some steel wool and a Mr. Clean magic eraser. Steven may have had a “revelation” instructing him to marry Eva — those of us with more liberal policies toward shirt buttons call them “wet dreams” — but he remains a pragmatist, unable to detect anything special or particularly caffeinated about a twitchy chicken.

Marble mouth aside, Thomas M. Wright’s depiction of Steven is one of The Bridge’s finest attributes: He’s a complete and utter weirdo, but he comes by his strangeness honestly. Cable dramas love to darken their heroes with flecks of violence and doubt, but they’re rarely imaginative enough to allow good people to be fully pickled in strangeness. Steven’s business of “rescuing” girls may be extralegal but it isn’t necessarily bad. (Although I hope the show doesn’t flinch from examining the parallels between Steven and whomever is behind the wheel of that ominous red car. There’s something insidious and diminishing about Americans picking up Mexican women as casually as a takeout dinner, no matter what their eventual destination may be.) And it also presented a perfect string for Sonya to tug, one that may unravel the entire sordid business of femicides in The Bridge’s version of Juárez.

I say that very intentionally, by the way: The Bridge’s version of Juárez. If David Tate’s magic iPhone apps didn’t already tip you off, this show is fiction, often extravagantly so. And it’s the imaginations of Stiehm and Reid — along with “All About Eva” cowriters Esta Spalding and Fernanda Coppel — that have won me over. The real Juárez contains multitudes, of course, just like any city. It isn’t a hell-streaked murderscape nor is it safe and tidy middle-class enclave. While The Bridge can’t “solve” a series of murders that in reality remains unsolved, it can, like the best art, attempt to use actual headlines and events as a way to springboard toward a deeper truth. As The Bridge pivots toward a second season that suggests the fever-dream nightmare of the work of Roberto Bolaño — the scene in which Eva is raped amid a gauzy, gun-flashing police party is something straight out of the late author’s 2666 — I’m encouraged by the writers’ desire to take a big swing at something difficult and scary. They may not get all the details right. They may end up getting it all wrong. But, as I wrote yesterday, part of the joy of watching television is the opportunity to see chances being taken in real time. Yes, the Tate stuff was a miss. But this feels like the show The Bridge intended to be all along.

And if I’m being honest, the emotional hangover of these past few episodes has at least pushed the Ruiz-Cross partnership to a new and more rewarding place. Demián Bichir put in his best work on the show to date last night, reimagining Marco as a drunk and bearded sadness-bear, hibernating in his dead son’s room. The changed circumstances also gave Diane Kruger an opportunity to play Sonya’s idiosyncrasies for something instead of in opposition to her more “normal” daily surroundings. Sonya won’t lie or take no for an answer, traits that don’t win her many friends but prove invaluable in holding on to the one that she now has. And her straight and narrow plays best when it comes in contact with Marco’s broad-minded wobbliness: I loved the image of Marco washing down his plate of well-cooked eggs with a lukewarm breakfast beer, how Sonya’s lesson about making one’s own bed every day is slanted when the bed belongs to Gus and Marco’s metaphorical tidiness involves confronting his own past filled with indiscretions and guilt.

Actually, perhaps I’m giving too much credit to Sonya’s changed circumstance: Kruger just seemed more comfortable in the role last night, perhaps a sign of familiarity on her part and some wise decision-making on the part of the writers. There’s always going to be something robotic about the character, but last night Sonya finally seemed more human than cyborg. Watch Sonya with Steven: She was chilly, sure, but she was also watchful, insightful, and, generally, a good cop. This is important, especially if the show is going to leave the Tate Show behind and muddy its hands in waters that run anything but clear. I was happy also to see a more prominent role for Ellie Araiza’s Celia, Marco’s no-nonsense colleague in the Chihuahua State Police, and for Emily Rios’s Adriana. Daniel’s quasi-homecoming dinner at the Mendez household turned on a dime, drawing out all sorts of fascinating cultural debates about gender, sexuality, family, and commitment. It’s an encouraging sign that Daniela, Adriana’s younger sister, looks likely to be our guide to the strange and demanding world of the maquiladoras, American factories that couldn’t possibly seem more foreign to those of us on the receiving end of their cheap wares. Juárez aside, there are plenty of dead girls on television. What we need more than anything are some living, complicated women.

There’s much to unpack here and much to look forward to. There are also liable to be some bruised feelings and skepticism still lingering from the The Bridge’s wild ride off the rails these past few weeks. Many fantastic ideas and characters were needlessly burned and sacrificed on the pyre of David Tate: Graciela, Santi Jr., Gina, Gus. Alma isn’t dead but she may as well be. It’s hard not to question the future with the awkward past still ringing in our ears. But I’ve said it before and I’ll say it again: What The Bridge accomplished in the margins of its inherited plot was more impressive than what some shows manage in their entire runs. Also in The Bridge’s favor is the frantic malleability of TV production that means writers are presented with multiple chances to improve on their mistakes. Now that Stiehm and Reid seem to have jumped to safety with their Stetsons on, the only real question remaining is if viewers are ready to forgive them. In this case, I hope they will, just as I hope the Zapata quote that Celia used when she broke free from peer pressure and other people’s prerogatives will be printed out and taped on the wall of The Bridge’s writers’ room, for Season 2 and beyond: “It’s better to die on your feet than live on your knees.” Viva The Weird Bridge.