‘The Bachelor,’ Week 4: Learning How to Eat the Effing Octopus Already 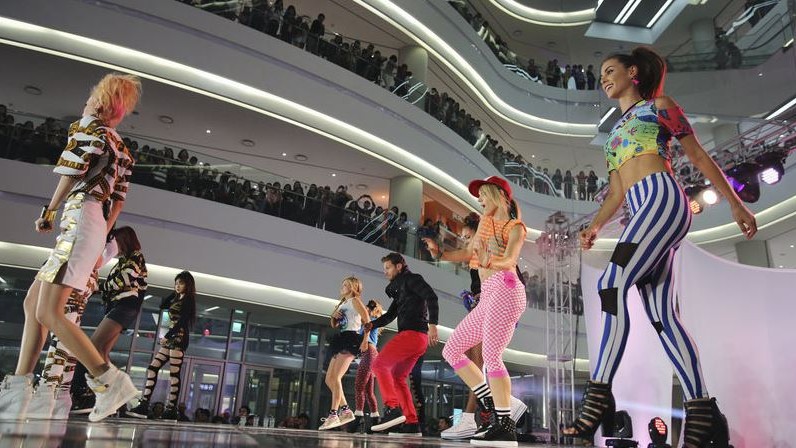 It feels like only yesterday that 27 companionship-seeking contestants stepped out of that limousine, with empty but willing hearts, to first meet the man of their impossible, temporary dreams. Pianos were played. Dogs introduced. Disappointingly chaste massages proffered.

But it was not yesterday. It was nearly a month ago. A virtual lifetime ago.

It is now Week 4. It’s time to get serious about winning.

And about learning. Because without learning, there is no chance of winning.

Bachelor School convenes now. Find a quiet place away from your coworkers. Close your spreadsheets and open your mind.

In just seven short lessons, you will be closer to finding ForeverLove than ever before.

1. Always Be Packed and Ready to Go

Travel is a thrilling fact of life on The Bachelor. You’ve seen it time and time again. That tiny envelope is a magical portal to the entire world; once its flap is torn back and its contents breathlessly read like an enchanted incantation, you could soon find yourself anywhere on the globe. Sometimes it’s a nearby rooftop. Sometimes it’s a neon-splattered fun-rave in the Utah mountains.

But sometimes it’s a trip to the other side of the planet.

And sometimes you have to fly commercial. As we feel we must remind you again and again, because quite frankly, it seems like you’re getting a little spoiled and your expectations have become unreasonably high, your Bachelor does not have an unlimited travel budget, even if it’s underwritten by the infinitely good and generous Walt Disney Company. (Much like the website you’re reading, we might add.) As much as he’d prefer to ferry you to Korea in a first-class cabin on the back of a giant eagle, sometimes a regular plane is the way to go. Just remember to be gracious about the opportunity, even if you are quietly seething inside that you do not have a personal Bellini attendant to keep your glass topped off at all times.

The good news is this: When you get off that boring plebe-jet, you will be in a faraway land. Like, say, South Korea. And maybe you don’t know much about South Korea, but soon it will be explained to you that it is the land of K-pop and “Gangnam Style,” and possibly myriad other cultural treasures the TV producers did not bother to research on Wikipedia. These two things will have to be sufficient. Peruse the Fodor’s in your downtime. (Unfortunately, all the pages but the ones about local karaoke bars have been torn out. You need to focus on the task at hand.) And please stop pressing the service light. He heard you. A fresh Bellini in a can is on its way.

2. Don’t Be Afraid to Go Negative

Other learning systems will invariably preach caution at critical junctures during The Bachelor season.

Other learning systems are wrong. And they are dangerous. Enroll at your peril — if you answer their Craigslist ads in a moment of desperation, you are as likely to wake up in a tub full of ice only to discover your heart has been removed in a black-market organ-burgling scheme as you are to actually learn any useful strategy. You’ve been warned. You will probably not even wake up in that tub; the body needs a heart to survive for any amount of time at all.

With a mere 13 contestants left in the wife-pool, it’s time to distinguish yourself. Let the other women forge useless friendships that will do nothing but impede their ability to ruthlessly chase a mountaintop proposal. That Neil Lane bauble never sparkles so brightly as it does when it’s been mined from the pain-caves of your misguided, blandly positive rivals. The glint of their tears in the facets of your new diamond is as breathtaking as the view from the top of that Alp.

So don’t be afraid to go negative. If this group date playing backup dancer to a K-pop band in need of prime-time exposure in the United States is not to your liking, let everyone know. Maybe you’re not much of a dancer — certainly not at the level of the one who’s an ex-NBA halftime Roger Rabbiter, or the other girl who’s loudly announcing how amazing her moves are — and maybe you’re a little offended that Psy is big-timing you by not appearing on your season. Find the nearest camera and confess your irritation. The camera will be happy to oblige. You are separating yourself from the pack. You are drawing crucial attention away from the other contestants, who are blindly performing their routine in front of three shopping mall tiers’ worth of screaming fans.

Congratulations. You are now the star. And they are merely backup dancers at your pout-concert.

3. Rat Out the Negative One

Your hand has been forced. That sour-faced party pooper — such a black hole of fun when she’s with the other ladies, such a supernova of delight when she’s alone with him — has decided she’s going to be the Negative One. The camera follows her everywhere, hoping to stoke the fires of tension. You’ve been flanked. Your only move is to invite those same cameras into your conversations about how fake she’s being, how she’s presenting a different, and presumably false, face to your Bachelor. How could he want to be with a person like that? Does he want that kind of conniving crypto-bitch raising his daughter? Ugh, she’s probably telling him how good she is with kids. She’s not good with kids. Pediatric nurse, whatever. You bet she flunked out of veterinary school.

This is not the optimal strategy — we’ve seen the Negative One play the game all the way to multiple Us Weekly covers — but it’s the only one you have. The move demands a countermove.

Just pray that when you dedicate some of your alone time with the Bachelor to very subtly insinuating that there’s a problem in the sisterhood, it doesn’t draw them closer together. He may not care that she’s not getting along with the others. He may even admire her unwillingness not to play that part of the game. He may think he has access to a side of her that no one else does.

Good luck. You’ll need it. She’s already telling him how much she loves changing diapers. And she’s already got a rose.

Your Bachelor experience is all about opening up. About tearing down walls. About letting him in. Feel free to express this aspect of your emotional journey in whatever flowering/construction site/door-opening metaphor you wish. The important thing is that he recognizes that you normally have a difficult time with trust in a new relationship, but that you are taking extra pains to accelerate that process for him.

In return, he will do his best to quickly determine whether or not it might be fun to keep you around another week. There are 12 other hearts into which he might burrow if he finds yours too resistant to his intimacy-drill.

So should you find yourselves alone in a courtyard, at the end of your one-on-one date, and he invites you to share with him your greatest gift, you must give it to him. Now is not the time to withhold. Sing for him, even if you’re reluctant, even if it’s just a few runs.

It’s the singing he’ll remember when you sit across from him at a small table and reveal your ambivalence about starting a family of your own. He’ll hear only the beautiful echoing of your notes in the cold night, and the tune will sound a lot like a lullaby to the babies you’ll eventually have. He wasn’t really listening to what you said. He only heard your music. And the wet little sound it makes when he bites your bottom lip. He’s a lip-biter. You’ll learn to live with it. You’re not crazy about it.

It’s just a tiny fucking piece of octopus! Get a grip! He’s not asking you to Bourdain down a piece of sautéed human brain on a toothpick! This isn’t Woman v. Food! Korean food is amazing! Sweet baby demon Harrison, eat the goddamn tiny tentacle and pretend you like it!

Is there anything worse than a karaoke date? There is not.

You read about this place in the Fodor’s. They were lukewarm on it and called it “touristy.” Grab a tambourine and pretend you’re having fun. You’re not having fun; a few hours ago, you were an honorary member of a K-pop band, being worshipped by scores of screaming teens.

7. Be Ready for Anything in the Ancient Elimination Palace

Your Rose Ceremony usually takes place in an otherwise unused library at Bachelor Mansion. But on special trips like this, you may be led into an Ancient Elimination Palace, a sacred space festooned with gilded dragons who will bear silent witness to the most important night of your life to this point, and the only backdrop appropriate to an occasion as weighty as this one. Lives are irrevocably changed here. When Chris Harrison enters, dressed in a black suit and tapping a tiny pitchfork against a wineglass filled with the fermented blood of the dismissed, you know it’s time for something important to happen.

Be ready to accept your rose and continue on your journey toward ForeverLove.

Be ready to watch as all the roses are granted to your enemies and you are left standing, flowerless, broken.

Be ready to go home.

A big chunk of the budget went to the Ancient Elimination Palace location fee.

It was a beautiful ceremony.

PSA: Nicolas Cage Has a Serious Movie Coming Out. It's Called 'Joe.'