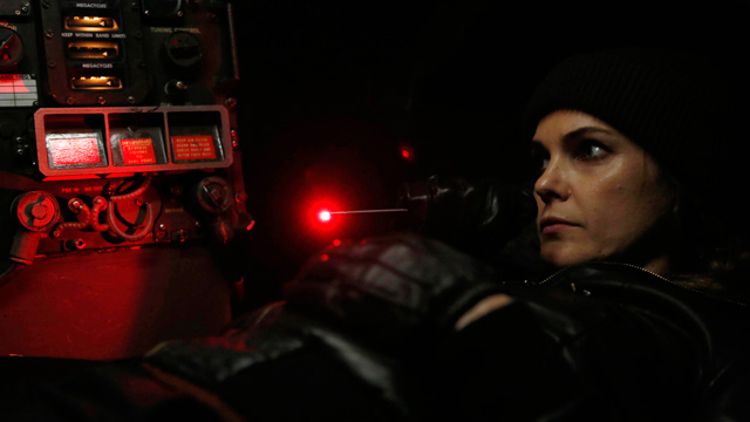 In 1981, the year The Americans takes place, the divorce rate in the United States reached an all-time high: 5.3 divorces per 1000 people. At the time, this was partly ascribed to the rising trend in “no-fault” divorce laws, under which many states no longer required proof of infidelity or other wrongdoing to dissolve a marriage. But the shift was also cultural, part of a growing acceptance of the idea that lifelong alliances often prove to be impossible; that wants and needs can change radically over time; that who we are at the beginning of something is often very different than who we are at the end.

There’s no way any statistics were kept, but I can’t help but wonder if the burnout rate for spies was even higher — and for roughly the same reasons. In The Americans’ typically clever, knotty style, “COMINT” dove deeply into the torrid, codependent relationships that can form between agents and the handlers who run them. We saw it, most painfully, in the needy, lonely face of Adam Dorwin, the manager of a “laser operations group” who’s also the KGB’s source for the Star Wars blueprints. When Elizabeth — battened down in glasses and drab colors, perched somewhere between church mouse and sex kitten — scouts him early in the episode, Dorwin has recently lost his wife. The FBI’s new encryption technology means that he’s also lost his other life partner: Vasili, the spymaster at the Soviet consulate, who turned Dorwin 23 year ago when he was just, as Vasili fondly remembers, “a bureaucrat with a soul.” Now Dorwin is so overwhelmed by grief he’s barely undercover at all.

Claudia knows his type well. When debriefing a rattled Elizabeth afterward she unspools a yarn about her time in Germany. (Last week Stalingrad, now Potsdamer Platz; she really gets around, this one!) While there, she ran into an isolated and lonely fellow as a spy and, she claims, “I became his friend.” Even so, once she had pumped him dry, he offed himself. “We didn’t need him anymore but he needed us,” she shrugs. I wondered if Elizabeth realized in this moment — or later, on their intimate dog walk — that she’s also being manipulated by the murderously savvy Claudia. Last week it was the assurance that Elizabeth would do well during a guerilla coup; now it’s a little sisterly solidarity. Either way, the result is the same: Elizabeth does whatever Claudia wants and acts like it was her own idea. I guess it’s not that complicated: Everyone wants to be needed and everyone needs to be lied to. It can’t be a coincidence that Elizabeth and Nina share the same impossible dream. For Elizabeth it’s the wish that she’ll “wake up and not be worried.” What Beeman offers sounds awfully similar and equally far-fetched: “You’ll choose a new name for yourself. And I want you to choose carefully, Nina, the name of someone who sleeps very, very well at night.”

How remarkable is Noah Emmerich’s performance as Beeman? He’s a master of stillness, able to do more with a look than most actors can muster with a monologue. While we’ve yet to learn the depths of his bad behavior during his own undercover years, his immediate closeness with Nina proves that he’s got a bad habit of giving himself over completely to those he’s been hired to observe. What to make of this relationship? There are clearly romantic sparks, but also that strange topsy-turvy feeling echoed in all spy/handler relationships, when both sides think that they’re the ones clinging to a lifeline — without realizing such an unbalanced arrangement means that if either should let go, they’d both fall. Beeman is already more intimate with Nina than he is with his own wife; what a sad scene it was when he chose Cyrillic over pillow talk. Mrs. Beeman tries to lure him back to their old life with both her body and their shared past — talk of line-dancing and chianti and a bubble gum game that echoed the Jennings family shenanigans at the Dairy Queen in the pilot — but he’s miles away, lost again in another identity. I loved also how the Beemans’ old ways sounded so kitschy and American, while Nina’s self-protecting guile, her willingness to do anything to not only survive but come out ahead seemed like a classic bootstrap — or at least kneepad — immigrant story.

What Nina can and can’t do (and how she chooses to do it) played into the episode’s most affecting theme: the role of women in these relationships of convenience and espionage. Claudia chuckles about it with Elizabeth: “These women here need to learn what you and I have known forever. You can’t wait for the laws to give you your rights. You have to take them, claim them, every second of every day of every year.” How to square that sentiment with what went down in the hotel room just hours before? Elizabeth’s latest honeypot scheme ends up stinging her when her FBI-supplying target reveals himself to be more sadist than patsy, whipping her with his belt until she cries out. (It was especially brutal because the scene just before was one of the most romantic of the series, with Philip and Elizabeth flirting and talking about their days like the real married couple they’re toying with becoming.) It was horrifying and electric to watch this unfold, because we know Elizabeth has the ability to turn the tables completely, to twist the guy’s neck like a Stoli bottle cap. Yet she never breaks character; instead she screams until he stops and then doesn’t leave without the information. Elizabeth merely feigned weakness; the rest of the episode suggested that nothing on Earth is weaker than a post-coital man, unable to help himself from bragging and dropping valuable intel like rumpled twenties on the bedside table.

What happened afterward with Philip was even more dramatic. His violent fury was expected (“Your husband … plays a little bit fast and loose with the rules,” Beeman laughed just that morning) but the coolly professional way Elizabeth disarmed him wasn’t. “You are not my Daddy,” she says, a dagger that cuts especially deep considering the shish kebab job Philip pulled on the creep who’d ogled Paige back in the pilot. “I’m your husband, Elizabeth,” he spluttered back, gun in hand. “What do you think husbands do?” “I wouldn’t know,” she says, cruelly. This relationship and its constantly shifting gender roles is messy and brave in a way I’m not used to seeing on television. (The fact that “COMINT” was written and directed by women — Melissa James Gibson and Holly Dale, respectively — is the sort of happy news that even Claudia would appreciate.)
Ostensibly, the Jenningses are equal partners, in business and in life. But their sudden inability to distinguish between the two — or is it the sudden existence of a life apart from their dark, secretive business? — has thrown everything out of whack.

Last night the two didn’t shoulder nearly the same amount of risk. Philip was off literally playing games with Beeman while Elizabeth (and Nina) did the dirtiest of work. (Even Vasili, that frosty sentimentalist, was, at the end, iced out by realpolitik.) Suddenly, Philip has the luxury of being a softie — he dismissed Martha with a patronizing kiss and an even worse story about his solemn duty. All while Elizabeth takes her licks and shoots a desperate, pathetic man point blank in the head. Why is it that women are always expected to clean up other people’s messes? Between the bursts of violence, she even found time to pull off a thrilling and risky trunk-to-trunk heist. (The end result of which — both sides now know the other side is listening — points toward the season’s endgame.) Here, at least, the power imbalance finally works in her favor: Thanks to her looks and that long, distracting hair, Elizabeth is able to flounce right past the male security guards in the FBI parking lot. For once, American sexism has its privileges.

Liam Hemsworth's Wanderin' Eyes ... and Other Horror Stories From This Week's Tabloids