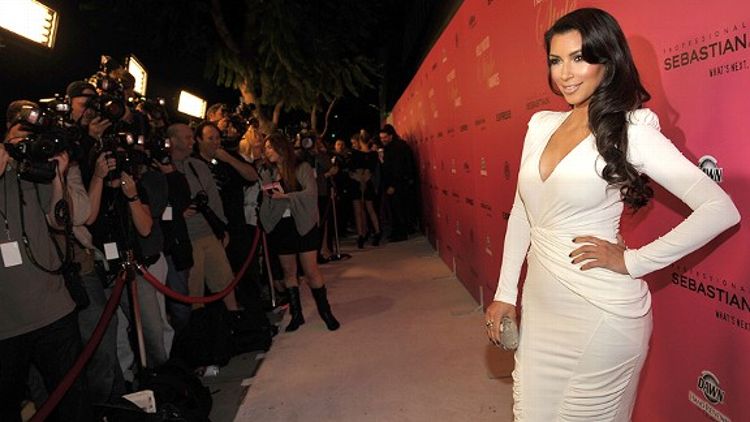 The GRTFLies Awardsies is not an actual event yet. However, if it were, it would be held in the banquet hall of the super-scary Howard Johnson on the main drag in Atlantic City, it would smell like the locker room of a strip joint, and it would be hosted by Yahoo Serious. Yes, that Yahoo Serious. The show would start with a four-minute montage of all the greatest moments from the year in GRTFL past set to Kim Zolciak’s hit single “Tardy for the Party.” Yahoo would start the proceedings with his monologue. I won’t torture you with the whole thing, but he would make four jokes about his first name, two about his last name, two more about being from “down under,” and end with, “Steven Adler? I don’t even know her!” He would then mercifully introduce the first award as he walked off the stage in tears.

Dysfunctional Relationship of the Year

Roseanne [mailing it in like only Roseanne can]: “Tom, our relationship sure had its ups and downs, but in the end we always found a way to keep it from working.”
Tom [trying way too hard]: “Yeah, Rosie, let’s have a look at some other couples from this year in the GRTFL that put the ‘fun’ in ‘dysfunctional.’”

Kasey: “Are you making a big deal out of it?”
Vienna: “I am not, you came upstairs and ripped a ring off my finger while I walked out of the bathroom.”
Kasey: “Because you continuously lead me on.”
Vienna: “Continue? If a girl doesn’t want to have sex with you, you don’t run upstairs and rip a ring off her finger.”
Kasey: “No, listen. I am just saying, don’t say you are going to do something and then not do it.”

Performance by an Inanimate Object of the Year

“Many say that the crumbling of the Berlin Wall was the greatest moment in European history. I disagree. The fortitude, determination, and unflappability that the Wall in Italy That the Situation Head-butted displayed while it was besieged by a raging inslopsicated Situation was a symbol of Europe’s rejection of the influence of American low culture. On behalf of all of Europe, I thank you, the Wall in Italy That the Situation Head-butted. Also on behalf of all Europe, I would like to express our disappointment at the continuing injustice in our great world; like the Wall in Italy That the Situation Head-butted, we must stand up and fight back. We must fight against the crime lords of the Congo who rape and steal at will, the world banking system that hoards wealth in the name of a greedy minority, and the tyrannical rule of Sammi, who deprives us of Single Ronnie. For real, dude, drop that hussie and dance spastically as the free man we all know and love. Take it from me, a chunk of the Berlin Wall: Lose that negatron and fly like the promiscuous, steroid-enhanced bald eagle we all know you are on the inside.”

“My name is Bai Ling. That means white spirit, and I really feel like sometimes I’m not existing. Sometimes I feel like I’m air, wind, and fire. Those elements. I often feel like I have this spirit living inside of me, always dressing in short miniskirts. Through life, through work, and through interviews, I learn so much about me, because there are questions that I don’t know how to answer, but then I start to discover myself. So there are eight spirits, mischievous ones, sad ones, handsome ones, wise ones, and crazy ones.”

Bai Ling (wearing a sexy nurse costume): “First off I would like to thank — Wait, what? What are you doing, Jackie Christie, stop trying to grab the — ”

Jackie Christie: “How they going to give this to that skinny little Chinese chick? What movies has this ‘actress’ been in, anyway? What did she do this year? Climb to the roof of the rehab facility in her PJs and crazy-talk to herself? That’s nothing, did you see me marry my husband for the 16th time? Did you see my dictatorship fall in a dramatic coup d’état? Did you hear me say ‘I am the First Lady of the bleeping league. Period. That’s it. I have been here, done that, 16 or 17 years. You little punks is new to this. I am true to this. You all want to be Jackie Christie but you can’t do what I do, you can’t walk in my shoes?'”

[Jackie Christie is killed by a single shot of sniper fire]

[In the balcony, Anna Benson rips off her ski mask, starts unscrewing the barrel of her high-powered rifle, and mutters, “Not even nominated? Please.”]

Airborne Cocktail of the Year Award

Barack [whispering to Oprah]: “Hey, O, did they tell you this was the Berkshire Hathaway holiday party?”
Oprah [whispering back]: “Yep.”
Barack: “What should we do?”
Oprah: “We should just smile and slowly back offstage without saying a word and get the fuck out of Dodge.”
Barack: “Oh man, I was really looking forward to meeting Draya from Basketball Wives.”

Body Part of the Year

Snooki’s preparation for the arrival of her boyfriend Jionni was one of the happiest things we’ve ever seen. A woman so excited to see her love that she could not control herself. Spray-tan was applied, hundreds of outfits were auditioned, and the smush room was Febrezed. Jionni rang the bell and immediately Snooki embraced him, nuzzled his familiar (allegedly) PED-enhanced chest, and wept tears of joy. It was pure beauty. One of those moments that makes you believe that the meaning of life can be explained in one word: love. They ran upstairs, he kissed the cheeks of the ladies, awkwardly bro-hugged the fellas, and the couple retired to the smush room. All was well.

When the two emerged, it was time to return to the environment in which they first met: one filled with Italians, thumping house music, and enough alcohol to rid the world of all bacteria. Snooki wore her finest attire, a hot-pink leopard-print number that looked like a bandanna being held together with jumper cables. Being a sexually conservative gent, Jionni remarked that he might prefer something a little more demure, but love was in the air and booze needed to be in the bellies, so they left for the club. All was well.

The presence of her lover transformed Snooki. She danced with a lust she had never felt before. She announced the she needed to dance where her soul was, above the crowd, onstage, to show the world her passion. Possessed by her love, she raised her dress and truly showed the world her passion. Jionni was not impressed. All was not well.

Ashamed, Jionni fled. Shocked, no longer possessed by desire, Snooki gave chase. Unable to find her Guido, she melted onto the streets of Florence in a weeping heap of rage and sorrow. Inconsolable, she retreated to her bed and continued to wail. Hours later, Jionni returned, announced that her behavior at the nightclub was unacceptable, grabbed his suitcase, and left. Under her hot-pink satin comforter, Snooki found no comfort. Hours earlier she held her true love, but now she held only her stuffed alligator. Reliving it makes me want to cry myself.

“Whoa. [hiccup] I totally shouldn’t have played beer pong with Johnny Bananas, Kim Richards, and Frank from the Real World before giving this speech. They don’t mess around. [aside to producer offstage] Which of those two Teleprompters am I supposed to read? What? There’s only one? Oh man. [surveys crowd, starts to speak into microphone] These people are crazypants maniacs. They can’t function without a camera, a cocktail, and a rage target in front of them. Which is why this is the perfect recipient for the first Lifetime Achievement Award at the GRTFLies Awardsies. Ladies and gentlemen, the man behind the curtain, the underlying motivation for every reality TV moment we have celebrated tonight, the reason we are all here, the one thing we all have in common … I present the winner of the GRTFLies Awardsies Lifetime Achievement.”

And the GRTFLie Awardsie Goes to … : Total Lack of Self-Awareness.
Acceptance Speech:

(Long pause. Everyone looking around for someone to stand up. More silence. Then a murmur of whispers within the confused audience. Yahoo Serious then takes the stage … )

Yahoo Serious: “I have just received a text from Total Lack of Self-Awareness. It reads, “Sorry I can’t be onstage to inspire you. I am too busy inside you inspiring you all.” Until next year!