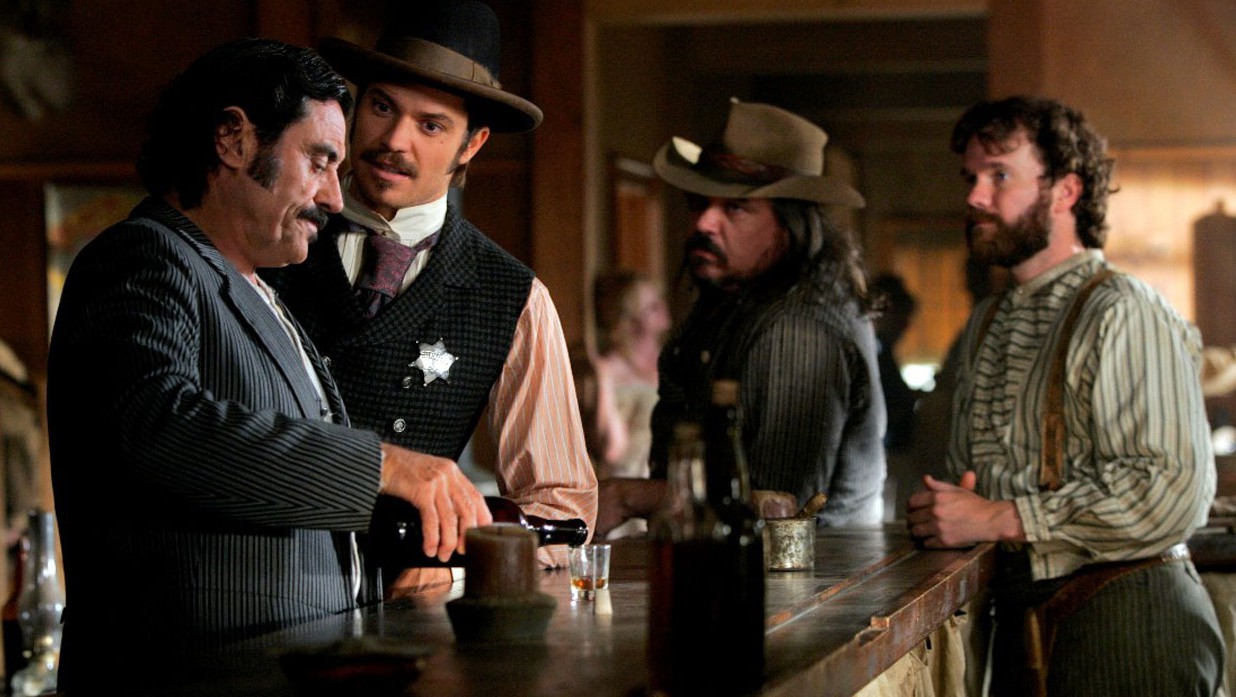 David Milch’s brutal and brilliant Western series Deadwood came to an end in 2006, after 36 episodes and a reported 2,980 onscreen utterances of the F-word. HBO announced at the time that Milch — who’d already started work on his next project for the network, the baffling and short-lived surf-noir parable John From Cincinnati — would eventually wrap up the show in a pair of two-hour made-for-TV movies, a compromise they’d arrived at after Milch reportedly turned down its offer of an abbreviated six-episode final season. “We couldn’t have done the work the way we wanted,” Milch said at the time. “I didn’t want to limp home. … My father always said, ‘Never go anyplace where you’re only tolerated.’” The movies never materialized, and in a 2012 interview about his third short-lived HBO series, the horse racing drama Luck, Milch said he didn’t think they ever would. “We got really close about a year ago,” Milch told Vulture’s Matt Zoller Seitz. “Never say never, but it doesn’t look that way.”

You can see why. Even by the standards of TV’s Difficult Men era, Deadwood was difficult television — a portrait of the West as moral mudhole, inhabited by pathologically ill-tempered characters whose speech patterns could veer from florid hill-country Shakespearean to anachronistic modern obscenity in the course of a sentence. It eschewed both the easy answers of the traditional oater and the pulp existentialism of the revisionist Western, and it wasn’t a standard premium-cable antihero showcase, either. It set up reluctant sheriff Seth Bullock (a pre-Justified Timothy Olyphant) and whoremonger Al Swearengen (Ian McShane) as classical nemeses, then turned them into wary allies in Season 2. By the end, it felt like both a gritty reboot of America’s origin story and a barbed civics lesson in which the savagery of the frontier seemed practically genteel compared to the cruelties of legitimate capitalism. That theme emerged in the show’s final season, with the arrival in camp of mining kingpin George Hearst (Gerald McRaney) and his assistant, Francis Wolcott, who also happened to be a serial murderer of sex workers.

Wolcott was played by Garret Dillahunt. On Wednesday, about nine years after the show’s last episode aired, Dillahunt tweeted this …

So uh….I'm hearing credible rumors about a #Deadwood movie. #Everybodypray

… thereby forcing HBO to admit “there have only been very preliminary conversations” about a Deadwood movie. So far there’s no information about whether we’re talking made-for-TV film or theatrical, or if stars like Olyphant (and key supporting players like Kim Dickens and John Hawkes, who’ve gone on to bigger parts) are even available; also, given the arcs of the two characters Dillahunt played on Deadwood,1 it’s somewhat curious he’d be the first to know. In that HBO statement, the words “only” and “very” are probably the key words, which is why Deadwood hoopleheads across the Internet were expressing strictly guarded optimism last night instead of charging out into the streets in their boiler-suits shouting TELL YOUR GOD TO READY FOR BLOOD. (Full disclosure: If and when this project gets a confirmed green light, this is exactly what I will do.)

The idea that nine years of canceled-too-soon word of mouth about Deadwood finally convinced HBO to come back for one last critically acclaimed but only modestly successful score doesn’t make a whole lot of sense. But there are few imponderables in television more imponderable than the ongoingness of Milch’s creative partnership with HBO, which in the years since Deadwood has yielded only the half-baked John From Cincinnati and a bunch of tragic racehorse deaths. I don’t pretend to be an expert on how the television business works, but this marriage makes less sense to me with every passing year. In 2008, HBO rejected the pilot for Milch’s 1970s cop drama Last of the Ninth; last March, the network turned down another Milch pilot, The Money, about an aristocratic American family and its media-mogul patriarch, played by Brendan Gleeson. One month later, Milch’s Red Board Productions signed a new deal with the network, which apparently doesn’t want anyone else to be in the not-moving-forward-with-David-Milch’s-shows business. Maybe it’s decided that bankrolling a Deadwood movie is the only way to keep Milch from following through on his threat to make movies out of the entire 19-novel, 125-short-story William Faulkner corpus; I don’t know.

I’m burying the lede, though, which is GO WATCH FUCKIN’ DEADWOOD — AVAILABLE ON GOOGLE PLAY, VUDU, AND AMAZON FUCKIN’ PRIME — IF YOU HAVEN’T ALREADY. Even if you’re not into Westerns. Especially if you’re not into Westerns. With or without a final chapter, it’s one of the most distinctive and complex television shows ever broadcast. And as demonstrated in the following YouTube clip, which is staggeringly unsafe for work, unless you work in a seedy 1870s brothel, no show ever worked harder to earn its TV-MA rating.