Teenage Angst Has Paid Off Well: The Mature Immaturity of Charli XCX’s ‘Sucker’ 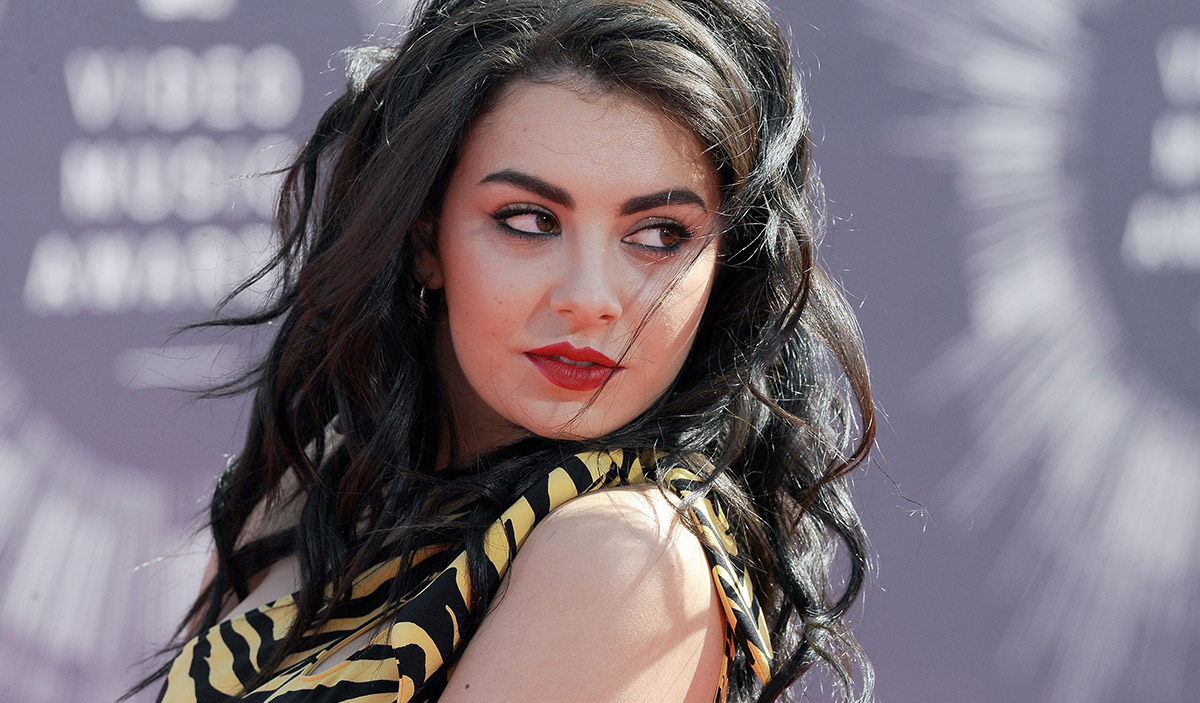 When a precocious teenager from Bishop’s Stortford named Charlotte Aitchison started posting songs online in the late ’00s as Charli XCX, she was part of a new vanguard in pop music. Irreverent yet gifted with a knack for hooky craftsmanship, Aitchison wasn’t out to destroy pop, as insurgent upstarts from previous generations have typically set out to do. What she was after was more like a silent coup.

From the start, Aitchison imbued the irresistible bubblegum pop she grew up with (namely Britney Spears and Christina Aguilera) with sharper, tangier flavors taken from moody ’80s new wave, arty ’90s indie, and forward-thinking ’00s electronic music. As for her lyrics, Aitchison was self-aware, postmodern, and witty. (From 2008’s “Art Bitch”: “And I admire your individuality / MySpace, Photoshop / Interesting captions that captivate me every time.”) Her inclination to synthesize “high” and “low” forms of popular music — or, perhaps, to assert that there was no reason to separate them — was a natural byproduct of growing up with the Internet. But in the pop mainstream, this philosophy still seemed left-of-center.

Last year, Amos Barshad spent one wild night with the then-relatively-unknown Charli XCX. Revisit the story now.
When Charli XCX finally released her debut LP, True Romance, in 2013, what once seemed revolutionary was now commonplace. Another precocious teenager, Lorde, had succeeded where young Charlotte Aitchison had faltered just five years prior. Now, brainy pop songs written and performed by young women with tart, acidic, and determinedly outsider perspectives were taking over the charts. This year, the biggest pop star on the planet, Taylor Swift, made precisely the world-conquering, sinewy synth-rock album in 1989 that Charli XCX hadn’t yet been able to deliver. Meanwhile, every article written about Charli XCX seemingly asked the same question: Why isn’t she a star yet?

With Sucker (due December 15), Charli XCX lives up to her early promise, producing a set of sneering, snotty, and stylistically adventurous songs that fully establish her as a formidable player on the pop landscape. Whether it will make Charli XCX a superstar is another question.

The problem for Charli XCX is that she has fallen back into a crowded field of like-minded and (for now) higher-profile artists. Lately, Aitchison has had to fight not only for attention, but also for credit. In interviews, you can feel her bristle whenever the topic of “I Love It” — the shouty smash she wrote and then guested on for Icona Pop in 2012 — is broached. Even after scoring her own top-10 hit this year with one of 2014’s best singles, the onomatopoeic “Boom Clap,” Charli XCX is still best known as the Judy Greer of pop, an affable supporting player frequently cast as the lead’s best friend. There she was again this summer, costarring with Iggy Azalea on “Fancy,” singing the catchiest part of the song but nonetheless sacrificing the glory to the headliner. 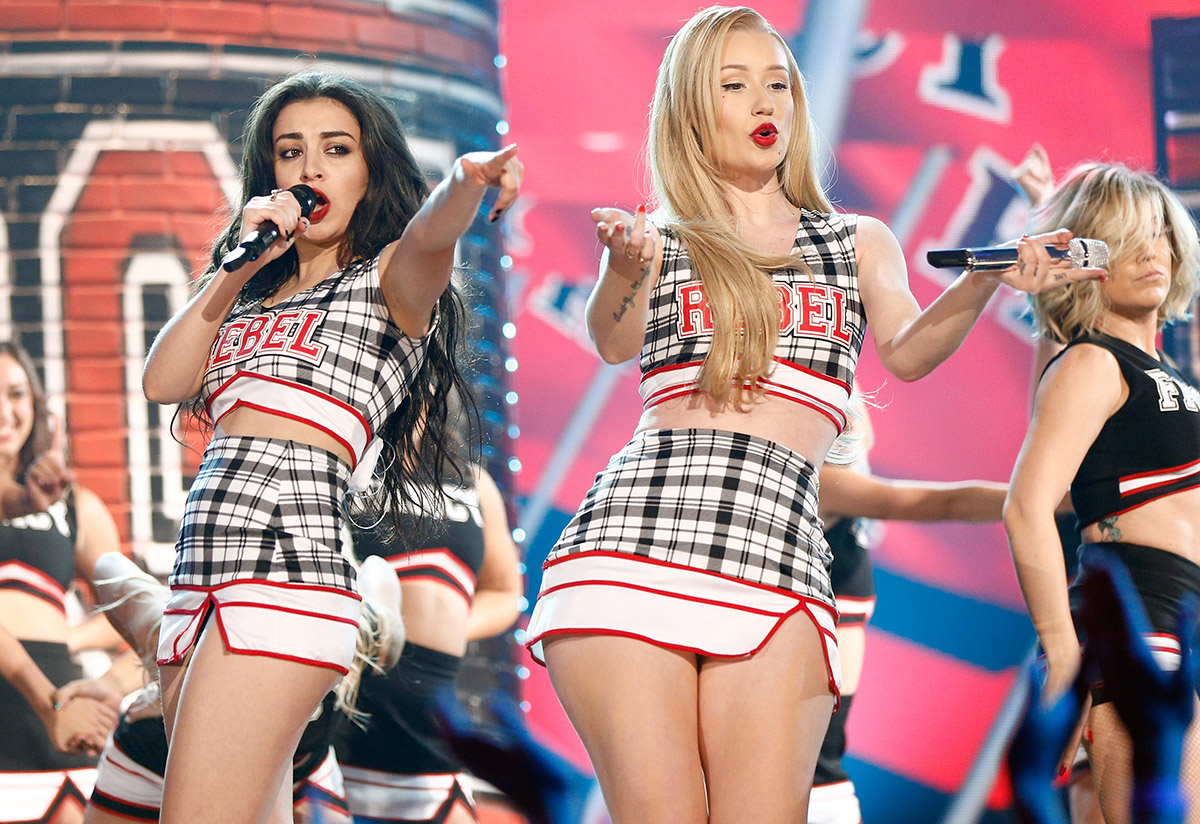 Faced with such potentially deadly typecasting, Charli XCX comes up with a novel solution on Sucker: She has skipped the “aspiring superstar” transitional record and gone directly to the “I’m already a superstar!” defining statement. On “London Queen,” a spiky slice of Nintendo punk that sounds like Gwen Stefani fronting the Slits, she strikes a victory pose over her presumptive takeover of America. “When I’m driving on the wrong side of the road I feel like JFK, you know,” she sings, all bravado and no worries over whether the checks she’s writing will be cashed.

If Charli XCX isn’t talking about already being famous, she’s ruing the impact this theoretical fame has had on her life. The delectable “Gold Coins” is a fantasy about building a literal fortress out of money and shutting out the encroaching demands of the outside world. (“I stack it so high, build a pretty green castle wall / I’ll hide inside my fortress smoking in my bed, that’s what I dream of in my head.”) The title track is Aitchison’s “teenage angst has paid off well” move, a spite-fueled hate letter buoyed by massive pop-punk guitars that addresses anonymous music-industry phonies “sitting on a plastic speedboat in the ultraviolet ocean, playing cool songs, trying to show off.” On Sucker, Charli XCX is simultaneously assuming the role of pop godhead and firing off an angry resignation letter.

Sucker’s idiosyncratic roll call of collaborators — the liner notes pinball from the elite pop production team Stargate to the skeezy indie-rock goofball Ariel Pink — suggests the sort of singular, auteur-driven blockbuster that normally requires the presence of an artist with real commercial muscle. Apparently some of that lyrical guile carried over into her business dealings, considering that Charli XCX convinced her corporate-label patrons to grant her that level of autonomy. “Boom Clap” aside, Sucker isn’t exactly rich with obvious hits, though it is a more palatable offering for pop radio than it might have been.

At one point, the record was conceived as a cotton-candy In Utero — Aitchison retreated to Sweden with producer-songwriter Patrik Berger and Berger’s punk band, Snuffed by the Yakuza, and spat out a bunch of screaming, two-minute, Descendents-style snotballs. In a recent interview with Pitchfork, Charli XCX said one of these songs, “Mow That Lawn,” is “about me moving to the countryside and being bored of taking too many drugs and drinking too much, and just wanting to have a cat and mow the lawn.” (This sounds like an unintentional tribute to Paul McCartney’s early solo work.)

I would’ve liked to hear that Charli XCX record, though a lot of that spitfire spirit carries over to Sucker, just in cleaner packaging. The recent single “Break the Rules” — coproduced by Aitchison, Stargate, the Norwegian DJ Cashmere Cat, and a guy who cowrote the Wanted’s “Glad You Came” — is the purest distillation of the album’s aesthetic, setting a “Since U Been Gone” guitar lick against de rigueur EDM splashes and juvenile lyrics about skipping school and getting high. The result is a much more fitting tribute to Joey Ramone than that U2 iTunes commercial jingle. Then there’s one of my favorite tracks, “Hanging Around,” which sounds exactly like what it is: an attempt by co-writer Rivers Cuomo to rip off Charli XCX’s favorite Weezer song, “Beverly Hills,” that somehow produces a song a lot better than “Beverly Hills” in the process.

The promotional narrative for Sucker has portrayed the album as edgier than it really is, with Aitchison stepping up the outsider rhetoric. “I don’t want to feel like a celebrity,” she recently told Time, predicting that “plastic, overproduced, bad-lyric throwaway pop” is about to die because “artists are running their own careers now,” implicitly positioning herself as one of the primary disrupters. But this insider-as-secret-outsider posture is, again, hardly unique these days, as more and more female pop stars seem to be taking their cues from the grunge era. (Some of whom are even launching tours with their ’90s forebears.)

To me, Charli XCX is less like Courtney Love than the punky pop princess of a previous era, Cyndi Lauper. Like Lauper, Aitchison is a skilled synthesist of underground and mainstream trends who prides herself on being “so unusual” while also working well within the parameters of what’s commercial. (She even has her own “She Bop,” thanks to Sucker’s randy masturbation ode, “Body of My Own.”) Her identity is based on personifying what’s cool in pop while standing slightly outside of it, like in “Famous,” where she pledges to crash a party to which she wasn’t invited. The flash of humility is endearing, though I suspect that Charli XCX expects to be hosting that party very soon.