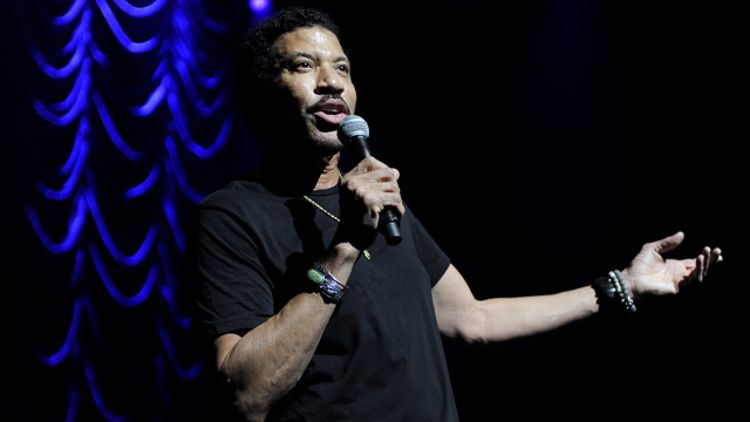 No one starts their day assuming they will have to choose between seeing Mystikal or Lionel Richie. No one has ever had to make that decision. I’ll actually take it a step further and say that before yesterday, no one had ever said “Mystikal” and “Lionel Richie” in the same 48-hour time span. Well, as of Wednesday evening in Austin, Texas, there officially became a first time for everything. And as a fan of both gentlemen, as you will see, it was one of the harder decisions of my concert-going life. But as to be expected with things of the Mystikal/Lionel persuasion, it wasn’t as simple as it seemed. It never is. With Lionel. And Mystikal.

The two events in question were the SOBs 30th Anniversary Showcase and the Billboard Showcase. Earlier in the day, I assumed I would spend my entire evening at the SOBs event, watching rap acts such as Travis Porter, Slaughterhouse, and 2 Chainz take the stage. I also assumed this was my night plan, because I had yet to figure out a way to get into the Billboard event. Apparently (and rightfully so), Mr. Richie was a hot ticket.

Then, at 3 p.m, I got a text saying that I was on the list for Lionel. This was good. I, Rembert Browne, was only a few hours away from seeing my mustachioed hero. As the day went on, it simply became a countdown to when I would make my way to Austin City Limits, blind myself, register for a class taught by Prof. Richie, and then mold a bust of my instructor’s face while he sings “Hello.” Even as I sat in an early-evening showcase by Andy Suzuki and the Method, I was splitting my time between tapping my foot, singing along, and visualizing my jubilant African dance sequence during “All Night Long.” This could turn into a life-changing evening.

Right as The Method finished up, two pieces of information came across my Internet desk that changed everything. The first was that Lionel wouldn’t be going on until midnight, because The-Dream was opening for him at 11. The second was that in addition to the aforementioned rappers at the SOBs showcase, there was another entertainer of interest scheduled to perform. His name is Mystikal. This was the moment the night went from “a fun night of music in Austin with my friends” to “Dancing on the Ceiling” vs. “Shake Ya Ass.” Or, more specifically, “Ooh what a feeling” vs. “I’m buyin’ if you got nice curves for your Iceberg.”

I didn’t have to make a decision immediately, because I had two hours until Lionel was set to go on, but at that very moment, I couldn’t stop thinking about Mystikal. The idea of seeing him reminded me of the lead-up to seeing DMX, in the sense that they were very important to my teenage years, they both barked like deranged Baptist preachers, and then they disappeared and I never expected to see them. With that said, I always knew that if somehow it happened, I couldn’t miss it and I would lose my mind. As a “serious” music fan, I was slightly ashamed that I was considering skipping Lionel Richie, a peer of Michael Jackson — a member of the original “We Are the World” squad and lead singer of the Commodores — for a rapper who once started a verse with: “I came here with my dick in my hand.” But to quote Young Jeezy (and probably Jay Bilas), “I’m what the streets made me, product of my environment.” (Note: That product is an embarrassing quasi-adult and those streets are tree-lined.)

As R&B crooner Miguel (who’s starting to look more and more like Buggin’ Out) hit the stage, friend and SOBs publicists Kozza Babumba showed me the order of the remaining acts. After Miguel it was Travis Porter, Mystikal, Machine Gun Kelly, 2 Chainz, and then Slaughterhouse. According to this schedule I could see Mystikal and Lionel, but after a quick glance at the time it was clear they were running quite behind. This was bad. As host Low Key kept the crowd energized between Miguel and Travis Porter, the time was seemingly racing toward midnight. Word was that The-Dream had gone onstage, on time, meaning there was a very solid chance Lionel would also start on time. This was so bad.

As Travis Porter launched into “Make It Rain,” the clock struck 11:45. Upon hearing the first note of this beautifully ignorant song, I knew I had to leave. I couldn’t stand here, missing Lionel, while the rappers onstage say, “You want to see some ass, I want to see some cash.” No way. I immediately pulled out my phone to see how long of a cab ride this was about to be.

Answer: 0 seconds, because Lionel was playing SIX BLOCKS AWAY.

It was meant to be. I said my quick goodbyes, bulldozed my way out of the crowd, and got my first exercise of the weekend, an all-out sprint to the venue. When I reached the space at exactly midnight, I heard “Rockin That Shit” by The-Dream blaring out into the street. I was extremely pleased with myself. Not only had I managed to not miss Lionel, but I also managed to miss 99 percent of The-Dream. This was the best day ever.

Once I made it inside the venue, it became clear Lionel wasn’t going on for a minute. Midnight had become 12:15 a.m., and the slightest inklings of regret started to slip into my head. Was this actually the dumbest decision ever? Could I have waited it out, gotten my Mystikal fix and then run over and caught Lionel? WHAT HAD I DONE? As soon as that final caps-locked thought entered my head, the lights dimmed and Lionel came onstage. Crisis averted.

Seeing this 60-plus-year-old man come out in black skinny jeans and a black T-shirt was a beautiful sight to see. “Look at Lionel, being all hip and urban and whatnot,” I thought aloud, as the band immediately launched into a techno version of “Hello.” I was confused, but I was standing up, elated. I couldn’t be upset. This was Lionel Richie. Yes, I hoped the whole concert wouldn’t be like this, but looking out into a sea of Lionel-aged people, I was sure that wouldn’t be the case. After that 45-second “Hello” tease, he went into “Running With the Night.”

After he ended that, Lionel uttered the magic word (“Commodores”), sat down at the piano, and started into “Easy.” It was one of those moments I wished my mom was next to me, so we could hold each other. Me picking Lionel over Mystikal was definitely a sign that she did a good job parenting. Go, mom! After a few other songs, Lionel kicked his band off the stage and eased into one of the more emotional songs ever recorded, “Still.” If you are unfamiliar with it, shame on you, but know that at the end of the song he starts weeping. I can’t express how excited I was to cry with Lionel. I’ve always wanted to cry with Lionel.

As the concert trucked on and Lionel continued to play songs and clap for himself afterward, I was prepping for the rush of tears that would happen when he ultimately played “Three Times a Lady,” the moves I would break out during “All Night Long,” and the interpretive dance I would premiere upon hearing the first note of “Hello.” And then, at 1:08 a.m., my phone buzzed.

From Kozza: “Kanye coming out for SOBs … we won.”

I look over at the phone of my neighbor, Erika. She has the same text. We look at each other with glances of joyous fear. Is he coming out right now? Did we just miss Kanye West? Is he coming out later? We can’t miss Kanye, can we? Holy hell, Kanye is six blocks away. Do we leave? What about “All Night Long”? Holy double hell, Kanye is six blocks away! And just like that, 30 seconds into “Dancing on the Ceiling,” the three of us were gone. Sorry, mom.

A very purposeful six-block uphill power walk was in full effect. Once we arrived at the door, after a series of frantic texts and pouty faces, we were quickly escorted through the back way and made our way to the crowd. The scene on the stage: 2 Chainz, flanked by 3 percent of the black male population, Big Sean, and Kanye West. I couldn’t believe it. This was my first time seeing Kanye West in person. I couldn’t believe he was real. After some generic rapper banter, Big Sean launched into “Ass Ass Ass Ass Ass Ass Ass Ass Ass Ass Ass.” And for the first time in my life, I wasn’t interested. After a verse of that, he transitioned into “Marvin and Chardonnay.” Apparently Big Sean did a verse, because after about 90 seconds, Kanye finally started rapping. It’s shocking how much stage presence this man has. At this point, I’d almost forgotten Lionel’s last name.

After the final chant of “This was all inspired by a little Marvin Gaye and Chardonnay,” Kanye launches into his final track, the “PSA” of his discography, “Can’t Tell Me Nothing.” I’m yelling and gesturing toward Lord Kanye like he’s leaking Genesis for the first time. As someone who missed both the “Glow in the Dark” and “Watch the Throne” tours, but happens to think he’s a genius, this was one of my happier music moments. I couldn’t believe this was how I got to end my fifth-to-last night in Austin.

And then 15 minutes later Slaughterhouse were joined onstage by Victor Cruz and MC Hammer. Upon seeing this, it became clear with the exception of missing Mystikal, this was one of the more perfect nights of music I’d ever experienced. Leaning over to my neighbor, I casually asked, “How was Mystikal?” His answer:

“He never showed up.”

About That Supposed Rash of Project X–Themed Parties