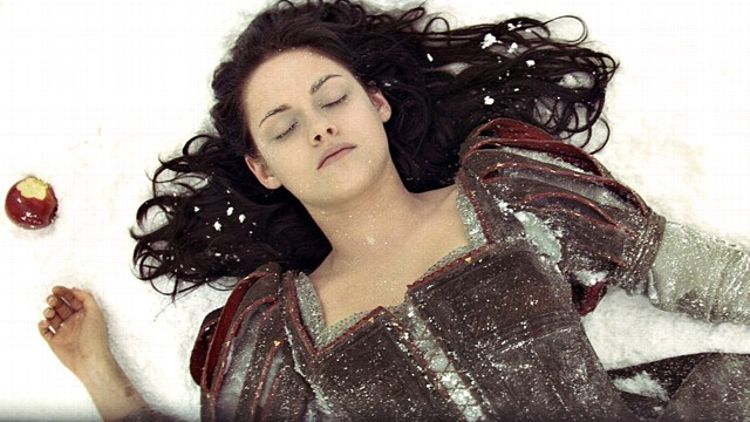 There is an early David Foster Wallace story called “My Appearance” about an actress whose “face and attitudes are known to something over half of the measurable population of the United States, whose name is on lips and covers and screens.” The story centers on an appearance of hers on Late Night with David Letterman. Mostly it’s just an excuse for Wallace to riff on a few favored subjects: the place of sincerity in an age of overwhelming irony; the difficulty of saying things that don’t already come packaged in the kind of quotation marks that basically disavow what you’re saying even as you’re saying it.

“Sincerity is out,” says the creepy television executive who has taken it upon himself to coach the actress in advance of her appearance. “The joke is now on people who’re sincere.” Letterman’s show is an “anti-show,” one that feeds off its evident amusement at itself and its withering, disingenuously friendly host. Our heroine aces the interview by in turn playing an idealized, self-mocking version of herself; it’s only at the end of the story, when she asks someone close to her what they “really” think, that she finally slips up and plunges into the trap that was lurking beneath her the entire time.

“My Appearance” (then titled “Late Night”) was first published in Playboy in 1988. Kristen Stewart’s famous and very real appearance on Letterman came 20 years later, in 2008, when she was promoting the first Twilight movie, and basically validated every fear Wallace had. She was mumbly and weird and she fidgeted; Letterman, sensing something human on the other side of his desk, went in for blood. He asked her if vampires were vegetarians and how she felt about bats. He questioned her about her lack of a high school education. When she confessed to being unprepared, to being boring, to not really knowing how to play the game — “I was like, what am I going to talk about on Letterman, I have no idea” — he did a kind of comic double take. “Did you — did you tell somebody that?” he asked, overwhelmed with mock concern. The audience roared.

And this has pretty much been the line on Kristen Stewart ever since, even as she’s become one of the most famous and highly paid actresses in Hollywood. She’s the girl in all black, the awkward one who doesn’t want to be there. Her appearance on Letterman exposed something that was probably true about her — that was definitely cool about her — but it also exposed that part of her to the ridicule you can expect when you volunteer information you haven’t dipped in irony and sarcasm and bulletproofed in advance. She probably regrets having done this. And in interviews since, including a far more glamorous return to Letterman, she’s tried to erase the memory of that awkward, fidgety person entirely. Which is too bad.

In Snow White and the Huntsman, which comes out tomorrow, Stewart plays the titular princess. Her Snow White is first seen as a child, clutching a baby bird with a broken wing. Later, Charlize Theron, in high camp mode as the evil Queen Ravenna, stabs Snow White’s father in the heart after a speech about the unfair treatment of women by men. Stewart’s White comes of age locked inside a high tower, with the exact same disheveled brunette hair Stewart sports in most movies, a dirty face, and a penchant for saying the Lord’s Prayer to two dolls made of sticks. She is eventually liberated from her captivity with help from her loyal friends in the animal kingdom; when she escapes through a castle cistern onto the rocky shores below, there is a glorious white horse waiting patiently to carry her to safety. A few minutes later, the beast founders in a muddy swamp, lays down, and is never seen again.

It’s that kind of movie: big and visually operatic and basically nonsensical. It’s pretty fun. Once Snow White escapes, there are a lot of shots of Theron casually eating rabbit entrails with metal claws or screaming “I … WANT … HER … HEART!” The evil Queen’s mirror on the wall is depicted as a globular golden demon who, after a time, warns Ravenna that Snow White is the sole threat to her eternal rule. For this the Queen attempts to have Snow White killed, but by this point she’s in the forest with moss-covered turtles and Chris Hemsworth’s Huntsman and the menacing old English actor duo of Ian McShane and Ray Winstone, here playing dwarfs. “How do I inspire?” Stewart asks rhetorically, as she prepares to lead a rebellion against her stepmother. “How will I lead men?”

Stewart really only gets asked to play two roles, and this, perhaps unfortunately, is one of them. Either she is a paragon of frustrated virginal abstinence (White’s “innocence and purity,” Ravenna’s gold demon mirror tells her in Snow White, “is the only thing that can destroy you”) or she’s an equally frustrated harlot in need of rescue and restoration to her platonic virginal state. Twilight, with its strong sex-equals-eternal-vampire-death-and-also-immediate-monster-pregnancy message, is obviously on the pro-abstinence side of things. But outside her franchise work, Stewart has tended to play confused young hookers (2010’s Welcome to the Rileys, in which we first see her from the stripper heels up, attempting to straddle James Gandolfini), sexually licentious amusement park employees (2009’s Adventureland, in which she listens to lots of Hüsker Dü and relieves Jesse Eisenberg of his virginity), or drug-addicted bisexual rock stars (2010’s The Runaways, where she does a mean, exceedingly abstract Joan Jett).

Stewart is basically indistinguishable in all of them. You either think that she’s totally blank or that she’s artfully, strategically detached, accurately channeling the vague adolescent torment that lies beneath most of the people she’s asked to play. Stewart’s specialty is taking all kinds of different underwritten characters and filling them in with the same specific light malaise and restlessness. Is she good at acting? It’s hard to say. But she is inextricably herself. Artifice and the particulars of character wash off her like rain. She is a movie star not because of her technical skills but for her consistent, ambient presence — she is who she is who she is, no matter the medium. And this is cool, because her presence is one of the best and most underrated in movies right now.

Stewart’s said she had to bring too much of herself to her Twilight character, Bella — “the most sort of undeveloped character I’ve played,” she told Elle. Judging by interviews, this has become a kind of Letterman-in-2008 problem for her: Millions of people have opinions about Bella Swan, which is discomfiting, because Bella Swan turns out to be dangerously close to the real-life Kristen Stewart. This, as much as anything, probably helps explain her cringing red-carpet demeanor and generally hostile public presence: the pot leaf bikinis, the leather jackets, the spiking of the MTV award shaped like a golden box of popcorn.

Plus she’s had to grow up in public — her first big role, in Panic Room, came when she was 11. So she’s had a big-band phase, a Minor Threat phase, a writer phase, a marijuana phase. When Dennis Hopper interviewed her for Interview, one of the first things she said to him was: “Why in god’s name did you want to do this? You have no idea how cool this is for me.” She’s conducted her romance with her Twilight co-star, Robert Pattinson, in an almost paranoid cone of silence for which the two of them are often mocked, but which in fact seems like the only sensible way to attempt a normal relationship with another famous person while trying not to get murdered by a Twihard. She loves wolves and stray dogs. She very clearly gets the icky sado-masochistic subtext of Stephenie Meyer’s novels and is as seemingly weirded out by them as the rest of us.

It will be interesting to see where she goes when she gets older. There is clearly a career for her as a big-time movie star in the Twilight/Snow White vein. Because she is a brunette, basically, and lithe and a bit spacey, she can play tough-but-vulnerable heroines in every movie for the next decade — unlike, say, her Snow White co-star Charlize Theron, who often needs to undergo whole physical transformation to play anything but a beautiful bitchy popular girl. Kristen Stewart is not the popular girl. She is the cultural, social, and box office revenge of another type of girl — the tortured, Kerouac-reading outcast, Winona Ryder in Heathers. Except that Stewart is idolized by millions of aspiring Heathers in high schools and middle schools all across this country.

One way in which Stewart embodies this archetype, perhaps paradoxically, is by being a little bit too cool, or at least a little too much herself, for all her movie roles — that’s why they blend together. But the character of Kristen Stewart is a fascinating one; she holds your attention on-screen, even when she’s just sort of being herself. I hope they keep making movies about that person, whoever she is.

Zach Baron thinks you should start with Adventureland. Find him on Twitter at @xzachbaronx.