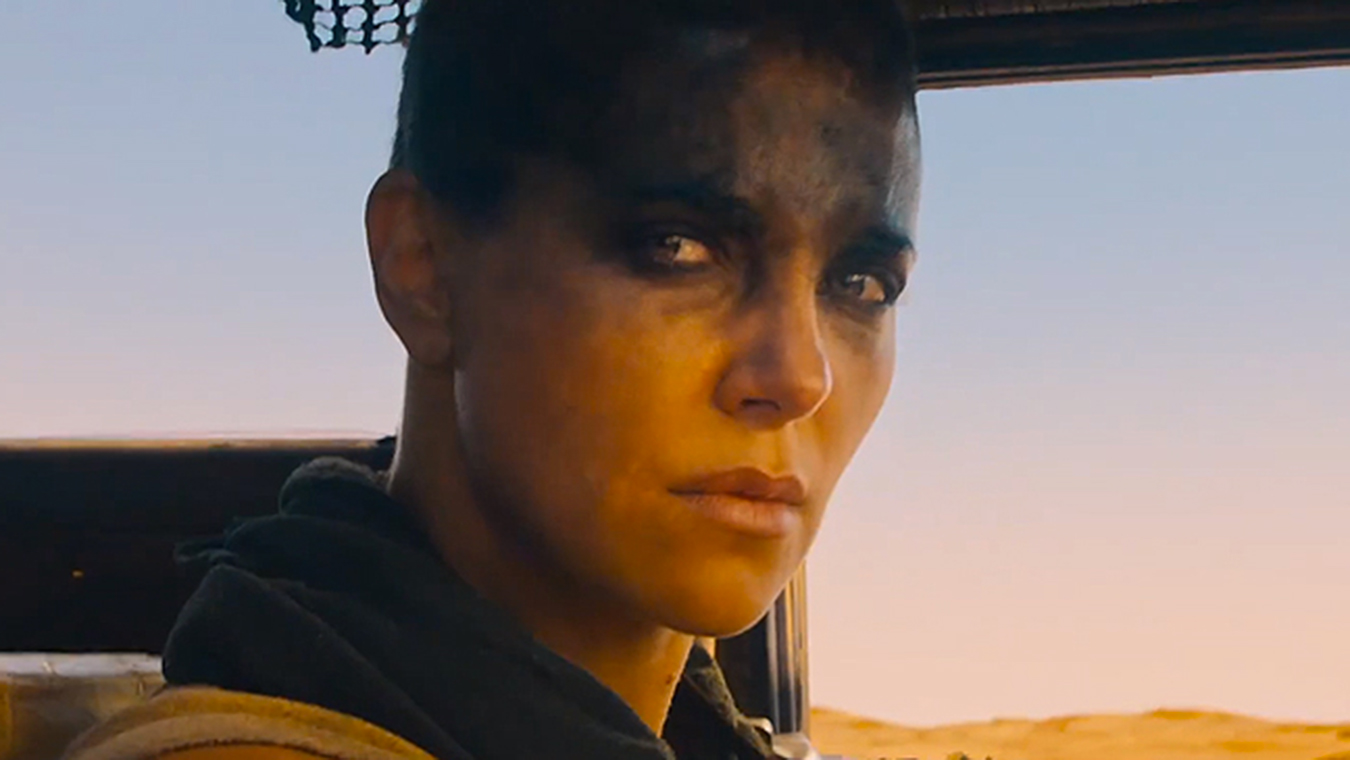 Above all else, Mad Max: Fury Road is blessed with perfect timing. The gonzo-action blowout is rolling into theaters two weeks after Avengers: Age of Ultron, the latest Marvel film that’s earning attention for its gradually worsening treatment (and, in one respect, erasure) of female characters. If you happen to think Age of Ultron engages in toxic pop-casual misogyny, perhaps Mad Max: Fury Road is the antidote, with early reviews praising the film’s feminist overtones alongside its visual symphony of carnage. Director George Miller went as far to have activist and playwright Eve Ensler (The Vagina Monologues) as a consultant for the film. (Expectedly, there are people who aren’t happy about this.)

The film’s titular star, Tom Hardy, has already suggested that Fury Road’s female lead, Charlize Theron, does much (if not more) of the smash-and-bash heavy lifting as the desert-traversing Imperator Furiosa. Theron’s clearly been positioned as the film’s focal point; she’s front-and-center on one of the film’s posters, and her Furiosa will presumably be an even greater focal point for the next film in the franchise. Even in the unlikely event that Mad Max doesn’t continue from here, Theron’s future as a Serious Action Star seems all but cemented — she’s recently been attached to an adaptation of the graphic novel The Coldest City, helmed by John Wick directors Chad Stahelski and David Leitch.

Fury Road is not the first time Theron has taken the lead in a high-profile action flick, though: That’d be 2005’s sci-fi flop Aeon Flux. The second feature from Karyn Kusama, whose 2000 drama Girlfight made critical waves, Aeon Flux is an adaptation of a dystopian Gen X–era MTV cartoon. The show featured little dialogue and a protagonist who frequently died at the end of an episode. The movie could have been a fascinating break from the oft-masculine action film status quo, but the resulting product was dull and sterile, with a narrative structure that felt incomplete. The film’s production was fraught with issues, too — its distributor, Paramount, changed administrative hands a whopping three times during production, and a brutal editing process (the film was cut from 100 minutes to 82) caused Kusama to nearly take her name off the film.

For Theron, Aeon Flux was hardly a successful foray into action territory (an on-set injury that resulted in nerve damage surely didn’t help); her chilly performance is made worse by the ambivalence of the material itself. Nonetheless, she exerted a basic level of force and agency — a considerable leap from Theron’s first actioner role in 1996’s 2 Days in the Valley.

In her credited feature-film debut, Theron registers as a mere blip in the silly-stupid John Herzfeld–directed Tarantino rip-off. Theron’s climactic fight scene with Teri Hatcher, triggered by a sexual indiscretion between Theron’s Helga Svelgen and the deceased husband of Hatcher’s Becky Foxx, doesn’t so much fail the Bechdel test as it does spell out the words “Bechdel test” in finely cut cocaine that is inhaled by a $2 bill.

For Herzfeld’s follow-up, 2001’s 15 Minutes, the director reunited with Theron only to cast her in another bit part, this time as a proprietor of an escort service.

The path of Theron’s action-film history between 2 Days in the Valley and Fury Road is cratered with uninteresting potholes: a safe-cracking wizard reduced to attractive bait in 2003’s The Italian Job remake; a double-crossing femme fatale figure in the 2000 heist-film-as–Ben Affleck punch line Reindeer Games. Her turn as an ageless superpowered healer in 2008’s Hancock was buried in the marketing onslaught focusing on Will Smith.1 In a fascinating near miss, Theron was the first choice to portray heroine Elizabeth Shaw in Ridley Scott’s Prometheus but had to settle for a smaller role because of her schedule working on — full-circle moment here — Fury Road. Noomi Rapace’s performance as Shaw was a highlight of the delightfully inscrutable Prometheus, one imbued with raw intelligence and vulnerability. Bad luck be damned, Theron would’ve killed it, too.

And that’s because (no duh) Theron is a top-rate actor, one of the film world’s most valuable living talents — a fact completely lost when taking in this selective filmographical history. Theron can do anything, and she’s proved it many times over. As the mentally challenged Rita in Arrested Development’s near-perfect third season, she struck a delicate balance between over-the-top exaggerations and winsome naïvetè with a role that, by today’s standards, would scan otherwise as decidedly offensive; her frustrating, occasionally sympathetic Mavis Gary in 2011’s Young Adult explored similarly opposing pathos. (It barely needs to be said, too, that her Oscar-winning turn in 2003’s Monster is a titanic, decade-destroying performance.) The action material Theron’s been presented with has largely failed her for nearly two decades, so the possibility she’s finally finding a capable vehicle in the genre — one that withstands the serious weight of her ability — is a thrill ride in itself.

Grantland Summer Movie Preview: ‘Talk Me Into This’